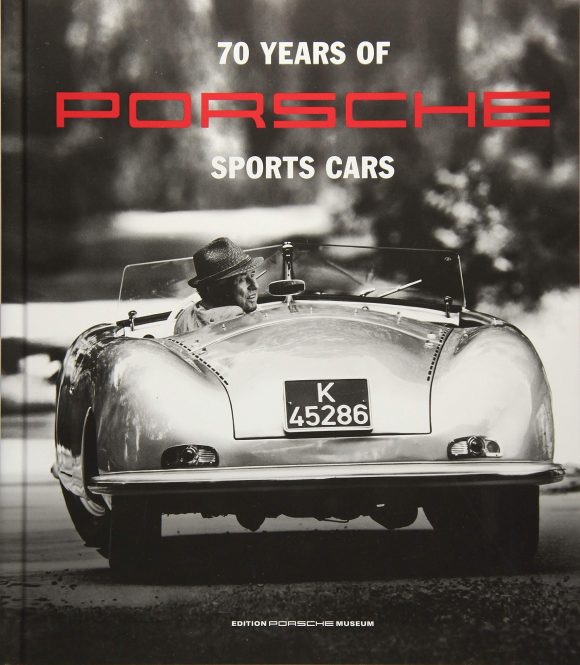 Porsche began as a maker of sports cars, and it turned 70 the year this book came out. True that. But no matter what the title may imply, the book is not really about sports cars.

If you are the sort of person who makes a point of flashing his Porsche-logoed socks when you cross your legs, this is your book. Nothing wrong with that; you just like Porsche for reasons other than the hard-core driver does. You like the “idea” or “ideal” represented by the Porsche brand in its various manifestations (Porsche does way more than cars). A clue, from p. 31: “Porsche as a concept of living differently from anyone else.” That quote is from the essay by Anne Philippi, a bi-continental lifestyle/culture commentator. At about the time this book came out she also had an article (a different version from what’s used here)  in the Style section of Porsche’s Christophorus Magazine (1/2018) that began: “Long after the digital revolution runs its course, sports cars from Porsche will still be the expression of a special approach to life.” Much rolling of eyes ensues. 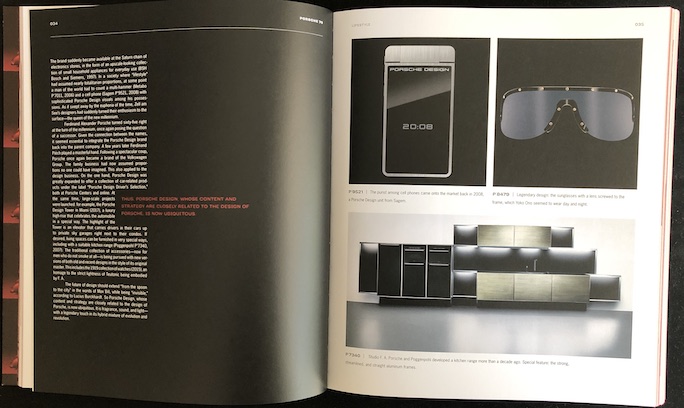 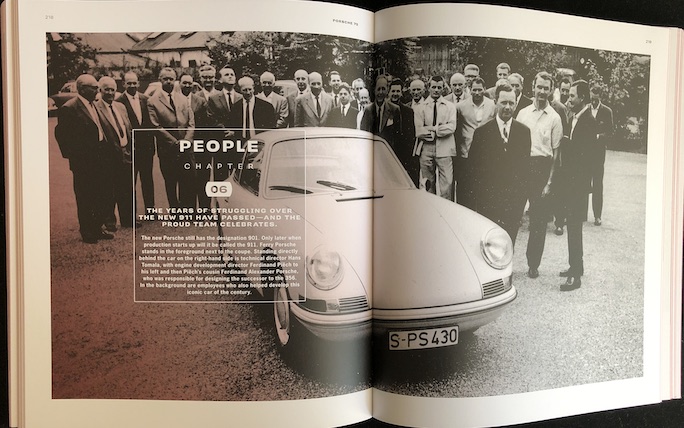 That she got arch Porsche collector Magnus Walker to give her a quote will surely be held against him; the late James Dean and Steve McQueen obviously had no choice; the pairing of fictional character Hank Moody in Californication with a battered one-eyed Porsche really was inspired—but do Richard Phillips (actor) or Jil Sander (designer), or tennis stars Martina Navratilova and Maria Sharapova, or supermodel Kate Moss really give you a reason to hanker for the Porsche life? Actor Patrick Dempsey, a bona fide WEC racer—of whom Porsche likes to say “he personifies the values of the Porsche family better than just about anyone else”—well, that’s at a different level. 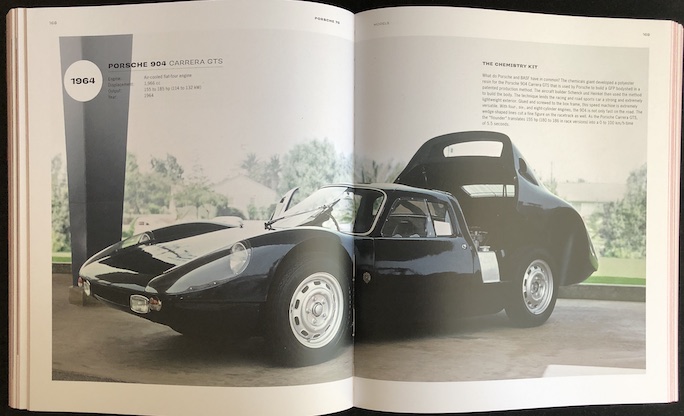 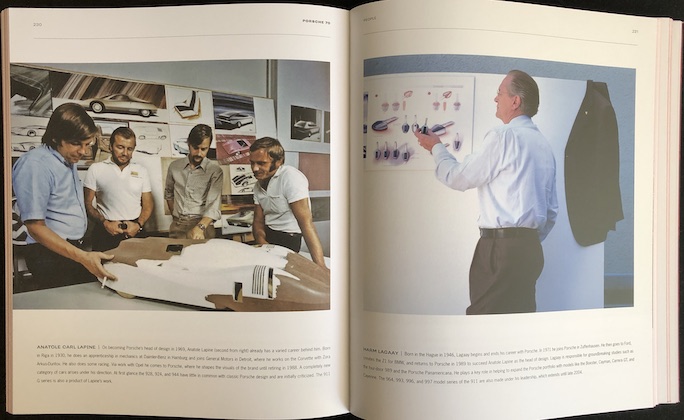 As would be the learned Paolo Tumminelli—academic, auto design expert etc. etc. etc.—who contributed to this book a treatise on Porsche Design (i.e. Porsche AG’s industrial and product design group and licensing business founded in 2003). A remark of his encapsulates, surely unintentionally, the dichotomy of this book: “The appeal of Porsche Design consisted very clearly in creating a connection to the circle of Porsche drivers—fast-driving men who ‘didn’t smoke pipes.’” Wouldn’t you know, Porsche Design does actually make tobacco pipes! Not for their “fast-driving men,” you understand. . . (Hey, you can even buy a Porsche shisha [a type of hookah] and it’s only €1650! So, how much is a Porsche logo worth to you?) 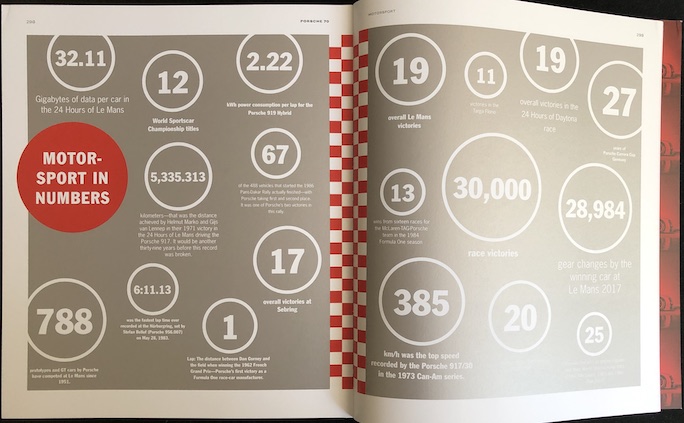 Enough of beating a dead horse. Besides, the book does have good points: nice photos all around, lovely ads, enough history to get you into arguments (ditto for the Top 10 list of Must Read Porsche books) and, on the bookmaking end, slick design and high production values. There are worse ways to spend $60! 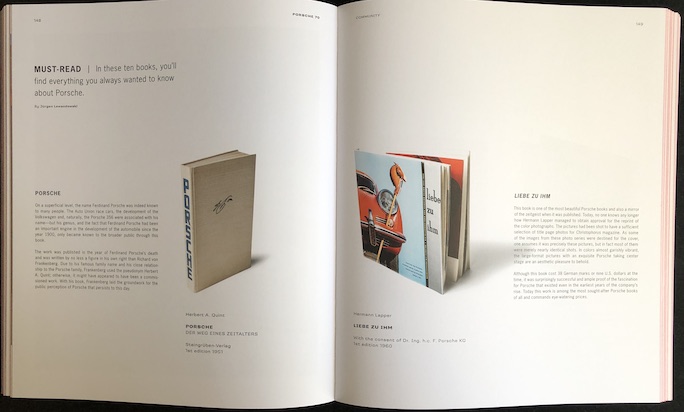 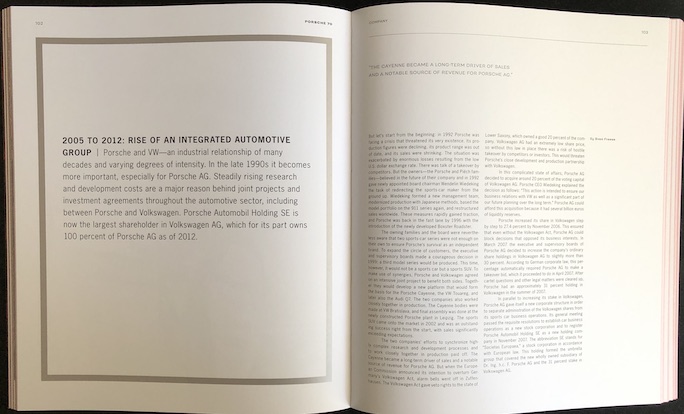 This book is co-labeled “Edition Porsche Museum” which means it is a collaborative effort between the publisher, who does a lot of Porsche books, and Porsche AG. It seems to have many fathers: 4 editors, 14 authors (contributors), 1 publisher, and 1 person credited with the “concept.” The latter is Josef Arweck, aka Porsche VP Communications since 2015 so it is no wonder that it should be someone wearing that  particular hat who came up with the idea of a “birthday” book. Seventy years is a stout age, for man or beast, and Porsche AG has and is having an exceptionally strong run. That they would add their own book to the pile of other people’s “70 Years of Porsche” books seems inevitable—but true enthusiasts, those who cherish the marque for its iconic cars, will think it a mixed bag. 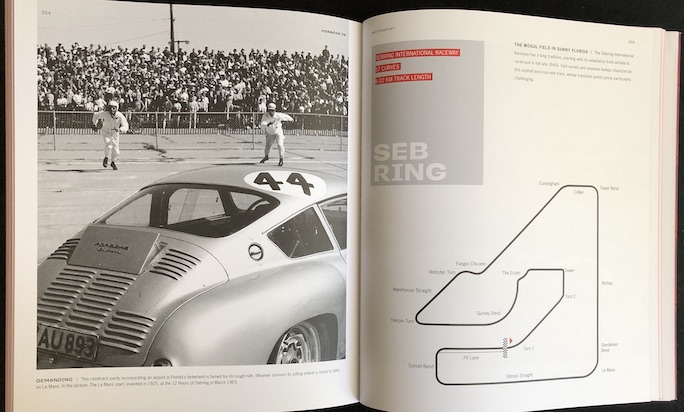 It is a sugary confection, with all the pros and cons this implies. If the word “sports” in the title drew your attention, know that the book touches on everything, from 914 to Macan (but, yes, also the race cars).