The Art of Gordon Crosby 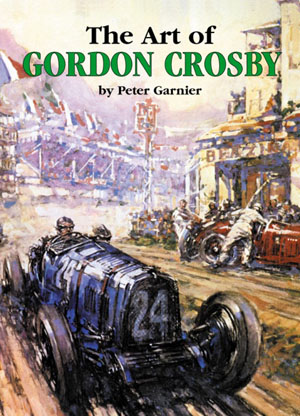 The British artist Frederick T. Gordon Crosby (1885–1943) was a prolific illustrator and held in wide regard but little had been recorded of his life. When this book was first published in 1978—in conjunction with a major exhibition of his work—it was the first attempt at organizing the snippets of fact and sort out the hearsay.

Thirty years later, this book has not been improved upon and so it has been reprinted as is for the benefit of a new generation of collectors. Some 350–400 pieces of Crosby’s art are known and even though it does not often come to market there certainly is unabated interest in it. Living and working in England probably hampered his visibility when compared to his contemporaries, say, a Peter Helck in the US, an artist of similar skill and with a known opus of over 600 pieces. Helck, it should be noted, said in Crosby’s obituary that “in his sphere, Crosby was the greatest artist there had ever been.” 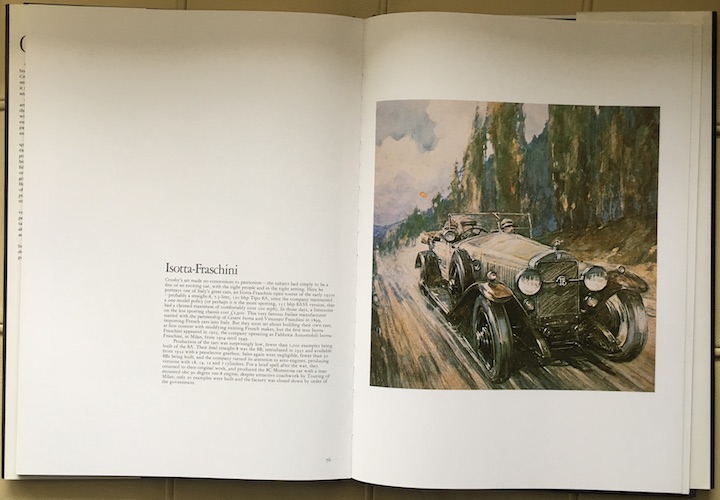 Much of Crosby’s for-hire work was done for The Autocar magazine and saw its greatest heights in the 1920s and 30s. The author, too, worked for The Autocar, as a reporter, starting several years after Crosby’s death, and came to find that he would recognize locations he was sent to on assignment from the Crosby paintings he had so admired in his childhood. This affinity for his subject informs the writing. 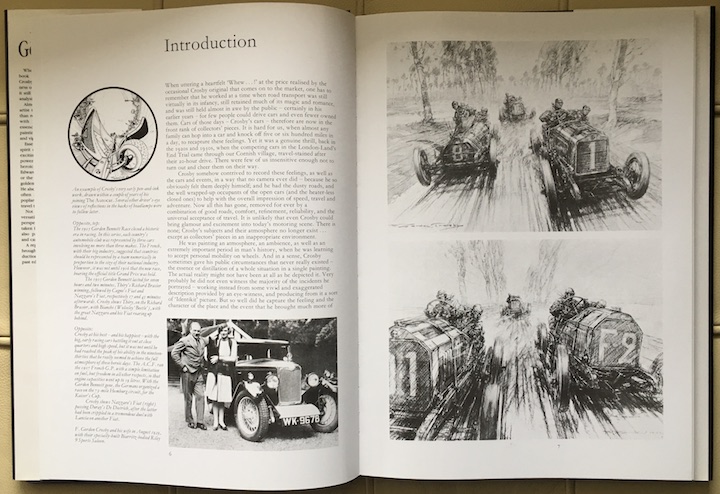 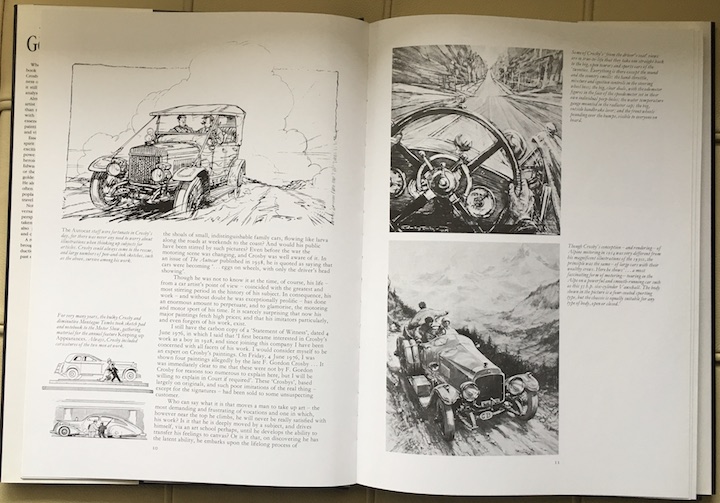 Making a distinction between “illustrator” and “artist”—and placing Crosby somewhere in between—Garnier introduces Crosby by describing not just his style but his sensibility. Crosby had not gone to art school or received any sort of formal art training but instead started his career as an engineering draftsman at Daimler (famously calling his colleagues “draughtsworms”). This facility for technically accurate renderings and an eye for proportion stood him in good stead later on in his paintings of machinery but failed him in his attempts at showing the people populating his pictures in an animated, lifelike manner. He was much more at ease planting people into his cartoons where their sketchy, wooden features did not seem a deficiency. 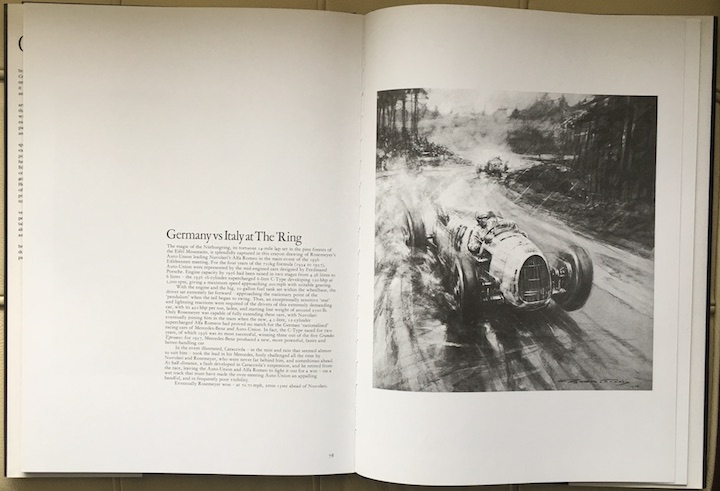 Garnier paints his own picture, in words, of the rather unique circumstances of Crosby and his cohorts starting out together. It is a quintessentially British story in terms of lifestyle, schooling, social circles, decorum vs. rebellion etc. From among Crosby’s early acquaintances would come lifelong friends and professional collaborators: S.C.H. Davis, Monty Tombs, W.F. Bradley, M.A. Millar, to name but a few. Garnier describes them as “a household of young people, all of them mad on cars and keen to establish themselves in good jobs in the infant motor industry.” A picture emerges of a lively “charmer of the first order,” unorthodox, and disdainful of authority. An even more volatile combination as he became increasingly sure of his talent and the place in the world it accorded him. The book describes his interests, working life, and freelance work but it is not a conventional biography. Little is said of his family and private life and it would be easy to miss the one sentence that explains that Crosby died of his own hand at the age of 58, devastated by the loss in combat of his oldest son, Peter, a World War Two RAF flyer who had begun to make his own name in motoring art. 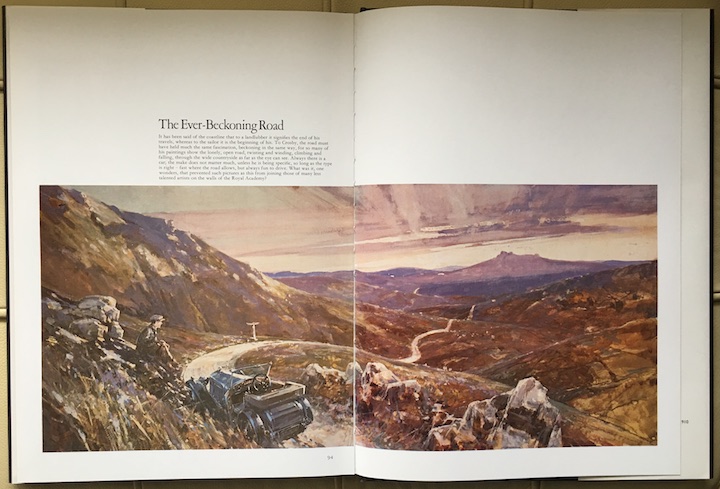 This first third of the book is illustrated with many extensively captioned b/w examples of Crosby’s work in different media and of different genres. It documents his emerging style, shortcomings (always the people), and gift for translating what he himself saw or other people told him into dynamic pictures. Some of his work would become absolutely emblematic of his time. The remainder of the book shows 32 representative examples of Crosby’s automotive art, mainly in charcoal or pencil and occasionally watercolor or gouache. His weekly contributions to The Autocar meant tight deadlines so he rarely had time for oils which he used mostly in his private commissions. Each painting is shown on a full page, by itself, and preceded by a detailed caption on its own page describing the scene depicted. There is no commentary on painterly issues or information about media, size, etc. Helpfully, if the painting is sideways, the caption is too so you don’t have to keep turning the book this way and that.

What Doesn’t Kill You . . . My Life in Motor Racing »
« Better Than Gold: Investing in Historic Cars