On a Global Mission, The Automobiles of General Motors International, Vol. 3 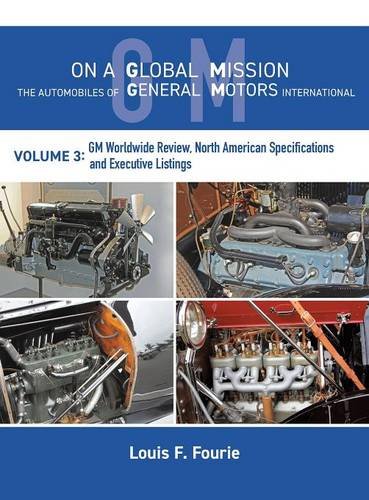 The concluding volume of this three-volume set about General Motors all around the globe contains the least amount of narrative yet arguably is the most information packed.

Author Louis Fourie describes it—at least on this volume’s Table of Contents (as you can see in the image below)—as nearly 500 pages of appendices. While it may seem that he intended this volume to primarily be a reference, the reality is that by the sheer volume and diversity of information it contains, it is apt to be a volume readers will return to frequently.

How Fourie was able to source the vast amount of detailed information his trilogy contains is as interesting as the books’ contents. To begin, it’s important to understand that Fourie, with his lifelong interest in cars and the industry that created and built them, is of sharp intellect, has an intrinsic curiosity to understand how the world and its processes work, coupled with the talent and ability to analyze without tainting it with his personal opinions and beliefs. 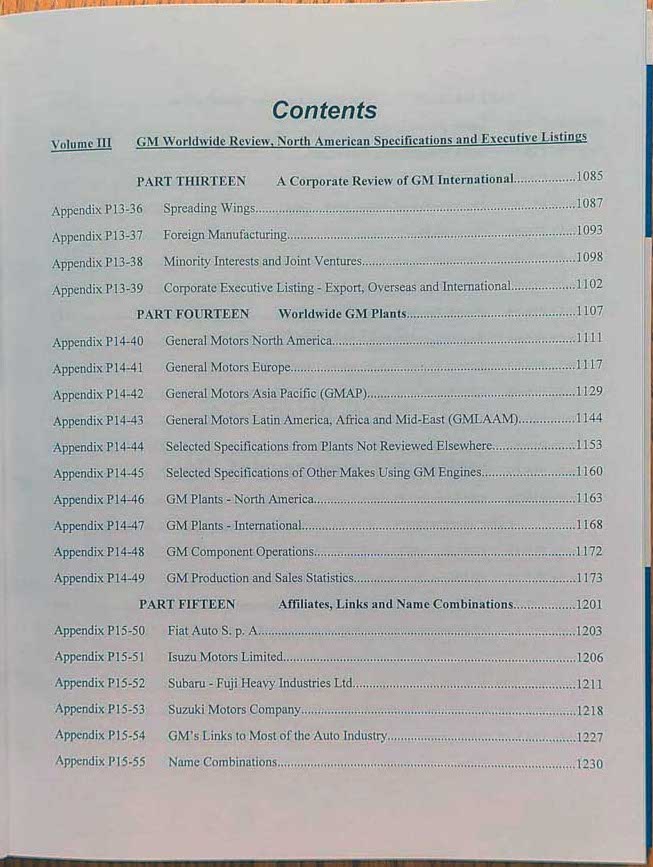 Then life placed him in exactly the right job with exactly the right employer, General Motors’ Overseas Operations. These three volumes he describes as his demonstration of “gratitude in return for the wonderful education and career GM provided me” that literally enabled him to see the world via the myriad locations of GM Overseas Operations to which he was posted and others that he visited, always networking with fellow employees everywhere.

Although Fourie worked within the finance function he also strove to “develop a network of people who realized that I was there to solve problems, rather than throw them under the bus from my analysis . . . Whereas finance usually pointed fingers at problems, I sought to work with engineers to find solutions and make sure these people got credit for their success. It is amazing how barriers disappear when working as a team that included the secretaries and who, along with production people, helped me solve issues. In retirement I had a goal; to provide the most extensive and detailed history of GM’s international automobiles ever written. Included is a complete presentation of specifications of all GM’s global automobiles.”

In the opinion of this commentator, Fourie didn’t merely succeed, he excelled. Matter of fact, when the men and women of GM’s own Historical Center/Media Archives first examined in detail the contents of these books, they were astounded first by the volume of information but then the specific details for much of it they had never been able to find much less assemble within the archives.

While, as said, this third volume isn’t as narrative or image rich, it does contain voluminous information in the form of charts and graphs and other listings such as can be seen in image below. It also contains the Index—thorough and detailed—for the entire three volumes as well as the bibliography and chapter references/end notes. In a sense, this is one cohesive work bound into three volumes with pages numbered sequentially; 1–611 in the first; 612–1083 in the second; and 1084–1570 in the third. 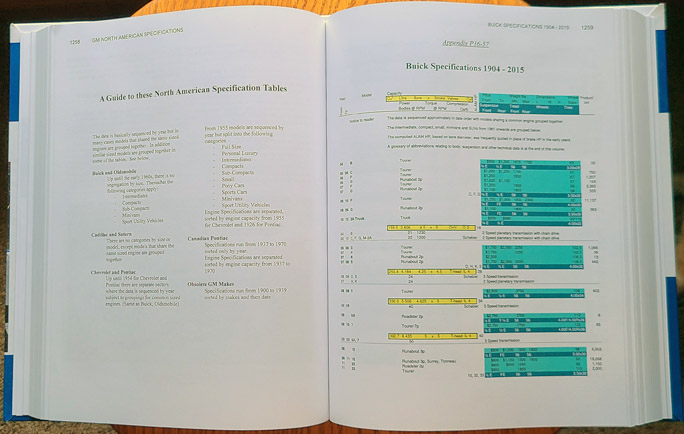 Volume 3 opens with an overview of GM’s international activities putting much of what the first two volumes contained into a global perspective before doing similarly with GM in North America as well as other markets around the globe. That is followed by charts describing GM plants around the world including what each produced and when. These charts put me in mind of the multi-page pullouts some trade publications such as Wards published periodically. These are followed by similar charts of plants that produced only components, not entire vehicles, followed by pages detailing GM’s global sales and market share year by year for each location.

All of the foregoing, plus what follows, only serves to so very graphically communicate the fallacy of those “buy American” advertisements. Important and laudatory as patriotism is, it’s better if it is based upon, engendered by fact and realities rather than stemming from advertising messages designed to appeal to emotions. 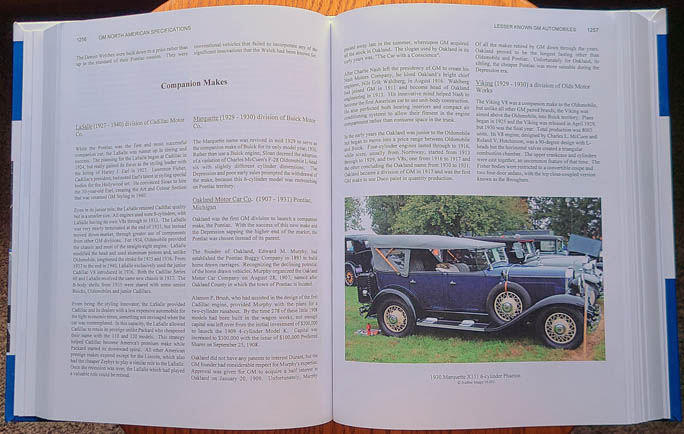 Two segments present some very specialized information. One, as shown, tells of the various companion makes GM has produced over the years such as this 1930 Marquette, a Buick companion. The other details GM’s “Early Orphans” such as Elmores, Scripps-Booths and Welchs, to name but three.

Fully the last half of this volume presents in great detail GM’s North American vehicle specifications by marque, entire vehicles in one with engines in another presentation. Then there are listings of executives and management 1908 to present. The book concludes with, as noted above, chapter end notes, bibliography and an index created with the care only a working historian would make the effort to create.

This three-volume set is by far and away the most comprehensive history of General Motors and its motorcars ever written and published. It would be a bargain at three times the price.