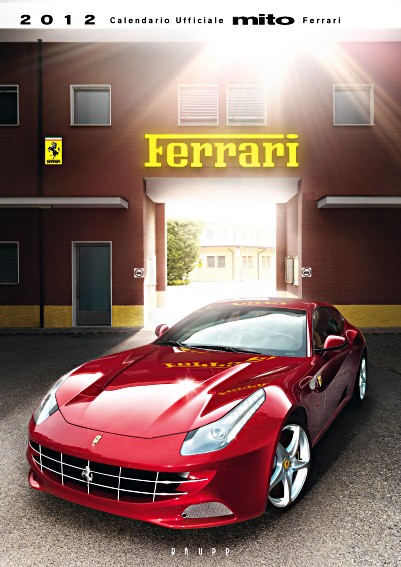 Imagine standing in front of this cover, in all its 27˝ x 19˝ (70 x 50 cm) eyeball-searing grandeur. If you do not feel something stirring inside you or forget to breathe, there’s something wrong with you—and you do not deserve to look at it anymore. Only 5000 of these things exist so move over!

Photographers, and even printers and others who deal with imagery, will feel one thing for sure: naked, bottomless, unmitigated envy. More on that later.

We normally do not review calendars here—but then this is no ordinary calendar. In fact you might as well put the whole calendar idea aside and just think of this as an assortment of 13 (counting the cover) oversize art photos that just happen to be held together by a spiral and have a hanger. Nailing a book to the wall just doesn’t have the same effect! The only concession this photo collection makes to possibly being used as a calendar is that each page is called a month and at the bottom is printed a small strip of numbers representing the days. 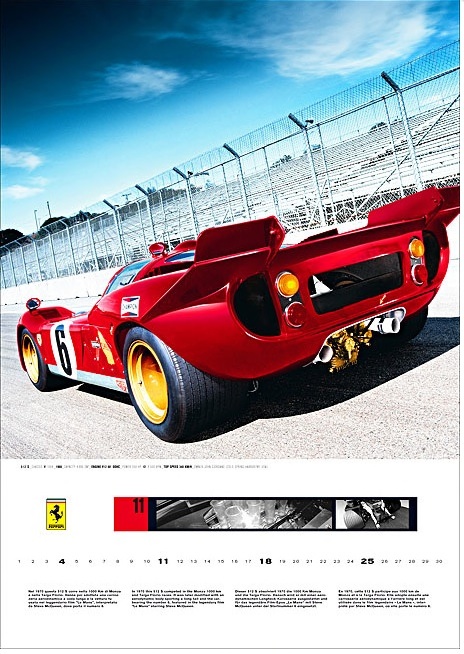 First of all a word to the wise—and another reason not to confuse this with your run of the mill calendar: once the new year has begun, calendar prices are drastically discounted. This won’t happen here. If anything, it’ll become more expensive because it is an ultra-premium, numbered, limited-edition, high-quality collectible. So, get yours while you can. In the US there is only one official distributor: David Bull Publishing who themselves produce ultra-premium work. It’s not cheap but you couldn’t buy three of these photos as individual mass-market prints for what the whole calendar costs!

These days the global release runs to 5000 copies (the number is stamped in the top right corner of the cover); it was 3000 for the first couple of years and has gone as high as 7000 in the more recent past.

Günther Raupp was an art/art history student in Germany when he discovered an affinity for photography. He had his first solo show at the age of 25, gained visibility, branched out into commercial work, and picked up private commissions. It was his purchase of a Dino 246 GTS that set him on the Ferrari path and in 1984 he began to photograph and produce his own Ferrari calendar that, with youthful hubris, he sent to none other than Enzo Ferrari. Who liked it. And thus began the Ferrari Myth calendar, now in its 28th consecutive year! Printed on heavy art-gloss stock (250 g) the images are of road and racing cars. Two to three b/w detail shots of the featured car are shown in small size at the bottom. Each photo caption lists model, year, chassis number, basic specs, and owner/location. A few lines at the bottom of the page recount brief history or other relevant details; this text is in Italian, English, German, and French. Since this is an officially licensed product, each page is emblazoned with the Ferrari logo. So much for the easy part. 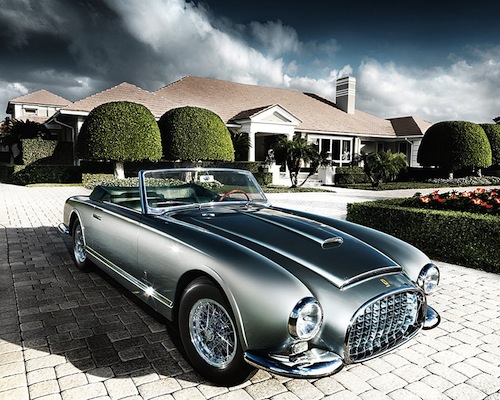 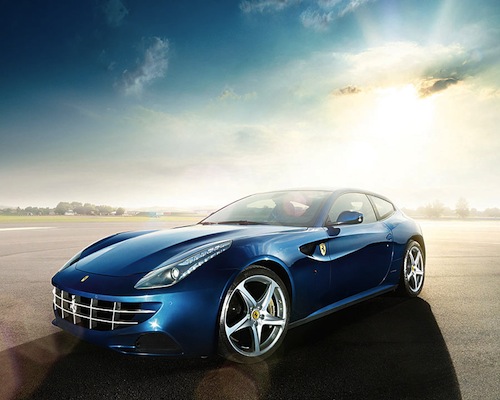 An artist needs to have something to say and command of his medium. One without the other is—mere noise. Raupp’s early work ticked both of these boxes. His Ferrari photos, as Enzo’s son Piero once remarked, distinguished themselves by capturing not only the form of the cars but their spirit. This specific sensibility gained another dimension after 1996, when Raupp added digital manipulation on the computer to his images. But in many cases, as appropriate, he does far more than basic retouching or “cleaning up.” Tone, saturation, sharpness, highlights are boosted in unusual ways. What you see here is an “extreme” version of real life, as if you’re wearing special glasses. In simple terms, the photos look more like airbrush work than photography. The images have a different “cast” and “dimensionality” to them than what you would perceive with your own eyeballs.

That said, Raupp does not change the fundamental truth of the image: with or without digital manipulation, the overall composition—what goes where, the backgrounds, the time/light of day, the dynamics of movement or standing still—are as he planned them in the first place. The digital trickery makes what is already there better, different. Take your time to look at the interplay of different surfaces. If you know how to take purposeful, staged photos—as opposed to off-the-cuff snapshots—yourself you will know the difficulties of accurately resolving, say, the dull sheen of rubber next to the harsh gleam of chrome, and the tiny flecks of gravel embedded in the tire tread and that same gravel reflected in the shiny paintwork of a curving fender, with equal and complimentary acuity. This is artistry, and technique, at a high level!

To lose none of that detail, Raupp does all the digital processing himself. And even then, everything can still go wrong if the printer isn’t on the same wavelength on the day that ink hits paper. All around then, this is a remarkably sophisiticated achievement.

Collectors can also buy individually created single photographs using an elaborate diaplex process. These are almost twice the size of the calendar (120 x 120 cm) and autographed by Raupp.

The calendar comes securely packed in a tailored inner box that fits into a Ferrari-branded red outer box—and if you get yours from David Bull, all that will then be stuck into an actual shipping box.