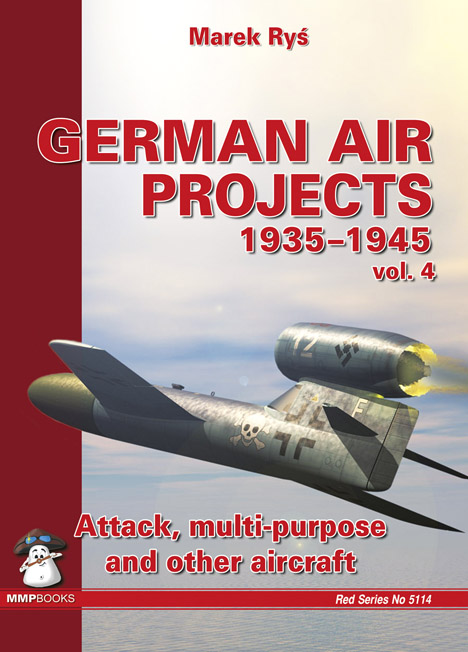 “. . .After the attack the pilot would start six solid fuel rocket engines and depart to a safe distance, where the aircraft broke into two parts that then alighted, together with the pilot, by parachute. The system would be recovered by ground teams and reassembled for another action.”

If this sounds like science fiction today, imagine what it sounded like in the 1940s when plans for this flying tank killer (by Zeppelin) were kicked around. How about an aircraft in which engine and tanks are mounted inside the fuselage and the pilot/copilot sit in a pod at the very tip of one wing and two gunners on the other one (Blohm & Voss P.163)? Or a fighter with ten jet engines stuck all around the forward fuselage (Junkers EF 009)? Or a “convertiplane” with engine inside the fuselage and props on the wingtips and whose entire outer wing could rotate for VTOL (WFG WP 1003/1)? Even today’s Bell Boeing V-22 Osprey tilt rotor still has teething problems with this concept! 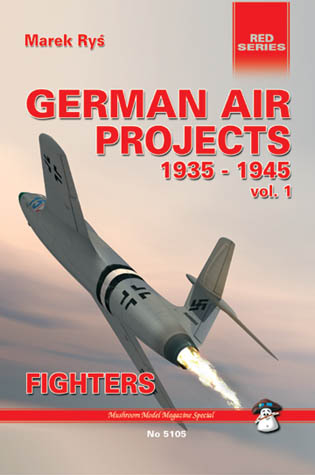 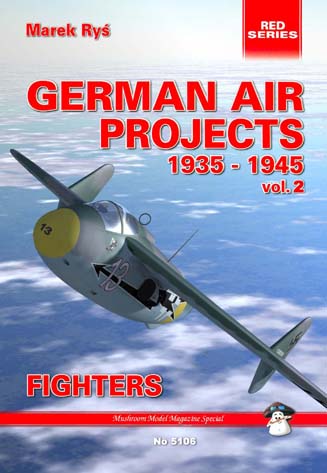 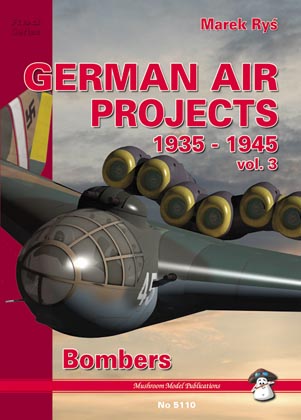 This is the fourth and presumably final volume in the German Air Projects series. The first three are already hard to find so you’ll want to get your hands on vol. 4 asap, especially if you have the other ones already.

This is because vol. 4 buttons up a number of loose ends from the earlier books which each covered a specific aircraft type or role. This new volume concentrates on aircraft that defy such straightforward classification; in fact, more than half the book presents “other designs” that are rather on the fringes of imagination let alone technical possibility. The reader who will most appreciate this effort is one who already has pretty good grasp of experimental craft in general and the German Luftwaffe of WWII in particular, or someone with general curiosity about aviation engineering. Needless to say, modelers will find endless inspiration here.

After a mere half page of Introduction, the book launches right away into an alphabetical treatment of makers, further divided by model or design number. There is a whole, and growing, branch of Luftwaffe research known as “Luft ‘46” or “What If” that occupies itself with investigating what direction German aero engineering would have taken if it had existed beyond 1946 and not been dismantled after the end of WWII. Those specialized readers will lament the lack of citation of any sort of reference or source material. The text does include occasional reference of dates, test, or documentation pertaining to certain projects but by and large a reader won’t even be able to corroborate, say, the model or project numbers Ryś uses. This is not a huge issue; it just makes it difficult to integrate this work with other. 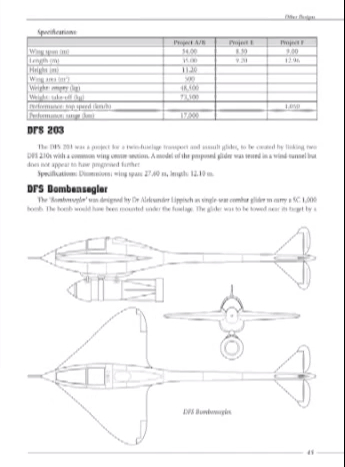 The individual entries range from as little as one paragraph to several pages. There is no Index and the Table of Contents lists only makers not models so the only way to find anything is to thumb through the entire book every time. Which is probably just as well because unless you already know the model numbers (not likely!), there’d be nothing to look up/for anyway. In other words, this is a journey of discovery. Dimensional and performance specs are worked into the text or, less often, appear in tabular form. There are commendably few typos, all totally minor without any of the butchering of Umlauts and misspellings of proper names that usually make such books agonizing to read. The meaning of the often colorful German model names can in some cases be inferred from the text but to get the most out of them you’d need to know the language. 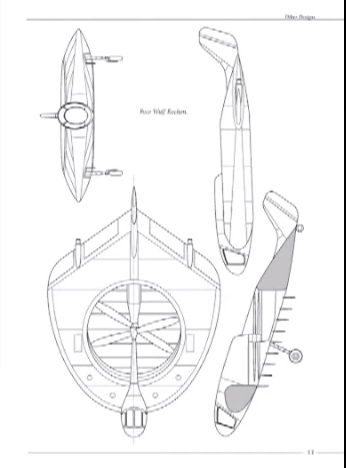 Ryś has published extensively, in English and his native Polish, on aircraft of all era and has a preference for early aviation. Poland—certainly 20, 30 years ago—was absolutely not a place in which it was easy to acquire foreign publications (or model kits) and therein lies the root for Ryś’ unusual skill set: he had to learn to look harder and he had to make his own models which forced him to look harder still and suss out the sort of micro detail others didn’t. It is probably the research he does for his staggeringly detailed models in the first place that then leads to books about them. Having already created hundreds of technical drawings he became an early adopter of computer generated 3D graphics and turns out top-notch fully fleshed out imagery. All the illustrations in this book are by him; on 48 color pages at the back of the book they depict multiple angles of nine different machines. None of these ever flew but you wouldn’t know it from these photo-realistic images. Also included is a number of 3-views but without dimensions. 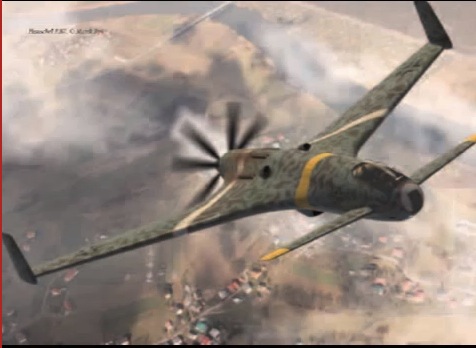