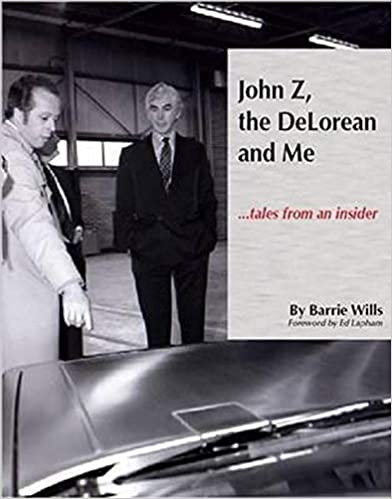 The English author Barrie Wills was a senior figure at the DeLorean Motor Company Limited (DMCL) during its brief life. Initially he was recruited as the Director of Purchasing, with the job of overseeing the signing of suppliers and negotiating contracts for the myriad of components needed to create the DMC-12. This was a daunting task given that John DeLorean had promised the UK government that the first cars would be rolling off the production line in just 18 months. Wills subsequently held a number of positions including that of CEO, albeit when the company was in receivership.

If you want the definitive story of the Giorgetto Giugiaro design; the establishment of the facilities at Dunmurry in Ireland; the creation of prototypes; the sourcing of suppliers and components; subsequent production; and eventual receivership, this weighty, 344 page tome is the book for you. Unfortunately, because of the extent of detail Wills has included, it’s not an easy book to read. The author seems to have named, and in many cases provided photos of, just about everyone he had any contact with, both within the company and outside, even if they are not an important part of his story. For me, the inclusion of far too many characters created confusion and detracted from a good tale.

Although there is not as much detail as I hoped for about the business dealings and financial shenanigans between Lotus and DeLorean, there are good stories about the Lotus involvement in various elements of the car’s engineering. Wills’ description of the relationship between the DMCL staff, some of whom were located at Lotus, and the Lotus management makes for amusing reading, especially when DMCL decided to relocate its people, plant and assets to Dunmurry. Lotus got up to all sorts of tricks swapping its tired equipment for the relatively new DMCL inventory. 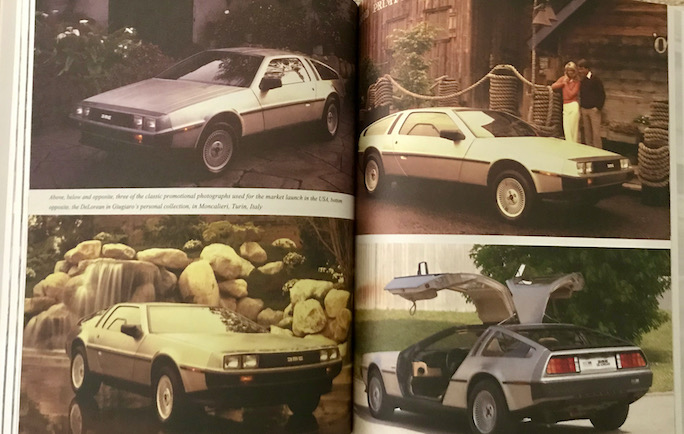 Wills debunks the myth that the DMC-12 is simply a reclothed Lotus Esprit. “Many motoring journalists have claimed over the years that a DMC-12 is an underpowered stainless steel Lotus Esprit Turbo—it is actually the other way around—the Esprit Turbo is a plastic-bodied DMC-12, albeit with more oomph! Lotus’ chassis engineer, Mike Foxon confirmed in 2013 that, based on the near common design of the rear suspension alone, this revision of ‘history’ is valid.”

There is surprisingly little about GPD Services, the mysterious Panama-registered company based in Switzerland that became the recipient of some of the UK government grant money that should have gone towards the establishment of the car company but never did, and that eventually caused Lotus’ Finance Director, Fred Bushell, to be jailed. Wills does, however, return to this scandal late in the book when dealing with the company’s receivership and demise.

Annoyingly he refers in passing to the Marion Gibson affair, but provides no further explanation, so I had to resort to an online search to discover that the woman in question was not, as I first thought, John DeLorean’s lover, but the British office manager who couldn’t understand where all the money had gone and took her concerns to a Tory MP. A police investigation revealed nothing. I find it strange that Wills chose not to include a paragraph about something so important. There are plenty of paragraphs he could have removed to make space.

One fascinating tale in the book is that of the attempt Wills and Chuck Bennington (DMCL’s first Managing Director) made to save the company. I was unaware that DeLorean came so close to surviving under a plan to scale it back to a low volume manufacturer of the DMC-12 and Triumph TR 7s, the later under a different name. From the information provided by Wills, the consortium’s plan was well conceived and would have provided a thousand desperately needed jobs to the strife-torn region of Ireland. Margaret Thatcher was dismissive of the plan, even though further government funds were not being sought. 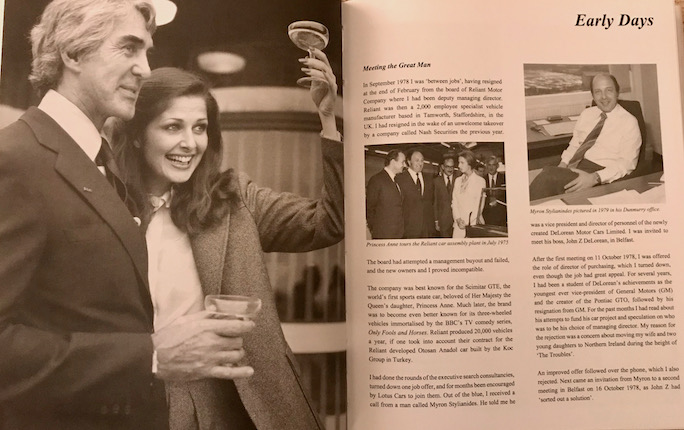 Wills also tackles other myths, particularly some of those written by the tabloids about John DeLorean. The man clearly led a film-star lifestyle, but it appears that many of the more colorful stories were simply made up. What is revealed is DeLorean’s penchant for distractions and bad decisions that helped to push the company towards its demise. For example, his demand that the company produce gold cars for an American Express promotion that he had dreamt up, further stretching already extended resources. Likewise, his disastrous decision to increase production, pushing the factory into a second shift with insufficient time to train the required personnel.

If you are a DeLorean devotee, and can be patient, then this book is a must for you. It will also prove to be a valuable reference source. There is an adequate Index, an addendum that contains notes from various people both directly and indirectly involved with DeLorean, and various other notes including a Cast of Characters. But if you want a quicker read on the same subject, get hold of a copy of Nick Sutton’s book, The DeLorean Story – The Car, The People, The Scandal. Sutton was employee number 16 at DMCL, close behind Wills who refers to Sutton’s book as an “excellent history.”

John Z, the DeLorean, and Me

Tales from an Insider

Posted Under: Automobiles, US | Author: Peter Hill | No comments yet