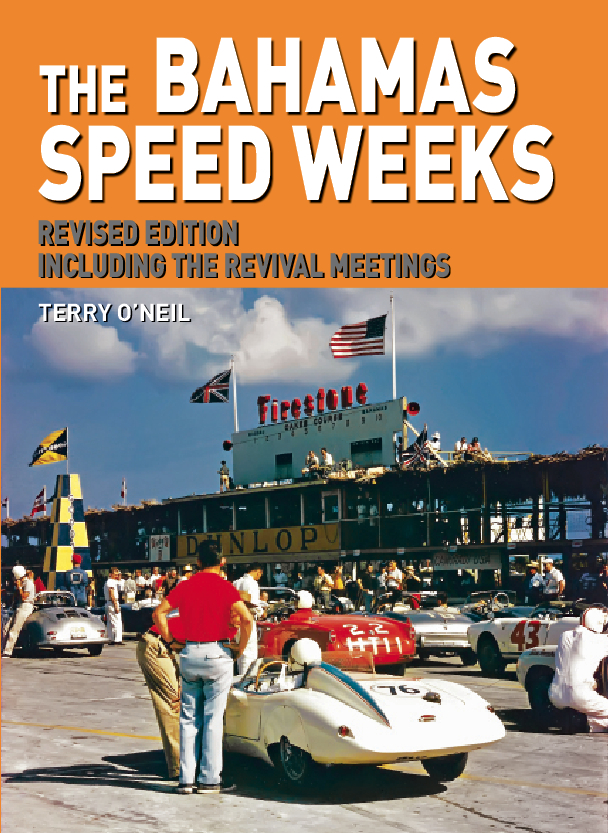 “The Bahamas Speed Weeks would in modern parlance be defined as a marketing phenomenon of the mid-1950s and early 1960s—an exciting strategy designed to increase tourism onto the Bahamian island of New Providence by extending the tourist season forward.”

So this is what a book wants to be when it grows up! In this case this is not just a figure of speech because this is the second edition of a book first published in 2006 by a different publisher with a different publishing philosophy. What was once a competent but rather Spartan book is now an all-hands-on-deck feast of color and typefaces and clever layout—and 20% taller. And it’s as competent as before because the text has largely carried over, augmented by some 6000 words of clarifications, new data, and entirely new sections. One chapter has been added but it is so sparse that it alone would not justify turning the old book into a doorstop. A few hundred additional photos are, on the other hand, a good reason.

Since the publication of the 2006 book, and in keeping with the general upswing in revival and commemorative motoring events, the Bahamas Speed Weeks have been dusted off too, in a manner, and therein lies the impetus for the new book. Since 2011 there have been annual Revival meetings and they are covered here. O’Neil also now devotes a few words to a subject he could have included in the first edition already, the two prior attempts to bring Speed Weeks back in the mid-1980s and again in 1997.

Of course, no modern interpretation of a racing series from the 1950s and ‘60s can even remotely replicate either the actual form or the atmosphere of the original event. The latter in particular was utterly unique to the Bahamas event that saw acclaimed professional and amateur drivers come together for a grand finale at the end of the racing season. Points won here didn’t count [in all but the last years] towards the championship so participants applied their hard-charging triple-A personalities to the partying with as much, or more, vigor than the racing. A shot at decent prize money didn’t hurt either because the long winter ahead would be costly for many in terms of downtime and the inevitable repairs/rebuilds after a season of hard racing.

O’Neil examines the 13-year-run of the series in all its aspects. Denise McCluggage’s splendid Foreword validates that he did right by it and, really, by her because she was there and she would know. And her first sentence validates that trading her driving goggles for the journalist’s quill/keyboard was an inspired career choice. She writes, “Like the implementation of many good ideas, Bahamas Speed Weeks started tentatively, swelled into popularity and then chocked on its own success. The sea swallowed it like a tropical sunset.” And she ends by saying that O’Neil’s book makes her sorry for those Speed Weeks in which she didn’t participate.

The reader is directed to our review of the first book for comments on O’Neil’s methods and sources. The new text in the new edition is most evident in its last three chapters (16–18), two of which used to be Appendices 1 and 2 in the old book. Now expanded, they were and are peripheral to the main story but make a good transition to the all-new chapter, 18, that covers the 2011 and ’12 Revivals in a format similar to the original races: overview of the racing, cars and people, results tables, photos. The subject is introduced by David McLaughlin who describes himself as a “Historic F1 Driver and Events Organizer.” This hardly explains why that qualifies him to have been appointed the Event Director of the Revivals unless you know that he’s been doing this for some 25 years and it was he who founded FORCE, the Historic European Formula One Race Car Entrants. (Incidentally, his wife Lorina, a bona fide racer and BRDC member herself, is involved as well.)

In the 2011 results table O’Neil makes a point of calling out a Maserati 450S that had attended an original Speed Weeks back in the day. As noteworthy as this is, an old car can be rebuilt—a person, not so much. Would posterity not have been served by having it recorded that there was also a driver from the olden days? and that this was not just anybody, but cherished SCCA personality Anatoly Arutunoff who after signing up for the 2011 Speed Weeks suffered a life-threatening car-related accident from which he recovered just enough to strap on his new prosthetic leg to go a-racing? He received the first Spirit of Speed Week Award for this tremendous feat! If O’Neil had a reason for omitting this story, one can only hope it is a good one. 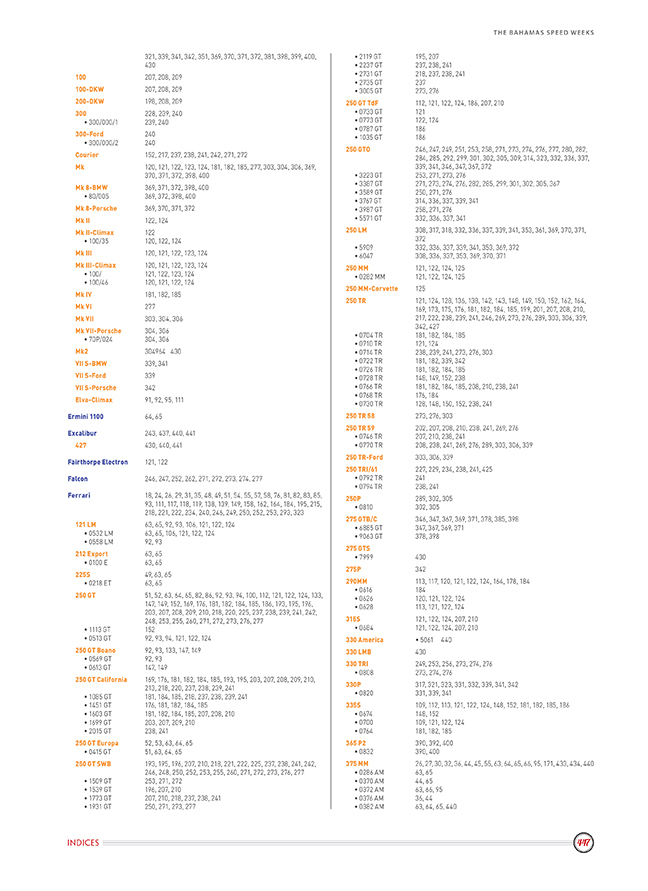 But, back to the good points. A side-by-side comparison of the two versions would disabuse even the unimaginative reader of the notion that a book is a book is a book. Even the—seemingly—simplest of changes, such as type size, column width, or line and paragraph breaks have direct consequences for user-friendliness, comprehension, and—not least—enjoyment. All the illustrations from the old book are in the new one (plus, of course, more), some larger, some smaller, some cropped differently, and very often in a different spot so as to better correspond to the reflowed text. A few cases demonstrate that bigger is not always better or that computer trickery such as tilting an image (cf. p. 20) results in distortion. The layouts are much more dynamic and the use of typefaces and other graphic devices in shapes and colors suited to the period is clever. The Index too is now a thing of beauty, containing vastly more entries and much easier on the eyes.

Bleeding Edge »
« Around the Circuit: Racing Car Transporters and Support Vehicles at Work