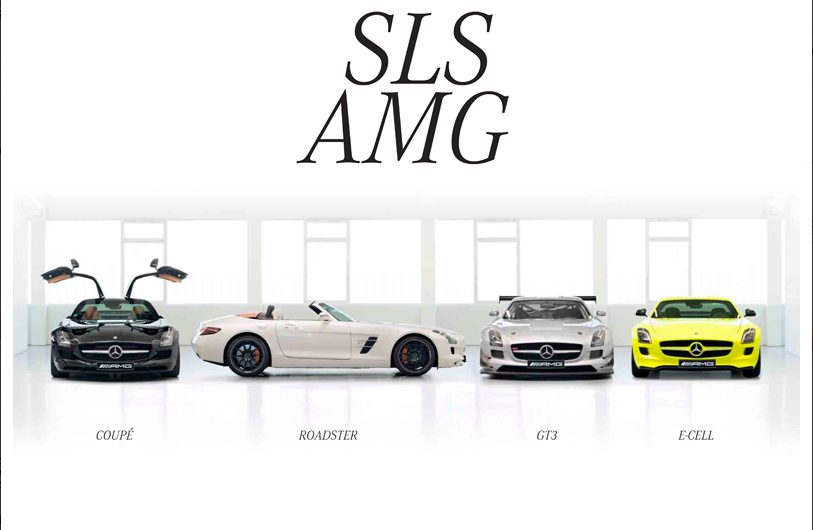 AMG, Mercedes-Benz’s in-house tuner, makes radical cars. Some make sense, some not so much—but all are fun, and all are expensive. Same with this book: radical / fun / expensive. Notice we didn’t mention “sense.” The pocket protector brigade will look at this book and consider it self-indulgent fluff, the folks who have an SLS or want one—as well as those who are into design, whether it’s a car or a book—will think it worthwhile. Looked at objectively this oversize, opulent, boldly designed and supremely well made book is absolutely worth the price of admission.

But, first things first: SLS production has come to an end after only four years. If you want one, stop reading and run to your dealer because the final edition of 350 cars, tweaked to an even higher spec, is sure to become even more of a collector’s item than its siblings. This book first came out when the SLS did, in 2010, and the revised and expanded second edition adds 16 pages. On the dust jacket the book describes itself as an ode and, assuming this word was chosen with intent, that’s just what it is: “An elaborately structured poem praising or glorifying an event or individual, describing nature intellectually as well as emotionally.” You wouldn’t mistake a birthday toast for psychoanalysis, so accept that this book is not a clinically detached technical opus, is not an independent critical assessment, is not a history of AMG or M-B or the ancestral 300SL—but it is also not a glorified sales brochure, no matter how much it looks that way on the surface. M-B certainly supported or perhaps even instigated this production but the people who wrote much of it are actual journalists with actual street cred to uphold. 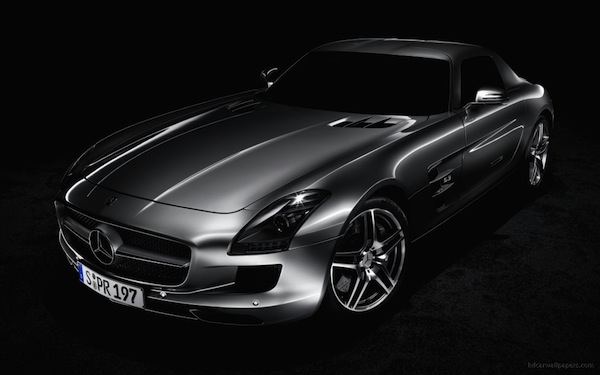 The opening quote is from the first essay, “On Sports Cars.” It is a one-page manifesto of what this specific breed of car is meant to be and what, by extension, informed the parameters for the SLS. Agree with it or don’t but it does put a marker in the ground; appreciate the SLS or don’t but there is no denying that this is a car in which intent and purpose and inevitability are evident throughout. It is art, it is sculpture, it is an enormous technical achievement. Of all the texts in the book, that first essay is the least “encumbered” by the book’s intent to sing the praises of this car with a uniform voice. By comparison, chapter 2 definitely has that sales brochure feel: moody b/w photos with minimal, headline-style text (“The wild heart of the super sports car from AMG”). Remember: “ode.” It’s all good.

The book is divided into 15 segments; calling them “chapters” seems inappropriate, maybe stanza is the word. All four variants of the car are considered—coupe, roadster, the electric car, the track car. Halfway through the book, a new note is struck. Beginning with AMG founder Ola Källenius, key people from AMG and M-B discuss specific phases of the project. A good amount of historic, technical, and general background detail is dispensed here. One voice that is absent here is that of “less is more” designer Mark Fetherston although his boss, Head of Design Gorden Wagener, is mentioned. As alluded to earlier, typesetting and design are bold throughout and the (almost) life-size headshots that accompany these sections are in an amped-up hyperrealistic photographic style you would absolutely not expect.

The car photos by René Staud Photography in the “SLS AMG Design” section have a similar effect, achieved by radical lighting techniques and are worth studying in detail! Only a simpleton (and they are out there . . .) would fail to comprehend the command of the medium here. This is as good a time as any to point out that the heavy-duty (coated?) paper is admirably fingerprint-resistant and that the 14.5″ page width offers a large canvas for a highly creative use of space.

While the book, in keeping with its mission, goes easy on hard-core nitty-gritty minutia there is one section in which more detail would really be helpful but there are probably privacy or nondisclosure issues that do not allow that. This is in regard to that 4th-story New York loft by Loebell Architects (except for burying their name in the acknowledgments the book doesn’t even mention that!) with a glass-bottom elevator platform on which reposed a red SLS for a US launch event. 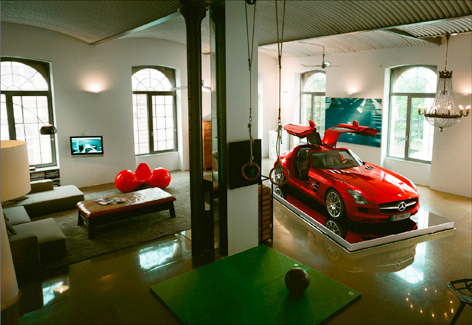 It is no accident that this book won the 2010 iF Communication Award as well as a bronze Berliner Type Award and took silver in the 2012 Best of Corporate Publishing show. Much like the car itself, the book will push buttons because it is so extravagant. One of the sections is entitled “Open Mind.” That’s just what you’ll need.

Fabulous Flying Boats »
« Superman, The Ultimate Guide to The Man of Steel