The Intimacy of Terror in Three Classic Films 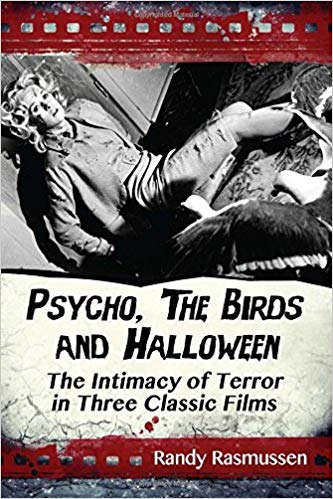 In 1993, at the Museum of Modern Art in New York City, the conceptualist artist Douglas Gordon exhibited 24 Hours Psycho, a screening of Alfred Hitchcock’s Psycho (1960) slowed down so that its 109 minutes stretched out for 24 hours. Extreme slow motion. In 1998 Gus Van Sant remade this 1960 classic, ambitiously trying for a shot-by-shot, scene-by-scene reconstruction (there are notable exceptions). In 2013 Randy Rasmussen also reconstructed the movie, in prose, using 74 pages. He also reconstructed The Birds (Hitchcock, 1963) and Halloween (John Carpenter, 1978) in the same way. He takes us virtually shot by shot, scene by scene into all three movies. Somehow Rasmussen’s book echoes the methodology of Gordon and Van Sant. All three projects, Rasmussen’s, Gordon’s and Van Sant’s, somehow strain the audience’s patience and goodwill. How? Why?

Even the most fervent art maven may have baulked at watching (as Gordon’s project would demand) a character eating a sandwich or entering a room and taking forty minutes to do so. Van Sant’s application drew negative criticism. The late Roger Ebert called it “pointless”, Leonard Maltin wrote that it was “slow, stilted”, and Camille Paglia opined that “it should have been a much more important work and event than it was.” Much if not all of this applies to Rasmussen’s work here.

For each of his essays, he laboriously describes camera placement, point-of-view, mise en scène, each character’s mood, action and dialogue. Although he probably doesn’t capture it all, he makes quite the effort to do so. This makes for slow and tedious reading. Throughout these prose remakes, Rasmussen weaves his critical theses and commentary, his ideas concerning the directors’ use of music and symbolism, for two examples, but his impressions become lost in the slow-going (ala Gordon) description of each movie. 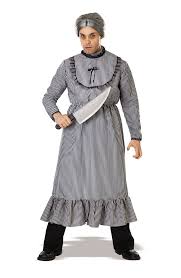 The reader would be better served if Rasmussen had followed the generally accepted form of film criticism: Assuming his readers know the film, and for those who have not seen it, a critic briefly summarizes the plot and the characters then builds a case for quality, impact and theme using explication, theory, logic and structured arguments. Because of his scene-by-scene approach, the reader finds it difficult to follow Rassmussen’s critical assumptions and these too easily become lost in his detailed narrative ofPsycho, The Birds and Halloween.

Horror fans may disagree. There is, after all, a fun factor in “reading” a movie rather than watching it. This is similar to published novelizations of popular movies. That Rassmussen often hits the mark finding foreshadowing and depth in what might be considered a throwaway scene, his noticing of the juxtaposition of the Rockwellian with the macabre, and his familiarity of and appreciation for his subjects cannot be disregarded. Buy it? Why not? Take a stab in the dark. It may not kill you.

The Intimacy of Terror in Three Classic Films

Posted Under: Movies | Author: Bill Wolf | No comments yet

Rolls-Royce »
« Built to Better the Best: The Kaiser-Frazer Corporation History