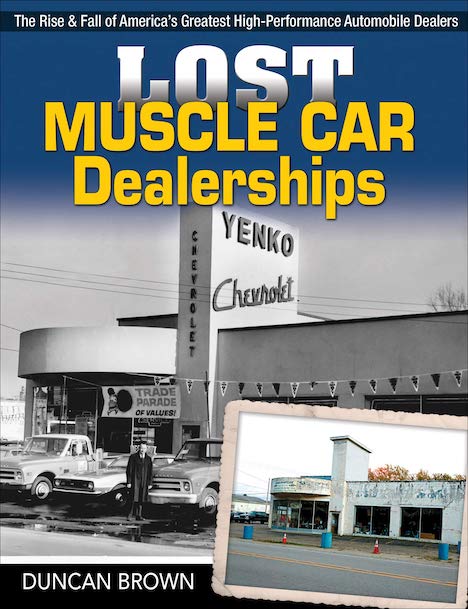 Most of the featured dealerships in this book no longer exist other than as memories, the shared stories, some photos as well as a few of the fabulously quick machines in collections. As the collector car hobby has embraced this genre, publisher CarTech has been there to feed the interest with books such as COPO which was the acronym for cars created under a GM factory program called Central Office Purchase Order, the story of one special dealership both then and now in The Tasca Ford Legacy, Selling the American Muscle Car, Detroit Muscle and now joined by this most recent Lost Muscle Car Dealerships.

The dealerships written about are organized geographically beginning with several located in the Western US and Canada. Next are mid-continent dealerships, Alberta to Wisconsin, then Illinois followed by Michigan, Ohio and Missouri before arriving east in Pennsylvania. The book’s concluding chapter tells of a dealership with perhaps the most widely recognized name of all—among many notables—Yenko Chevrolet.

Each chapter launches, as the image directly below shows, with a handy little summary box that includes location, years of operation, the founder, and the current status. Before the chapter concludes there will also be a photo of the site today as the example seen in the second image below. In some instances the building is extant, other times it’s been replaced by condos or the like. 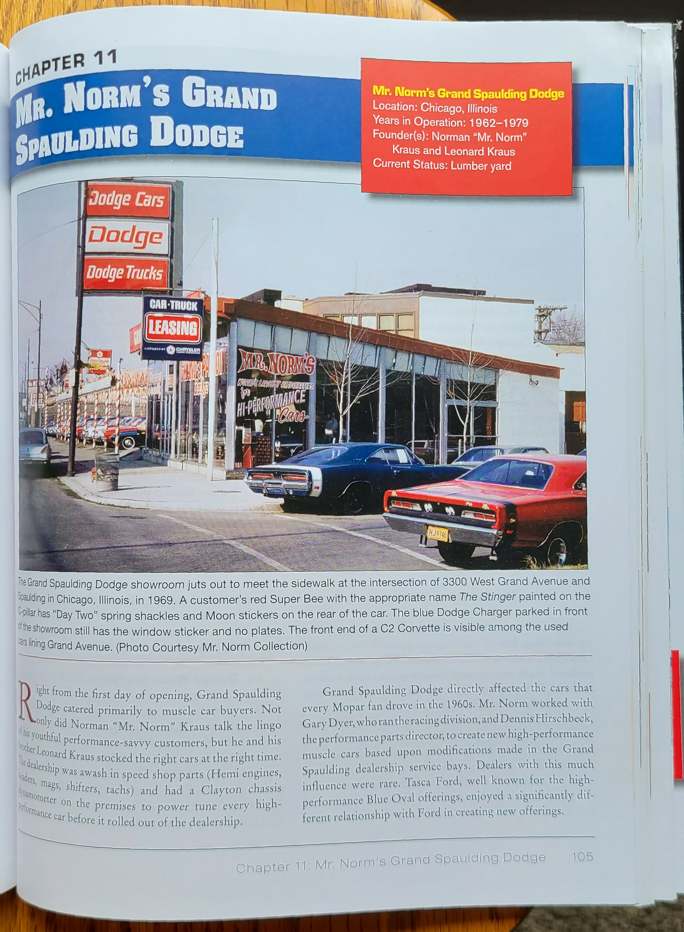 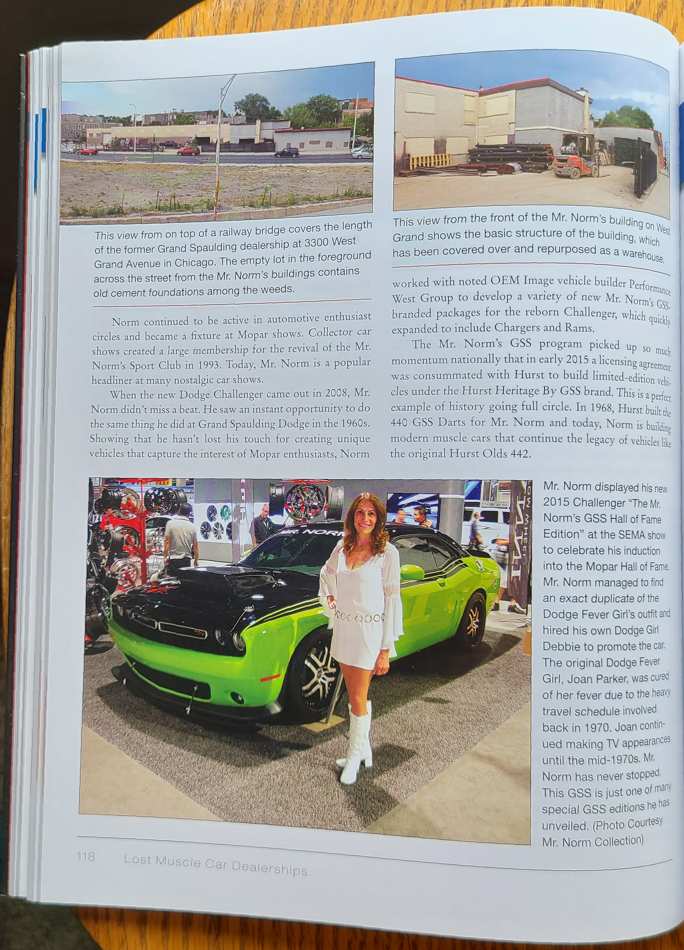 This book also contains a most welcome index. That said, the wise, aware reader will check the index each time there is something that it is judged will want to be found again because the index is not totally comprehensive. That quick check will afford the opportunity, if the item is not an index entry, to record a notation on a post-it and attach it to those index pages.

Lost Muscle Car Dealerships is, quite simply, stuffed—tightly packed—with information. A standout is due to featuring Canadian dealerships as well as those in the US of A which enabled author Duncan Brown to expound on Canadian iterations of various models. He observes that even when new, “No one from the United States knew what these cars were.” An example is the “Beaumonts: Pontiacs that Aren’t Pontiacs!” Then there were the Cheetahs built by the West Vancouver, BC Conroy Pontiac Buick dealership from 1965 to 1968. In all there were “not more than 50 Cheetahs built during its reign.” Consider what a coup that makes having one, especially either original or restored and running, in a current collection!

The book’s 17 chapters are ostensibly about 17 Lost Muscle Car Dealerships but therein is an anomaly. At least one of those dealerships covered is not lost. It has, in fact, been in business continuously from its 1915 founding to the current day. Reynolds Buick in West Covina, California is indeed storied and deserving of having its story told but the only thing lost was the proliferation of American muscle cars that are no longer being produced—not this particular dealership.

Under the heading of nit-picks your commentator laments the inconsistent spelling of automotive publication’s names—and not obscure titles at that. Just as you strive to spell the names of friends and family correctly, so too should writers and editors be aware that it is ever and always Car and Driver (no ampersand-ever) but Road & Track. As a piece in the April 18, 2022 issue of The New Yorker magazine pointed out, “Novelists are allowed to invent, and historians have to work with verifiable facts. They can’t make stuff up; that’s one rule of the game.” That edict extends to correct spelling of proper nouns which the name of a publication very much is. 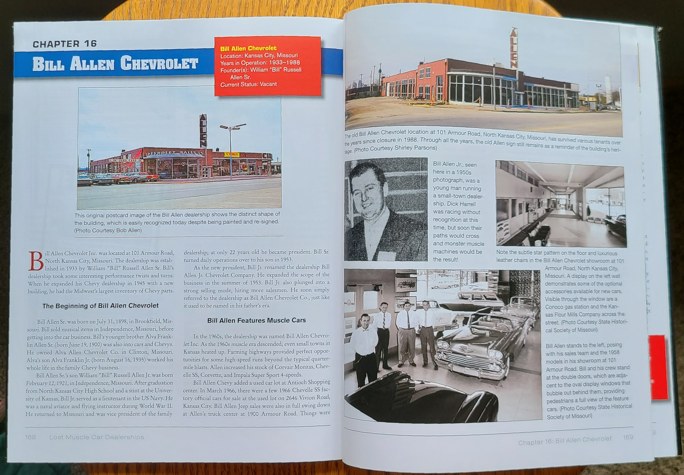 The opening pages of the next to the last chapter gives a clear look at then and now of Kansas City’s one-time Bill Allen Chevrolet and a glimpse of its bubble-windowed showroom where dramatic new car displays were staged.

As said earlier the book is packed with information of places, people and cars. Whether it’s someone who experienced the muscle car era of the 1960s into early ‘70s seeking to read about and recall the magic of then, or a reader who never had that first hand opportunity but wants to learn, this book has much to offer.

Time Flies: The History of PacWest Racing »
« The Car: The Rise and Fall of the Machine that Made the Modern World