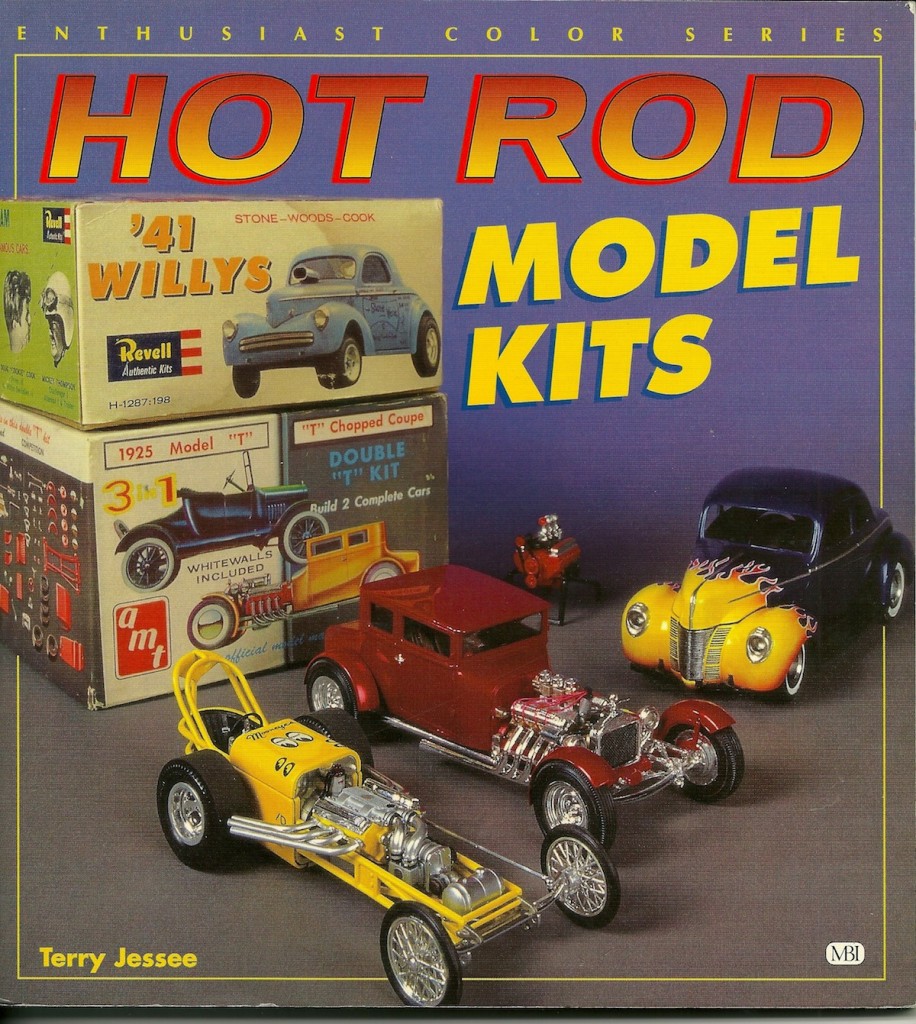 Being a man of a certain age, this book offers to me a sweet and deep sweep of nostalgia; and I cannot be the only one out there. In my early teens, I was captivated and hooked—to be able, with a minimum of skill and patience, to build and customize current GM, Ford and Chrysler offerings and to recreate variations on iconic hot rods was indeed a happy fantasy of scale and exhilaration. I say a fantasy of scale because in the imagination, the 1/24 and 1/25 models became either swooping paradigms of style or fire-breathing street and track machines—thus the exhilaration.

Frankly, I was never close to becoming a good modeler, but as George Toteff from MPC points out, this was a major part of the appeal and success of the industry: “It was the one-piece bodies…. The kits gave the kids a kind of instant success.” Car modeling has over the last several years achieved a renaissance of sorts as master builders such as Clay Kemp and Mark Gustavson at the National Model Car Builders’ Museum in Salt Lake City, grown men by the way, have pushed the hobby to a fantastic level of craftsmanship and detail, with flocked interiors, wired and plumbed engines, tiny painted brake calipers and more. But this book isn’t so much about the detailed possibilities of the model hot rod building hobby today, but it is rather a trip down memory lane for those of us, grown men ourselves, who may have spent some quality time, back when life was perhaps less complicated, with plastic sprues, hobby knives, glue and canisters of paint. The illustrations in the book—and the book is lavishly illustrated—do not show incredibly detailed miniatures, but rather they show models put together by competent builders who have built them out of the box.

And this is the appeal of the book. With each turning of the page, memories of a particular kit, the AMT 1925 Model “T” Double “T” for example—dump a Paxton-blown V-8 Lincoln into a chopped and channeled Model T and build a stock version besides—take one instantly to the pleasure centers of the brain; the refrain, I remember, I remember, happily sings there. Each chapter gives the history and details the catalogs of the various manufactures: AMT, Revell, Monogram—with the last chapter reserved for the little-known and/or minor players. The AMT Corporation is represented first, and this chapter gives an absorbing look into the history of these models. The first were aluminum—AMT stands for Aluminum Model Toys, and they were made for car dealers, back in 1948, when automotive stock was still limited, to show potential customers color variations.

We learn why the 1/25 scale was used: “It was an easy scale for engineers and pattern makers to use. Pattern bucks were sculpted at 1/10 actual size. During the tool-cutting stage, pattern makers used a pantograph to reduce the original form another 2½ times, resulting in a model that was 1/25 actual size.” These promotional models gained in popularity, were soon made from plastic, and in1957, they were manufactured in kit form and sold through hobby shops. From there, into the 1960s, the AMT model business took off—and, of course, other manufacturers got aboard. On page after page, it is shown how the hobby grew, becoming more sophisticated and complex as the years went by. Illustration after illustration—a 1940 Ford coupe with flames and fat tires, a 1957 Chevy with a blower bursting out of the hood, Ed Roth’s Beatnik Bandit, George Barris’s Ala Kart, Mickey Thompson’s Challenger I, dragsters and street rods and, yes, even the Monkeemobile and the Munster’s Coach—all add up to a fine and lovely trip through nostalgia and time. Many of the names you just read were interviewed for this book and the sidebar in the Revell chapter was actually written by Roth! Other interviewees were Jim Keeler and Bob Paeth from Revell, John Mueller from AMT, Roger Harney from Monogram, George Toteff from MPC, and kit designers Tom West, Dave Carlock and Bill Depuy. Jessee bought and assembled hundreds of vintage kits and took about 1700 slides for this book.

Pictures of the box art from the kits also may reignite the imagination, bringing back memories of the wondrous hours spent in hobby shops and the difficulty of choice when the wallet held but enough for one kit. This book, then, is not necessarily recommended for all automotive enthusiasts as some might find a want of sophistication and seriousness, but for those of us who have been there, for those who still might recall the heady whiff of airplane glue and the satisfaction of creating a tabletop custom with scoops and flames, you just may want to pick up a copy of this book.