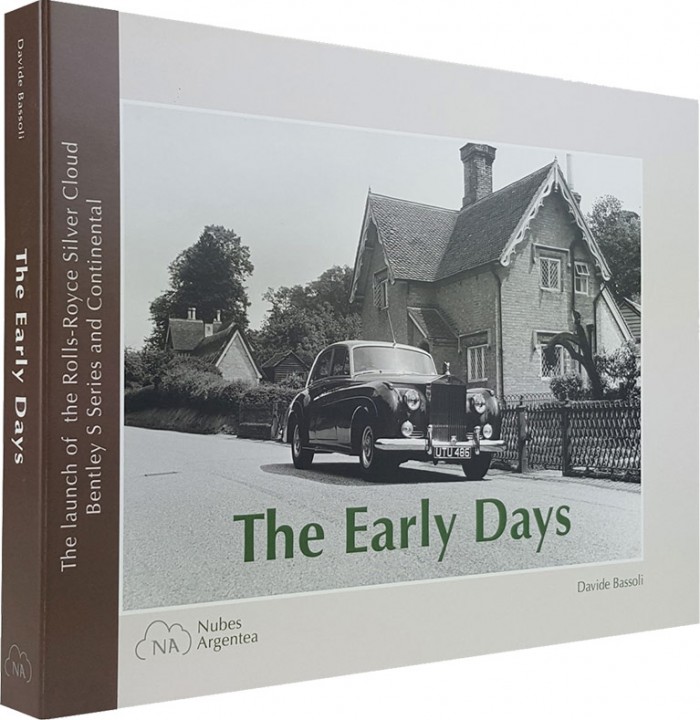 The first all-new postwar Rolls-Royce/Bentley model is 60 years old this year and has attained a firm, iconic place in the world of automotive design. To recognize that anniversary with proper pomp and circumstance, the author published last year an opulent (and award-winning) book that surely ranks as the definitive work on the subject. It tells you everything you need to know about the Silver Cloud/Bentley S.

But . . . “just” knowing isn’t enough. We can’t travel back in time, but Bassoli wants today’s reader to really get a feel for how people back in the day who had never seen this car reacted when it was launched—to its esthetic impact, technical features, build quality etc. The next best thing to being there is this highly elaborate box set of reproductions of launch and other period materials, down to a printed lunch menu from the 1955 motor show.

This set was produced just in time for a commemorative event that the author had organized in his role as the UK marque club’s Registrar for this model the at the very place and on almost the same day the original media launch had taken place in April 1955.

The core of the set is a conventional-looking book—landscape format, softcover, see cover shot on top—that summarizes the genesis of the model, the business case, and its place in the Rolls-Royce universe. Period road tests, reviews, quotes from customers and dealers and Rolls-Royce staff, a quick look at the five surviving British coachbuilders of the day, and market analysis and sales figures paint a rich picture of the car’s place in the world. Without the book, the whole kit would probably only appeal to hard-core enthusiasts but with it, the whole affair is a perfectly competent stand-alone introduction to the car. But it specifically concentrates on that one year, so much so that every single photo here is from 1955. This is all the more remarkable as many of the photos have not appeared in print before.

Now, the goodies. Think of this as a pop-up book for adults. The three-panel “case” has pockets on each panel that contain reproductions of the original 1955 press release complete with three b/w glossies, a folded drawing of H.J. Mulliner’s design no. 7400, a card that would have been attached to the dashboard explaining the various controls (comes on an actual piece of string), and the motor show lunch menu. The pocket on the center panel houses the book, and to gauge the attention to detail consider that the pocket is cut with a curve at the top that follows the swage line of the car. Only when you pull the book out does the top half of the car become visible. That Bassoli found a printer willing to do this sort of thing is simply astonishing.

Bentley folk will surely notice the Bentley green endpapers (and pockets); it is not implausible to speculate that this is not a random choice: in the early days to whom this book owes its title the Bentley version did outsell the Rolls-Royce.

Signed copies are available from the author. Won the 2015 Guild of Motoring Writers’ “Mercedes Benz Award” for the Montagu of Beaulieu Trophy.