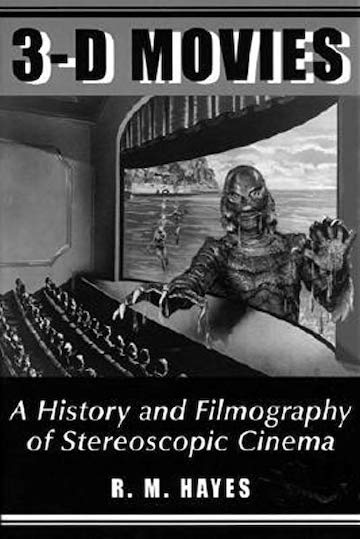 Francis Ford Coppola making 3-D porn? Angelica Huston as an alien villain in a 3-D space opera made for Disney theme parks? Howard Hughes producing 3-D movies teeming with gorgeous young starlets in order to fulfill their contracts? Clint Eastwood in the 1955 3-D movie The Revenge of the Creature? Aerosmith in 3-D? Was the 1954 Sci-Fi classic Them originally filmed in 3-D? Would you like to consider and appraise the differences among the “single strip side-by-side anaglyphic duo-color system”, the “single strip side-by-side vertical system”, “single strip polybiochromatic anaglyphic system” and the “dual film Vistascope format”?
Care to browse through over 240 pages of 3-D filmography and commentary? If some or all of the above pricks your interest or makes you want to grab your personal 3-D glasses and rush out to see the latest Marvel 3-D movie—this is absolutely the book for you. 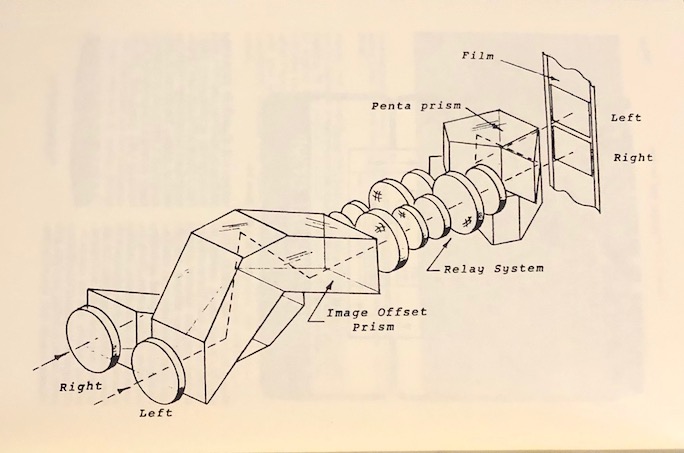 R.M. Hayes knows his stuff. Born in 1947, “he has worked in the film and television industry for many years as film editor, set technician, 3-D technical advisor and film reviewer.” His knowledge of the subject is exhaustive and his contacts throughout Hollywood and the rest of the world are legion. He has written several other books on the cinematic arts. Research must be in his genes. Obviously he knows very well his way around studios, cameras, film processing, projectors and all sorts of specialized equipment. His devotion to 3-D movies, deep and enduring, shines on every page. He covers various 3-D processes (still and moving) from 1833 to the 1990s, from England to Hungary, America, China, Russia, Spain, Italy and other nations across the globe. 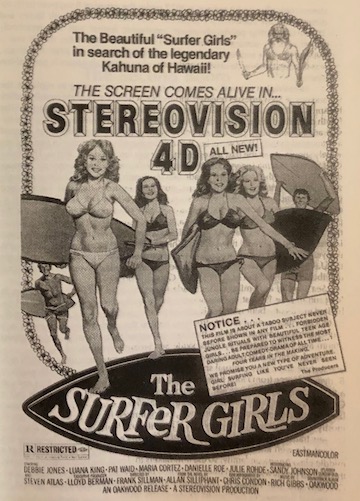 Although not in a stilted or effete manner, his tastes emerge. Porn? “I simply don’t care for skinflicks, but if you like them then [the 1973 The Playmates] may be a classic in your eyes.” Hayes defends The Robot Monster, a 1953 film that often tops The Worst Movies of All Time lists: “I don’t like this movie [but] it is one of the most vilified pictures ever made and very unjustifiably so.” He loves The Creature From the Black Lagoon: “Without doubt…[it] is one of the greatest monster movies ever made.” His expertise adds considerable weight to his arguments and opinions.

3-D Movies essentially consists of three parts: a detailed history of stereoscopic movies, the amazingly detailed filmography and critical commentary, and an illustrated list of “Current 3-D Processes and Services.” The only problem we found is Hayes’ sprinkling of must-sees throughout the book: Because of his drastic immersion in the subject and his seemingly unlimited contacts, does Hayes lose sight of the fact that his book can engender a deep desire to seek out many of the classics he champions only to leave the reader frustrated in her attempt to find a venue to view them? Other than that, his book is altogether one fascinating multidimension trip.

Born to Be Wild »
« A Grand Complication