The Rise of the American Motorcyclist 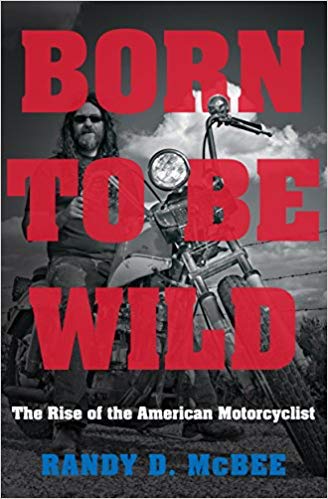 The motorcycle has been around for some time now. In the United States, mention the word “motorcycle” and almost inevitably the response is “Harley-Davidson.” One can almost see the images of the big Harleys flipping through people’s minds as they say the words.

Then again, for others it conjures Arlo Guthrie, pickles, and “motorsickles.” Needless to say, the latter group tends to not be looked upon with all that much fondness by the former, not least the subgroup whose mental jukeboxes play John Kay and Steppenwolf.

Examples of mavericks to be shunned by those within the motorcycle herd abound. Brando, whose name most probably associate with The Godfather or Apocalypse Now, is also Johnny Strabler in The Wild One. Never mind that Johnny rode a Triumph. And let’s not even bring up Lee Marvin as Chico, of course.

But, wait, isn’t both the image and the foundational mystique—the very essence of the American motorcyclist—a profound expression of being a rebel, someone willing to walk (or rather ride) on the wild side? Well, yes, but never confuse image, mystique, and mythology. While bikers in America have certainly cultivated an image somewhere between countercultural hero and cultural icon, with their clothing and presence on the highways and byways, one does begin to wonder about the concept of mavericks herding together.

As applied to this book, do not confuse Dr. Randy McBee’s Born To Be Wild with an earlier book of the same title written by Paul Gerson. The Gerson book, subtitled A History of the American Bike and Bikes (Simon & Schuster, 2003) is quite different from McBee’s, Born to Be Wild: The Rise of the American Motorcyclist. Gerson, for instance, was from outside the hallowed halls of the Academe, a frequent contributor to Easyriders magazine. McBee is an associate professor of history at Texas Tech University. While sharing the same basic title, they are quite different books, yet surprising similar in some ways.

The obvious commonality is the riot (or civil disturbance depending upon one’s viewpoint) that took place in 1947 at Hollister, California in conjunction with a bike rally. This led to the later motion picture about the incident, The Wild One, by Stanley Kramer and starring the aforementioned Brando and Marvin. Then there is Dennis Hopper’s Easy Rider, of course, that made its appearance during the Viet-Nam War. In most other aspects, however, all the two books share is pretty much the title.

As might be expected, given that McBee’s Born To Be Wild is not only written by an academic but published by an academic press (The University of North Carolina Press) it features proper endnotes and an extensive bibliography that yield plenty of bread crumbs for future work by budding motorcycle historians. And, McBee mentions something in his acknowledgements that I should have known but for some reason did not: the existence of the International Journal of Motorcycle Studies. After a look at some of the offerings of the Journal, much food for thought there!

As one should surmise by now, Born To Be Wild focuses on aspects of the American motorcyclist that not only examine the role of the motorcycle and the motorcyclist (from the 1940s until the mid-2010s) but addresses issues such as race, gender, culture, and shifts, real or imagined, along the political spectrum. This should make its analyses and interpretations rather interesting to even those dwelling outside the Academe. This is in no small part due to McBee writing in a tone different from what most would expect from an academic. Well, in most cases at any rate. Even I think that he could have excised almost all of what he wrote about the good Mr. Honda—and it would have not affected the thrust of that particular chapter.

That the motorcycle/motorcyclist and the Civil Rights Movement are not—yet—topics commonly associated is merely one reason why Born To Be Wild will have a secure place within the historiography of the study of the American motorcyclist and motorcycles for the foreseeable future.