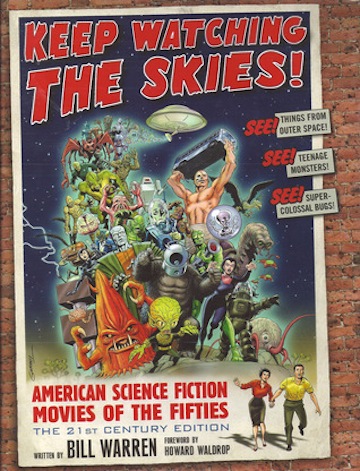 Bill Warren’s Keep Watching The Skies: Many million miles of Martians, monsters, mutants, missiles, mayhem, misery, madness, misanthropy, mendaciousness—and mediocrity. To give this book a five-star review is easy. The author sets out to document and review every last Science Fiction movie from the 1950s (actually to 1962), and succeeds magnificently.

Considering the inclusivity of the book, he is most likely OCD. What Phil Schapp is to classic jazz, Warren is to vintage Sci-Fi. If a film would normally fall under the genre of Horror, but contains even the slightest device attributable to Science Fiction, it is found in these pages. I Was a Teenage Frankenstein, released in 1957, is an example. The Tingler would fall into this category also—a very weird cinematic exercise wherein Vincent Price takes a trip on LSD. 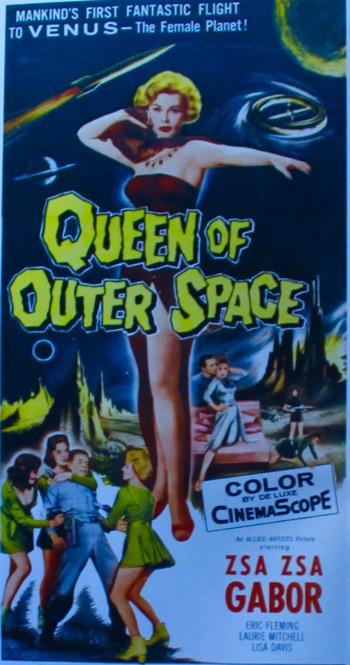 But the thrust of the book is the documentation of the movies from Outer Space and Space Invaders; the Giant Reptiles and Giant Insects who revel in destroying Rockwellian small towns or major world cities; Atomic Mutations and the hapless folks who find themselves transformed into—well, you name it.

But we are unsure if “document” begins to describe the extent of Bill Warren’s project. Warren has been described as a “completist extraordinaire” and has been for many years “active in the Los Angeles Science Fiction/Fantasy Society.” From the evidence of this book alone, we know that he has devoted most of his waking life to these films. When he was eight years old, his mother refused to let him go to the theater to see The Thing from Another World, and we can tell as we read of this childhood incident that his regret over this maternal slight has not diminished over time.

Naturally, subsequently, he viewed this classic film, and in Keep Watching, he spends over five pages describing the plot, offering anecdotal material concerning the filming, the history of the principal players, both off and on screen, and offering in detail his favorable opinion. The major films, Them, Plan Nine From Outer Space, The Invasion of The Body Snatchers, Forbidden Planet and a few others are given similar in-depth scrutiny. 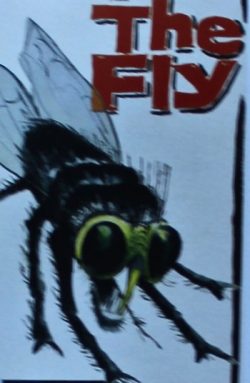 The minor films (there are very many) are given from one to three pages each. Even when describing the worst of the worst, we sense that Warren is quite enjoying himself, and even for the most obscure and low-budget quickie, his review provides astonishing detail. Histories of people unknown to only the severest fan are found everywhere. Do these names ring a bell: Jack Arnold, Jack Dietz, Bert I. Gordon, Fred McLeod Wilcox? We thought not, but Warren, it seems, if we caught him after hours at some local tavern, would go on all night discussing them. Most probably it would be difficult to contain him, if his four-part Preface is any indication. 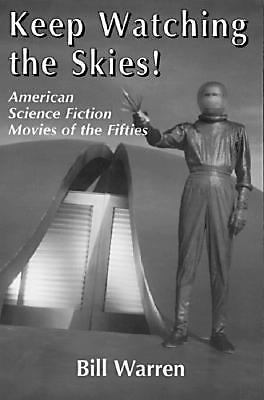 What may be most remarkable is that this is a second edition, and Warren assures us that much had been reexamined and rewritten. The how and why of this is explained in the massive Preface—and a lot more besides. Speedreaders gives Watching The Skies a hearty thumbs-up. The several pages of movie poster reproductions, on semi-gloss paper, are in themselves well worth the price of admission. It is a great reference book that should be found in all public libraries, and also on the shelves of all hardcore movie fans and pop culture buffs. Sheldon Cooper would covet it. Order your copy today. Keep it at bedside, in the study, in the den, in the loo. It will give you many, many hours of eerily delightful browsing.

Desert Boneyards: Retired Aircraft Storage Facilities in the U.S. »
« The World’s Fastest E-Type Jaguar, The Quest for the Record