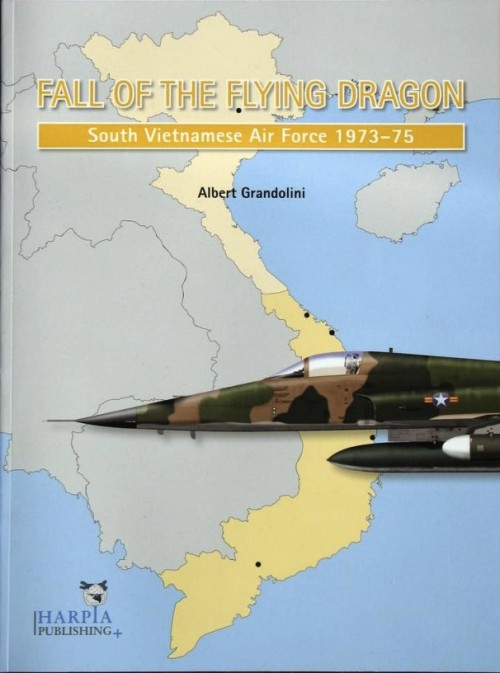 “However, while both the Americans and the North Vietnamese are now able to present their own sides of the story, the same is not the case for the South Vietnamese. There is no official historical record for this ‘lost’ nation. The memory of non-communist Vietnam is carefully erased within today’s Socialist Republic of Vietnam, and only limited historical records—compiled without official support and in an ‘underground’ fashion—have been retained by the Vietnamese Diaspora living in exile.”

You could spend a lifetime reading every book about the Vietnam War; this is one book you should make room for. Not only has the author, who has widely published on military and aviation matters, gone to great lengths to unearth the sort of archival material that has heretofore not been factored into the equation but this book begins where so many others end. Usually the lights turn off in 1973, with the beginning of the US withdrawal from Southeast Asia. Saigon didn’t fall into North Vietnamese hands until April 1975 but it was so unexpected that observes could think of no more convenient explanation than gross incompetence on the part of the numerically vastly superior South Vietnamese. Especially the South Vietnamese Air Force (VNAF), ranked the fourth-largest in the world then, was considered a failure.

Grandolini recasts the dynamic by interrelating it “to the wider context of the end of the Vietnam War, as well as the manner in which Washington managed its gradual withdrawal from the area.” Anyone who reads today’s newspapers will see parallels, and anyone with wider-ranging historical reference points will be reminded that, always and everywhere, the lack of an exit strategy has rendered many a hard-won “victory” toothless.

In a book too the end cannot be understood without a beginning so Grandolini sets the scene by laying out the origins of aviation in Vietnam, the role of the French in Vietnam’s affairs, and what can best be described as the difficulties of letting go. “What if?” will be on every reader’s mind, especially after being primed by a multi-page Preface that seems to drone on and on and on about one particular bombing run, seemingly without a point—only to come to an unexpected climax when a pilot disobeying orders creates, or contributes to, a catastrophic outcome. “What if?” indeed.

This book is more about strategy, tactics, politics and consequences—“seeing the whole board”—than aircraft specs or serial numbers and such. The author’s access to first-hand accounts by participants and eyewitnesses adds depth and detail but also a personal element to operational matters.

Most useful, a list of abbreviations is provided at the beginning of the book. For context, a portfolio of photos shows the North Vietnamese equipment. Appended are orders of battle (with color reproductions of badges), VNAF squadron dates and aircraft, and 30 color profiles by Ugo Crisponi. Bibliography, decent Index.

The Chopper, The Real Story »
« Total Performers: Ford Drag Racing in the 1960s