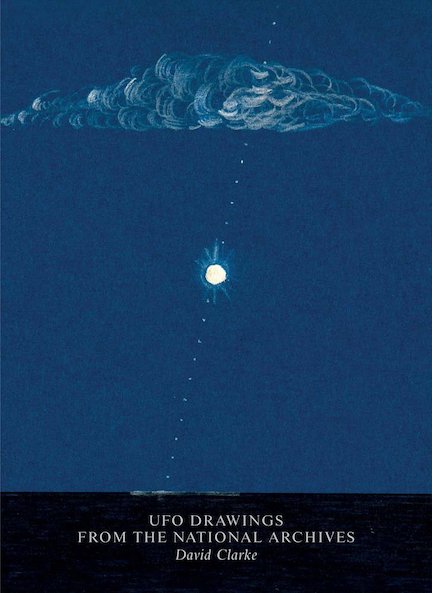 “What does all this stuff about flying saucers amount to?”

Why quote Churchill in a UFO book?? It was he who instructed the British Ministry of Defence to establish a UFO Desk. It kept a candle in the window for more than 60 years, collating mysterious sightings and records of strange objects in the sky. We Brits are a private and secretive bunch, and some US readers might be surprised to learn that we didn’t even have any real Freedom of Information laws until 2000. Some years later our former Prime Minister, Tony Blair, admitted that the biggest mistake in his term of office was the enactment of the Freedom of Information legislation in that year. Let me just say that, when it came to mistakes made by the Blair regime, the Act of Parliament in question won against some pretty stiff opposition . . . 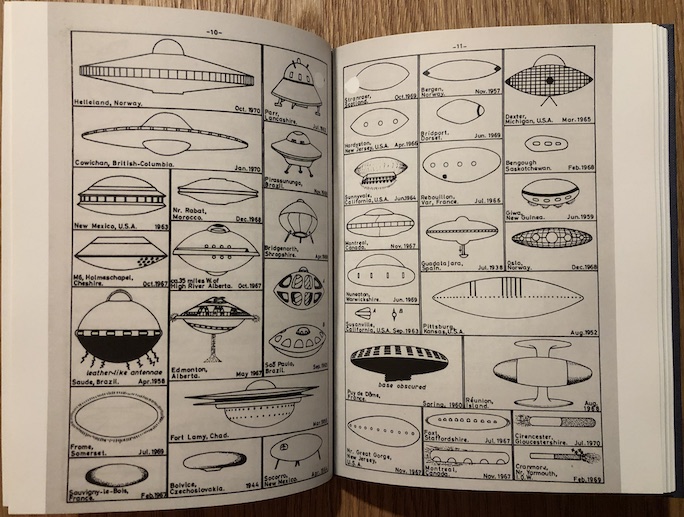 Giving the general public the freedom to access information held by their government had some unintended consequences, including for your reviewer. Because, back in 2002, when my day job was a local government lawyer, a request came across my desk from a gentleman in North Yorkshire who required copies of our files on “the well-known UFO sightings in Settle and Helwith Bridge in July 1994.” It didn’t take me more than two minutes to confirm that no such files existed but I’m confident that my reply has been cited as evidence that I, too, was part of the conspiracy of silence. If you are a baby boomer like me, I bet your teenage years included some extra-terrestrial research, such as reading Eric Von Däniken’s Chariots of the Gods? or The Sky People – Proof That Extra Terrestrial Beings Have Visited the Earth for Millions of Years by the wonderfully named William Francis Brinsley LePoer Trench (the 8th Earl of Clancarty and 7th Marquess of Heusden to you and me). And don’t even get me started on the Roswell Incident . . . 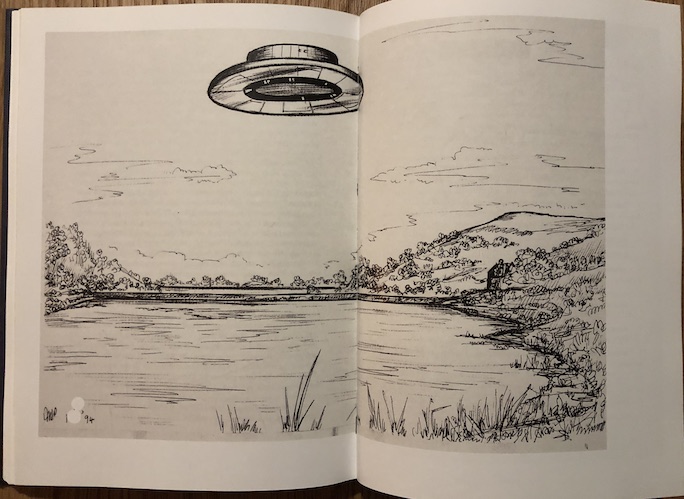 So you’ll probably understand why, all these years later, I was delighted to come across David Clarke’s enchanting book on British UFO sightings. He is a poacher turned gamekeeper because, having badgered the National Archives for access to UFO material, he was then asked by them if he could curate it. (Well, his other job is being aReader and Principal Lecturer in Journalism at Sheffield Hallam University.) And what an extraordinary saga he has revealed, because not only are the UFO reports fascinating in themselves, but so is the British stiff upper lip bureaucracy that applied to their reportage. The UFO Desk, known as D155, was created by the then Air Ministry in 1953 and remained in operation until 2009. I wonder if it was the global recession that finally caused funds for its operation to dry up? 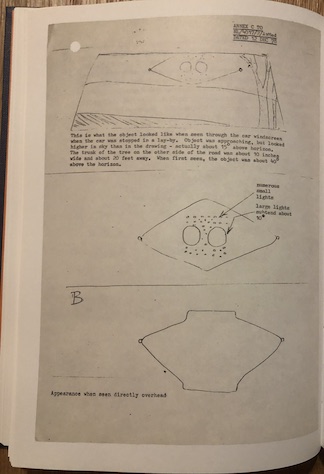 The author notes, “The UFO unit operated under the cover of an intelligence branch known as DDI (Tech), reflecting the British Establishment’s obsession with secrecy. David West, the UFO Desk Officer, established the “tone of bored detachment which would be applied to the unit’s statements” and told his colleagues that “for the most part we expect to be politely unhelpful” when asked about UFOs. D155 received an extraordinary number of sightings, 12,000 in all, but very few were accompanied by photographic evidence because, back in those pre-smartphone days, only a tiny minority of citizens carried a camera at all times except on vacation. So, in lieu of sending photos, people drew them. It is that single fact that has made this book possible. It reproduces a selection of such illustrations, each accompanied by a short narrative giving details of the circumstances of each sighting including the name of the witness and the date and location of the incident. 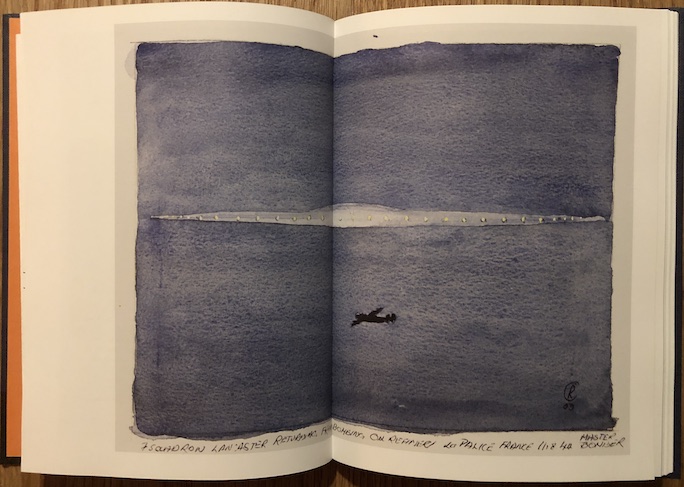 The reports span a longer period than the existence of D155 and one of the most compelling was given in 2003, about an event nearly 60 years earlier. Ronald Claridge was 90 years old when he finally reported the strange event he had witnessed while serving as a radio operator in an Avro Lancaster bomber in World War II. One night in 1944, 25,000 ft above occupied France, the plane’s crew had a close encounter with an enormous UFO, or “Foo Fighter” as USAF pilots had already dubbed (after the 1930s US cartoon fireman Smokey Stover who used to exclaim “where there’s foo, there’s fire!”) the mysterious lights that sometimes pursued their aircraft. Intriguingly, Claridge recalled the “feeling of complete calm and happiness” that pervaded the aircraft; his watercolor illustration of the alien craft, above, is both beautiful and unsettling. There are other accounts which convinced this reader that many incidents were reported by decent, sober and normal citizens who, having encountered something abnormal, made their reports out of a sense of civic duty. Such as the 1974 account, given by the wife of a Royal Air Force Wing Commander, of a large metal object “not possibly a plane of any kind” crossing the sky above Northwood. The sketch shows what appears to be a ring-shaped UFO with lighted windows that had been seen in the suburban setting of North West London early one October morning. 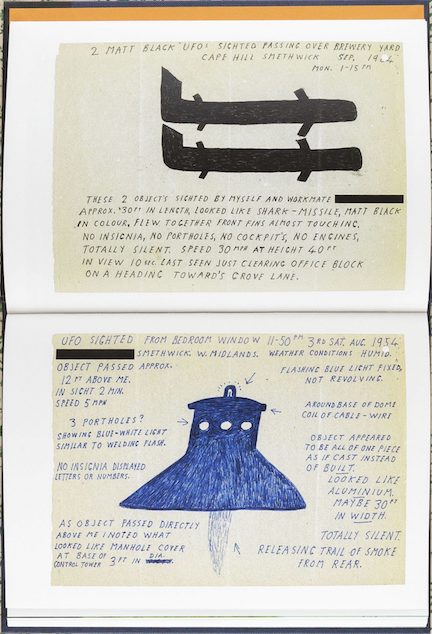 But it is safe to say that some correspondents’ grasp on reality was more tenuous, such as the alien abduction three young women claimed to have taken place whilst returning from what was obviously a very lively night out in Shrewsbury in 1983. The UFO Desk Officer’s deadpan response was that “Abduction is a criminal offence and, as such, is a matter for the civil police . . .”He said this despite (because?) the abduction having allegedly been carried out by “ugly creatures four feet high with deep set dark eyes and thin arms.” Another correspondent sent a series of letters, one illustrated by a drawing of a UFO apparently leaving Saturn: “I intercepted the UFO using telepathy.” Right. The one incident whose imagery still haunts me relates to a UFO sighting that took place in the very ordinary setting of a primary school playground in Macclesfield, in the northwest of England. It may have been the same year as Star Wars and Close Encounters of the Third Kind were released in the UK, but something very odd indeed was undoubtedly witnessed by ten children at Upton Priory School. The kids told their teacher they had seen a strange object hovering in the trees in the school playground. With great presence of mind, the teacher instructed the children immediately to sketch what they had seen but separated them to ensure no copying or other collusion could occur. The drawings aren’t identical, yet the images have a quite extraordinary similarity—what had those now middle-aged witnesses seen? Do they still talk about it, do they still wonder just what that strange object could have been? 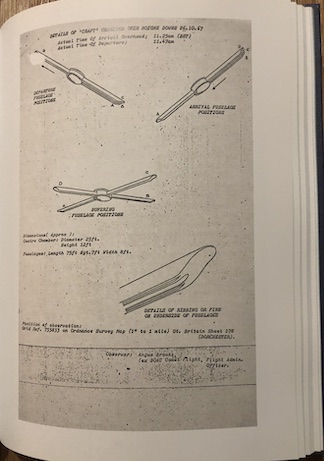 I could not have liked this book more. It is attractively designed, the page layout is elegant, and the quality of the paper and binding belies the book’s modest price. The text is spare, to the point, and always respectful of the source material. This small UK publisher does art books, and this book in their “Irregulars” series (the other being the “Familiars”) that explores aspects of British visual culture, is a gem. (And do find out about their “Free Books for Libraries” program in the UK!!) The illustrations, whose quality ranges from naivety to sophistication, never fail to entrance. The temptation to ridicule some of the more lurid reportage is an opportunity I find difficult to pass up, but it is to the author’s credit that he shows more restraint in this respect than your reviewer manages to muster. I will leave readers of this review with some food for thought. In 2009 I attended a lecture, by the respected UK journalist and political commentator David Aaronovitch, on the subject of conspiracy theories. At one point Aaronovitch displayed a graph that showed the peaks and troughs of the intensity of the Cold War, which is generally accepted as having begun in 1947, ending in 1991 when the Soviet Union was dissolved. His next slide showed the frequency of UFO sightings over the same period and . . . wait for it . . . the graphs almost exactly mirrored each other. So were UFO sightings just a symptom of a deep societal angst? And how come, now that almost everybody takes photographs to feed their social media habit, we aren’t deluged by UFO images? Are the spacemen camera shy or have we stopped looking into the sky because our noses are buried in our phones? 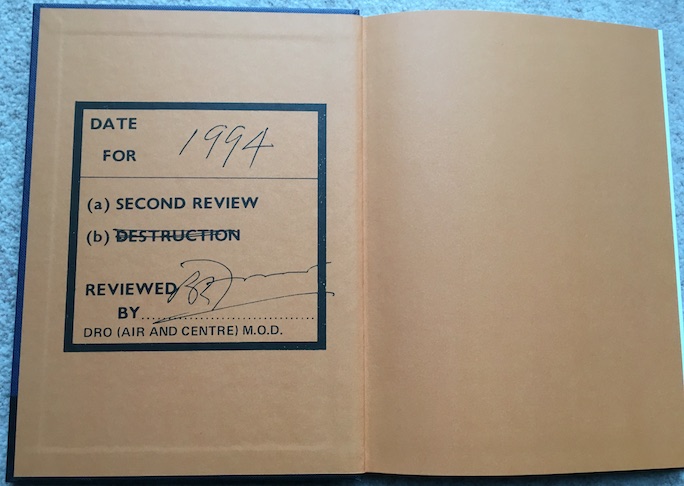 I wish I knew. And I also wish I knew what the hell it was that my 11-year-old self saw flying so rapidly over Stranraer Harbour, in Scotland, back in 1963. But you’ll need to buy me a very large single malt Scotch to hear any more about my very own close encounter…   Copyright 2019, John Aston (speedreaders.info)


Posted Under: Aviation, Other, Space | Author: John Aston | No comments yet