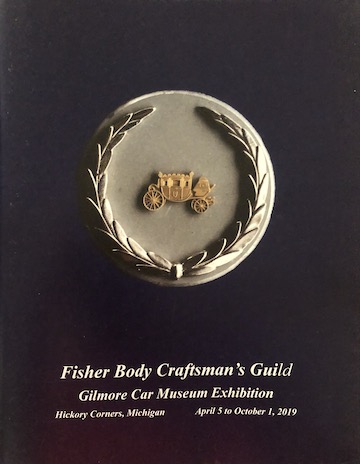 The Gilmore car museum in Hickory Corners, MI is home to the 2019 exhibition of scale models made by members of the Fisher Body Craftsman’s Guild (1930–1968). These exhibitions are usually held in conjunction with FBCG reunions and often include seminars that are also open to the public.

The Fisher Body Craftsman’s Guild was an extracurricular industrial arts program promoted by the Fisher Body Division of General Motors in which teenage youths designed futuristic 1/12 scale models called “Dream Cars” (1937, ’45–‘68). During the depression era (1930–1937, ’45–‘47) they handcrafted 1/12 scale Napoleonic Coaches, 3-D representations of the Fisher division’s trademark. The idea behind the program was to identify and recruit young talented craftsmen (initially) and, then under the direction of Harley J. Earl, stylists and auto designers. 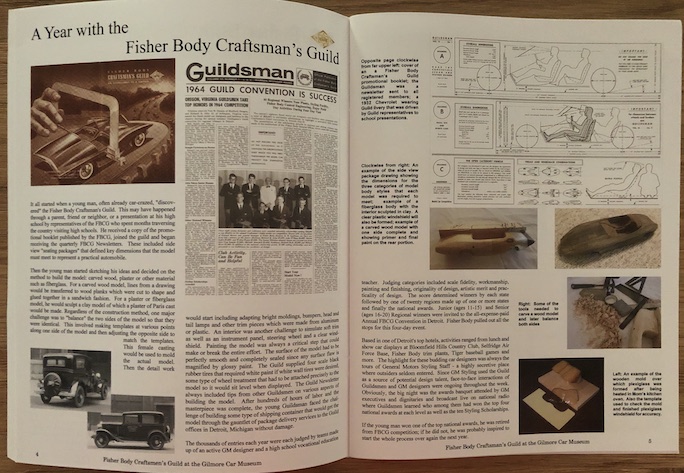 The exhibition catalog features the 100 + Guild models (1934, 1937–1968) on display at the Gilmore. The show was co-curated by Guild members Paul Tatseos, Richard Ray, Dwight Conger, and John Jacobus as a tribute to the many Guildsmen who entered the Guild model car and coach competition as youths. Because of the Guild many pursued their dreams professionally, moved to Detroit, and got involved in the automotive engineering and/or automobile design and styling business. The exhibit highlights many who spent their careers designing and engineering the automobiles we use/d every day. 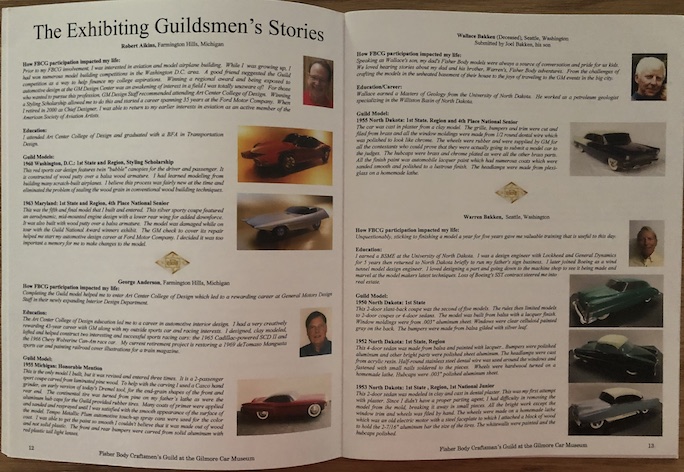 The show catalog offers a brief description of the famous GM education program with 31 period-vintage photographs (b/w and color).  A brief bio of each exhibitor is presented and includes (1) a portrait image of the exhibitor, (2) describes how participation in the Guild impacted their lives, (3) gives a brief educational background, and (4) provides descriptions (and images) of each model they loaned to the exhibition. 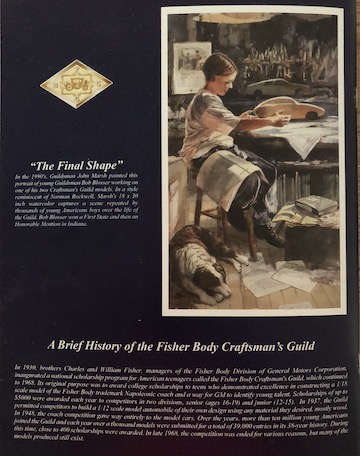 Good News: the show was a success and is extended until April 30, 2021. Bad News: due to Covid-19 the museum is currently closed. These catalogs were given to exhibitors at the Grand Opening Ceremony and are sold by the museum store.