60 Years of Cars, Characters and the World’s Most Challenging Race Tracks 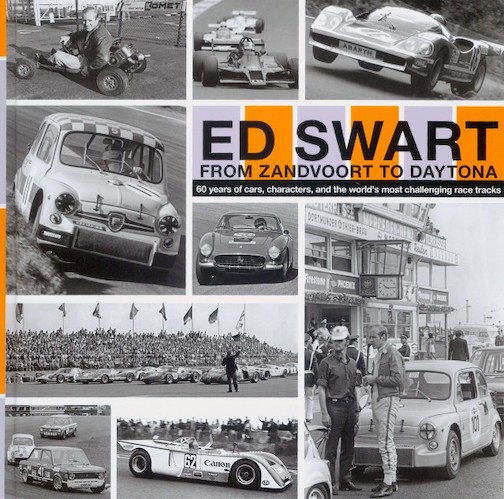 “In my life and career I’ve been involved in many areas of racing: as driver, team manager, race director/clerk of the course, race-club founder, race organiser, driving instructor, and mechanic. All of my professional racing (1965–1971) took place in Europe, Latin America and South Africa. In 1972, I retired from racing due to work and family commitments. Until 1978, I had never raced (or even been to) the United States, so I’m better known in Europe for my racing career than in America. … I returned to racing again in 1976, mostly in historic races, and I haven’t stopped since. Racing is my lifelong passion.”

The specificity of the Foreword from which the above is excerpted is representative of the entire book, including even the Index, which, although it contains only people, is uncommonly thorough. Example: of course a fixture in racing during Swart’s pro era such as Colin Chapman is indexed—but to also find entries for his wife and daughter, who played altogether peripheral roles, is unexpected. 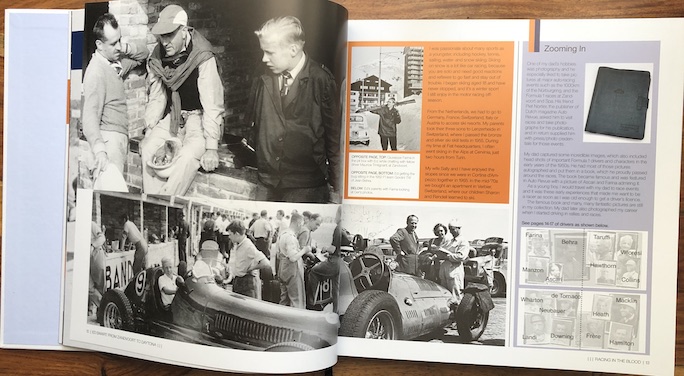 Just to illustrate the attention to detail. Notice the bottom right: those thumbnails are the next four pages of period head shots, which have no captions as that would detract from the visual impact. Instead, the drivers are identified here. Bottom left: young Swart warming up Jean Behra’s seat in an F1 Gordini. What kind of a childhood was this??

Unexpected too is the wide arc of Swart’s activities in motorsports which allow him to connect many more dots than someone who had done just any one or a few of those things. [1] One shudders to think how many recollections and insights may have remained untold if Swart (b. 1937) had not taken the 50th anniversary of his win in the 1965 European Touring Car Championship as motivation for considering the merits of writing his own book. He closes his Foreword by saying, “Maybe it was a good idea to put all this in writing before it gets forgotten. I hope you agree.” Yes it was, and yes we do. 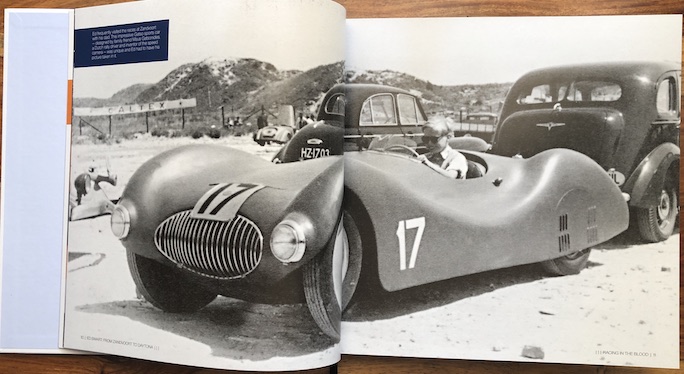 This photo is not directly relevant to the story but, come on, have you ever seen a Gatso?? And would you believe, there are at least two books about this obscure maker. At the wheel young Swart again.

Not only is this book written by someone who has done and seen a lot but by someone who kept meticulous records all along. How Swart, a native Dutchman, came by this facility is not explained but without it, the narrative and the enormously detailed photo captions would not be what they are. 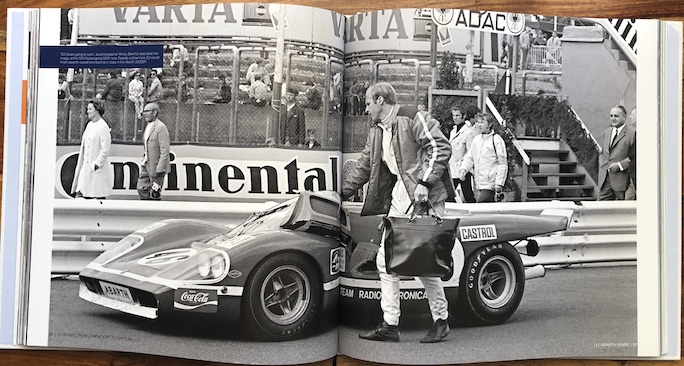 Too good not to show. The caption says: “Ed Swart going to work.” The photo is by fellow Dutchman Winau Berkhof of the Dutch Racing Press who has published his own book, Real Racing.

At some point UK motoring journalist/photographer Johnnie Tipler, who has done other titles with this publisher, came on board. He has not only written 40 of his own books but acts as a script doctor on other people’s projects; in the case of this book it is not evident where Swart ends and Tipler begins, except for the few obvious instances where the voice shifts from first person to third. 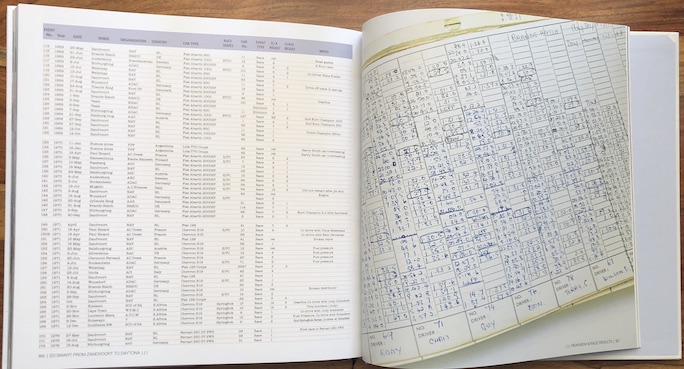 Since Swart’s racing life plays out over 600 races on 87 tracks in 20 countries and involves multiple racing series and therefore cars (detailed race results and cars owned/run 1961–2021 are appended, above), it is hard to imagine who would not find something interesting in this book! Especially anyone with Abarth interests should take note as Swart was a championship-winning works driver 1965–1969, a fantastically colorful time, before getting into Chevron race cars. For now more than 41 years Swart has been the owner of a US-based outfit that maintains and brokers Chevrons.

Photographically too the book is immensely appealing, as are book design and layout. Those criteria have been hallmarks of the publisher, Coterie Press, since their first book in 1998, and certainly this particular offering ticks one other box on their mission statement, “offering the best possible value for money.” 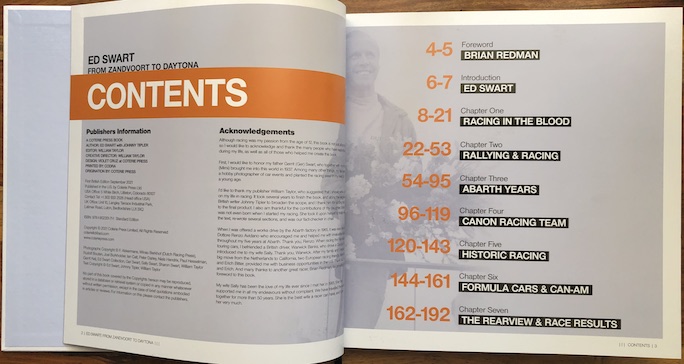 One of the goals of Coterie Press is “clean design/smart modern layout.” Check. But are photo captions in 4pt type, sometimes reversed-out white, really what people want? Swart is now in his mid-80s and you can’t help but wonder if he can read his own book without getting squinty-eyed…

Ed Swart – From Zandvoort to Daytona
60 Years of Cars, Characters and the World’s Most Challenging Race Tracks

Passion for Cars, The Unique Collection of Thierry Dehaeck »
« The Private Library