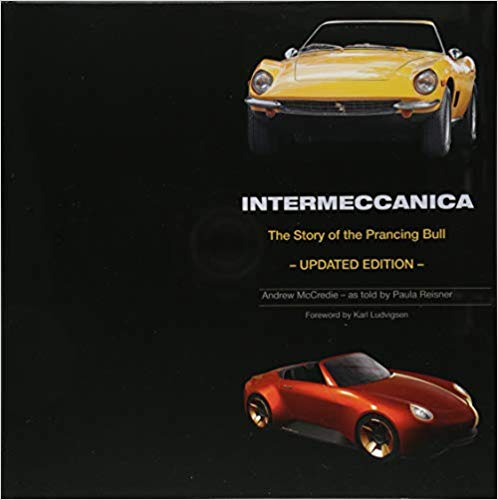 “This is the story of how one man climbed to the grandest heights of the automotive world—only to crash back down to earth.

Although others have experienced the same fate, few rebuilt their lives and their companies to the extent Frank Reisner did throughout his remarkable lifetime.”

Founded in 1959 as Construzione Automobili Intermeccanica in Turin, Italy by a Hungarian-born Canadian ex-pat this firm built sports cars with sexy Italian coachwork and solid European and American mechanicals. Over half a century later Intermeccanica International in Vancouver, Canada still turns out high-quality hand-built vehicles but unlike the highly original early cars in the Italian supercar idiom, today’s offerings are better-than-original replica Porsches and a re-issue VW Type 82 Kübelwagen built from the original blueprints which the firm owns. 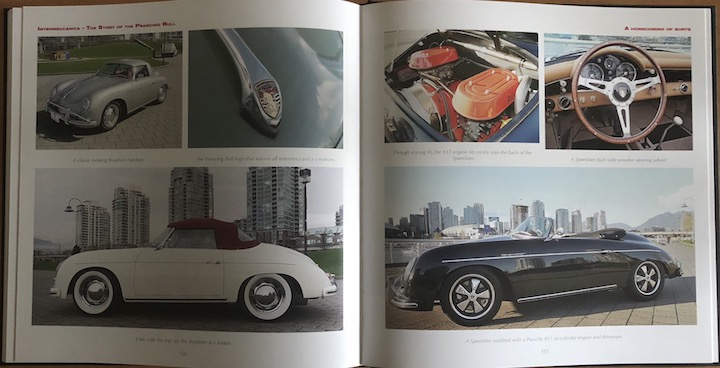 More importantly, and the reason behind this revised 2018 edition of a book first published in 2010, is that an offshoot of the company, Electrameccanica, ushered in a new era when it unveiled an electric vehicle in 2016. This resulted in a new, 16-page chapter in a book that in all other regards is a straight reprint. One other change is noteworthy: the previously quite dark photos are now lighter, yielding much more detail. On the flipside, b/w line art is now so light that some of the type is no longer clearly legible. 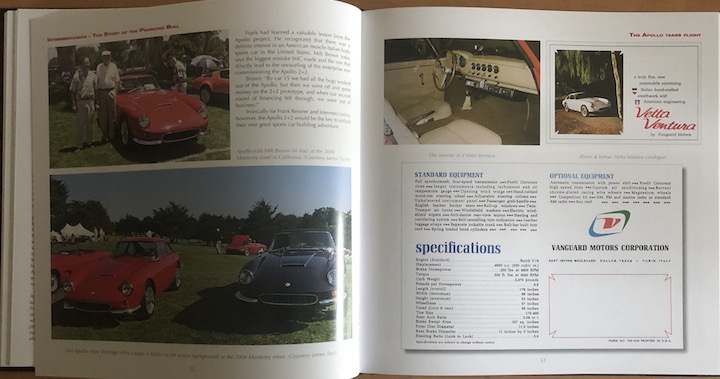 Aside from its obvious car theme this well-researched book is a really nice story in terms of what Karl Ludvigsen calls in his Foreword “a life well lived,” of love, emotion, family, and adventure. All these things would make this a worthwhile read even if Frank Reisner (1932–2001) had never built a car company from scratch. It is also told in an exceedingly smooth, flowing, engaging style and you can see the deft touch of the newspaper reporter, which is just what author McCredie is. He specializes in automotive subjects, both as commentator and in his private life. 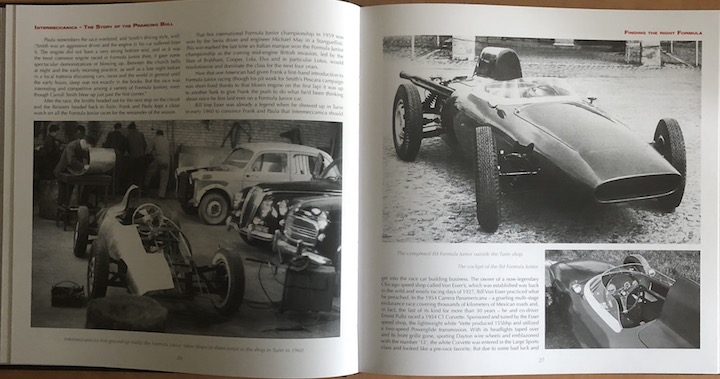 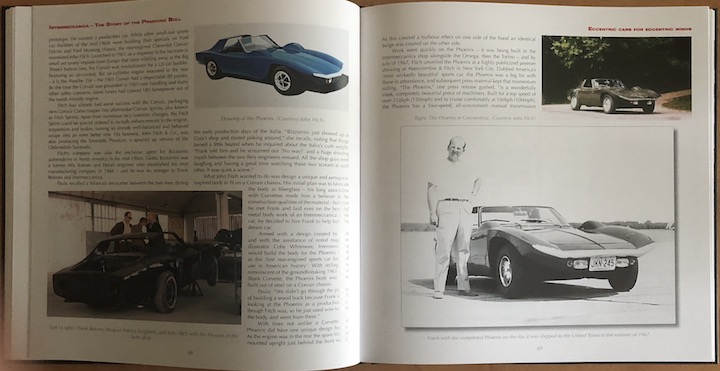 And that there is a story to tell at all is thanks to Reisner’s wife Paula who worked side by side with him through all the Intermeccanica years and is eager to record their firm’s history while there are still people around to tell it. Such as Italian journalist Gianni Rogliatti, who wrote the second Foreword and knew the Reisners during their two decades in Italy. In what is often called a David and Goliath story Reisner succeeded where many had tried and failed. On all counts, then, this unusual story is not just a cookie-cutter connect-the dots biography.

The Reisners’ story is hardly linear anyway. Fate—or whatever you want to call that which cannot be planned—and being in the right place at the right time, as well as being able to recognize opportunity when it comes knocking are the propelling forces here. But these words have an unfortunate connotation of going-with-the-flow passivity which would be entirely inapplicable to Reisner. 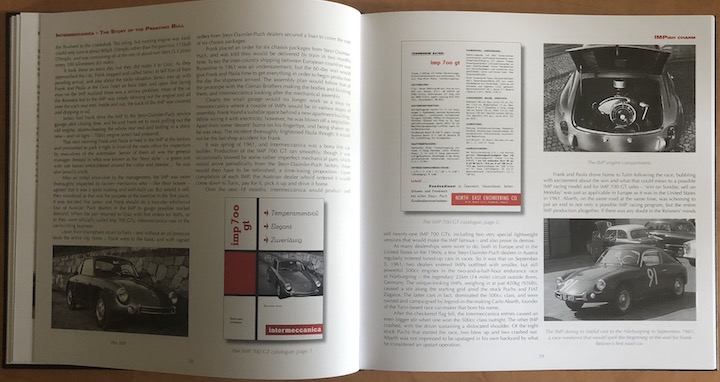 The book picks up the thread in war-torn Hungary and subsequent emigration to Canada, describing a plethora of odd jobs (with an unplanned but common denominator: cars), professional schooling (chemical engineer), meeting—over a car-related episode—the Czech émigré who would become his wife, and building his first car. Just reading about all these formative events leaves one breathless! The life lessons learned so far would become absolutely crucial to subsequent endeavors: going to Europe for an extended holiday, meeting contacts of his father-in-law’s in the car industry, and hatching the idea to stay in Europe and build speed equipment full-time. Settling in “the Detroit of Italy”—Turin—he found all the industrial-size manufacturing that the likes of Fiat and Lancia needed alongside hole-in-the-wall craftsman’s shops. In short order he branched out into Formula Junior racing cars, followed by the first road car, the Imp. The name has nothing to do with the car being impishly small but stands for Intermeccanica Puch because it was built on a Steyr-Daimler-Puch 500 cc chassis (which the book calls a Fiat 500). 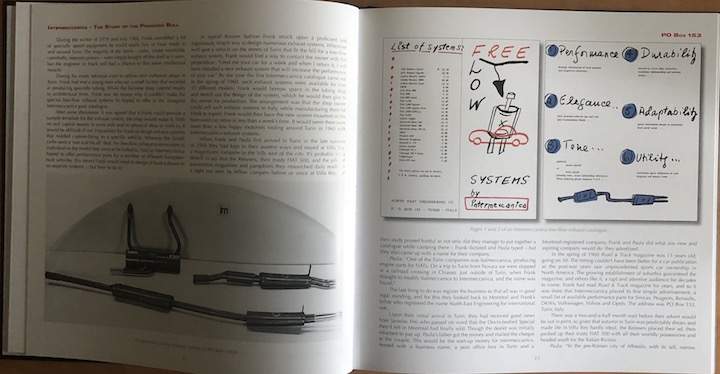 The book describes all the models in good detail, including the current ones. While it does talk about design, construction, finance etc. it is not an engineering or business history but a biography or, in a more generic sense, a story of enterprise. There are, for instance, no car data tables or technical illustrations.

The new chapter deals with a development Paul Reisner tinkered with already in the 1990s but which was not feasible to pursue given the company’s limited resources, electric cars. It would take a new generation of Reisners to see it to fruition, first with the Corbin-inspired Solo commuter EV and, if all pans out, an upcoming two-passenger convertible sportscar, the Tofino. While the new material is reflected in an updated Index it remains as hard to read as before, with tiny, greyish type. 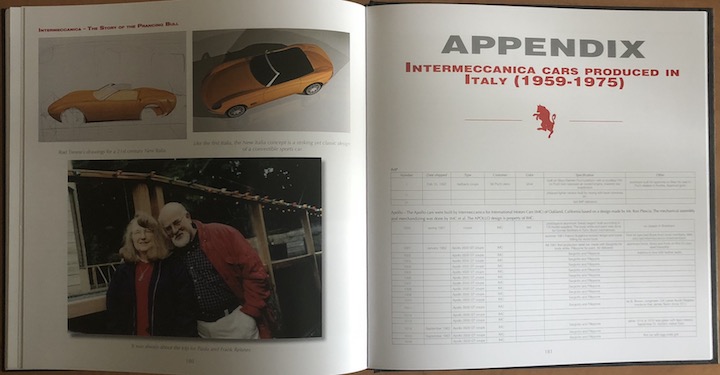 Most of the photos are period ones; augmented by facsimiles of brochures, correspondence, ads and several coachwork drawings. Appended are tables of the entire 1959–1975 output listing cars by serial number, date, type, customer, color, specs, along with notes. While peripheral to the Intermeccanica story, Ford fans should know that Reisner had something to do with a one-off 1965 Mustang estate wagon that is shown below. 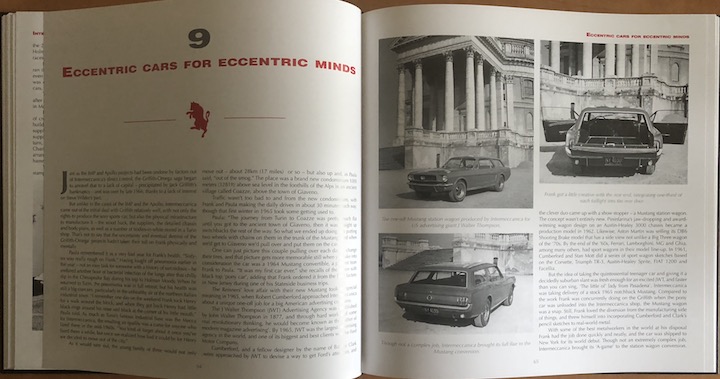