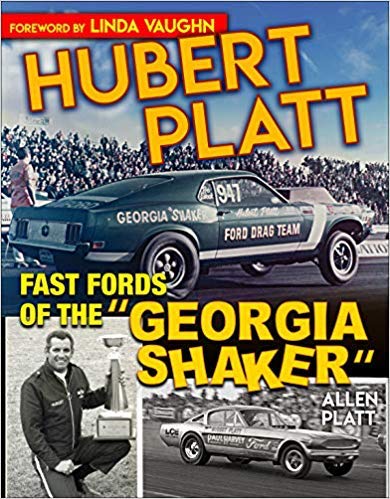 Charles Caleb Colton, an English-born writer and cleric (1780–1832), spent two years traveling throughout the US prior to settling in Paris. Among his words are these oft-quoted, without most knowing their source: “Imitation is the sincerest form of flattery.”

Hubert Platt . . . The Georgia Shaker received that highest compliment from the 500 soldiers of the Army’s 195th Assault Helicopter Company serving in Vietnam during what surely were the most challenging—not to mention awful—years of their lives. “Georgia Shaker” was the name they proudly painted on the nose of the 5-ton 6×6 crane truck that lifted the choppers, pulled “hurt” engines and/or transmissions and replaced them once rebuilt, and more. It was their reminder of home and a competitor named Hubert Platt who was as unrelenting and a survivor as were they.

Hubert Platt, born in 1931, passed in 2015 prior to this book about him being published but not before this same publisher, CarTech, brought out Bob McClurg’s book on The Tasca Ford Legacy and for which Platt provided these thoughts: “The Tasca’s are some of the nicest people. We raced each other often. Bob Sr was there throughout Ford’s Total Performance era . . . and one of his greatest accomplishments was the 1968½ Cobra Jet Mustang, which I drove for them at the 1968 AHRA and NHRA Winter Nationals.” 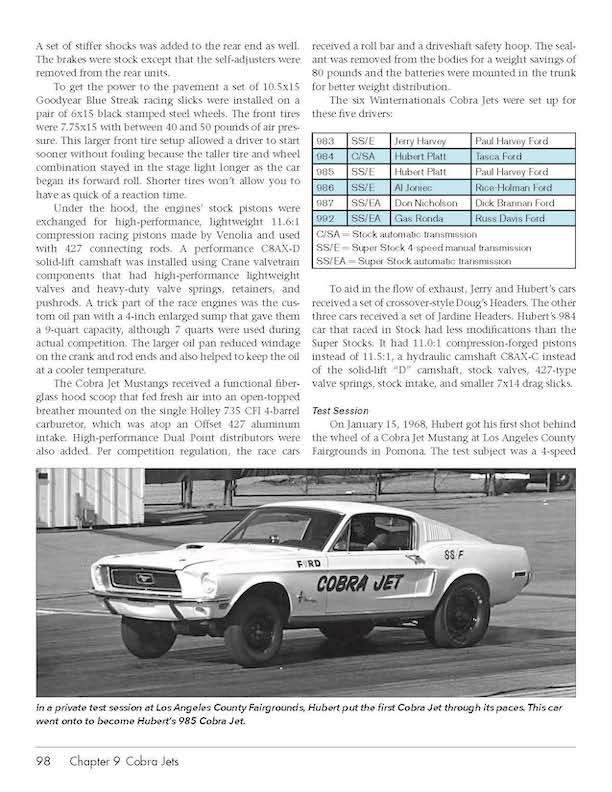 There are similarities between this book titled and about Hubert Platt and that of the recently reviewed one titled and about another racer Neil “Soapy” Castles as both recount lives and events taking place in a similar time frame, both men are Southern born, both able wrenchers and very competitive drivers, and each was written by an enthusiastic and supportive fan.

Yet for all the similarities these are very different books too for the two men’s life stories played out quite differently. Both drove production cars specially rebuilt and prepped for racing; Castles on the stock car circuit while Platt ran the dragstrips. Then as the books have different publishers, their presentations differ. The Castles book is from McFarland whereas this one on Platt is a CarTech production containing nearly five times more visuals (photographs) to accompany the words of Platt’s story. And that “fan” who wrote about Platt is his third child, second son Allen.

Platt first developed his driving skills doing what many in that era did, running moonshine. An encounter with the law along with having a growing family made him rethink things and that quite soon led him to the dragstrips. Early wins encouraged him. His talent for a bit of showmanship gained him a following so he determined that since “movers and shakers” were important, as a son of the south and a resident of Atlanta, he’d become the Georgia Shaker.

The next epiphany was inspired by his younger brother Huston who practically since day one had been Chevy loyal. The brothers shared wrenching abilities and both loved the drags so Hubert settled on Ford as his marque of preference and the brothers traveled the circuit pretending to personally be arch enemies and, of course, Ford versus Chev—a crowd-pleasing act pioneered by Barney Oldfield! 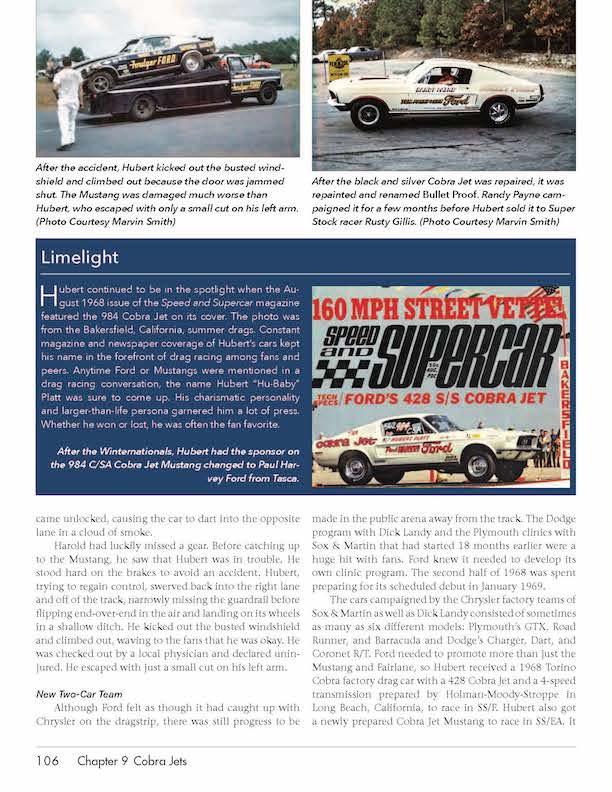 Competing seriously on the drag circuit could—and did—become a way to support his family. And it wasn’t just the “act” for in real head-to-head competition Hubert and his various Fords were the “real deal.” Plus he and his rig (tow and racer alike) were always immaculately turned out and he always—make that always—had time to greet fans, sign autographs, pose for pictures. It didn’t take long before Ford Motor Company noticed too and thus Hubert became part of the Ford Performance program, specifically on—and the Eastern Region captain of—the Ford Drag Race Team. 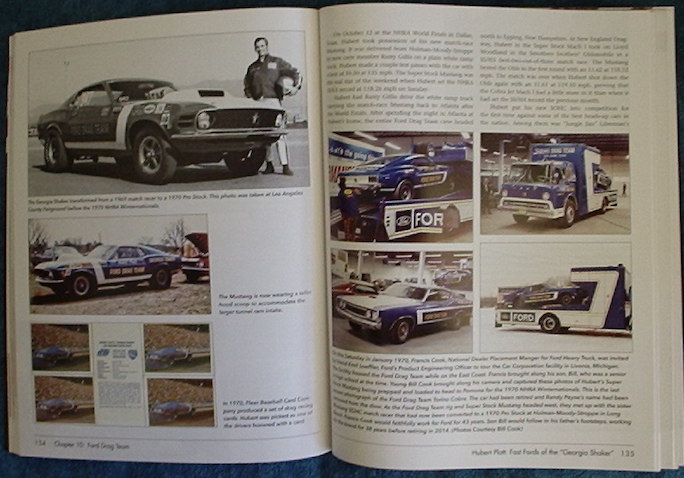 Son Allen often accompanied his dad, first as a lad during his youth and later, after Hubert retired, on the drag race history trail. During all that time together Allen learned to ask specific questions and take detailed notes. It helped too that his mom had kept the decades worth of scrapbooks. 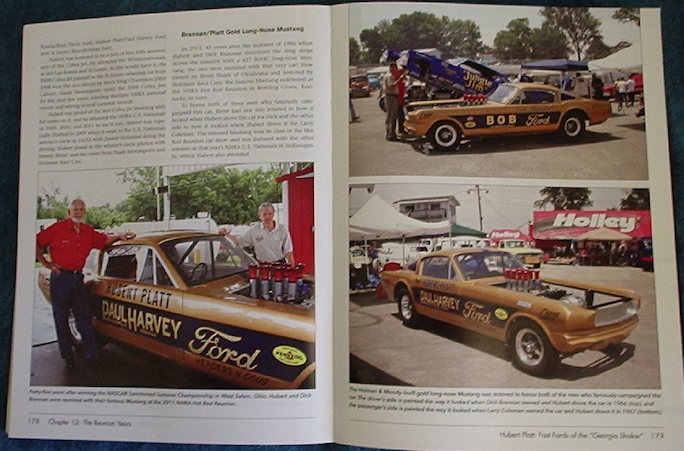 Allen Platt put all those resources to good use in order to tell his father’s story. The book’s pages introduce the reader to the people Hubert raced with, against and for throughout his lifetime. And it tells of cars Hubert developed, then built and drove with each shown in its various liveries. Just as Hubert’s Ford’s moved right along, the book holds the reader’s interest as it tells of the time, the places and the life of The Georgia Shaker.