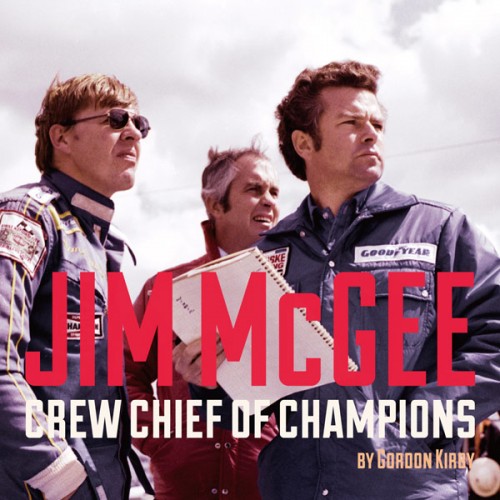 “While I respect the tradition and great history of the Indianapolis Motor Speedway, it really upsets me when I hear people talk about how they get goose bumps when they pull into the Speedway. It makes me mad that any place could do that to people, that it could influence their thinking and their minds about how important it all was, that it was life or death.”

Well, easy to say if you’re one of the most successful crew chiefs and team managers in Indy car history with absolutely nothing to prove. But even though this quote was uttered by a long-retired McGee, he did act that way already in his early days. In fact the methodical calm he brought to the chaos that is pit lane cemented his reputation as much as did his technical and people skills.

This Crew Chief of Champions is also a champion among crew chiefs, which is probably why this book was once intended to have the subtitle “Five Decades of Indy Car Wins.” Ninety USAC and CART wins, nine championships, and four Indy 500 wins (with Andretti, Mears, Johncock, Fittipaldi) between 1965 and 2005 are the stuff that deserves a proper book—and this is it. It is the third in a new series of American Racing History, and if it proves one thing it is that books like this need to be written while the people they’re about are still around. McGee is 77 now (2014), still firing on all cylinders and able to draw deeply from the well that is his vast life experience. 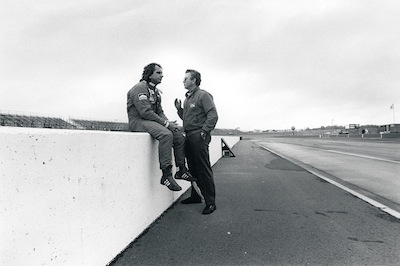 Much of the book is in the form of long first-person passages by McGee (right in above, with Fittipaldi) , augmented with material from interviews with many of the top drivers and team owners of his time. Most of them worked with McGee but even those who didn’t hold him in the highest regard. All but the first chapter which covers his childhood close with a commentary by one or several people that is specific to the respective chapter; Mario Andretti makes repeat appearances here.

Veteran author Gordon Kirby (10 books, also US editor for Motor Sport magazine in the UK) portrays his subject ably and sympathetically but modern-day readers, certainly those dissatisfied with the current state of affairs in American racing, will find some of McGee’s analyses or opinions (money, sponsorships, technical and regulatory parameters etc.), especially in the Epilogue, so rooted in their day as to have no application any longer. But—that’s not the purpose of the book anyway; it is a record of its time and as such it adds much nuance and detail to racing history. McGee is plenty candid without being impolite when it comes to calling a spade a spade, for instance driver Eddie Sachs’ utter incompetence regarding technical matters or the babying required to keep Nigel Mansell’s spirits up, something that ultimately put a strain on the Andretti relationship.

Photographically the book is very strong, thanks to the half-million images in the publisher’s archive and McGee’s own photos and many other sources. Appended are lists of the 90 wins, the 44 drivers who worked with McGee, and the teams he was involved with. Very nice Index.

McGee got his professional start under the legendary Clint Brawner—quite a different personality—who long ago wrote his own autobiography, Indy 500 Mechanic, The Inside Story of Big Time Auto Racing (ISBN 978-0801960642). Read both these books to get a good look behind the curtains.

If you’re ever in Boston on an August 10, be sure to raise a glass to toast “Jim McGee Day” which was added to the local calendar in 1982 after its native son won the Indy and Michigan 500s with Johncock.

Kirby has signed up to co-author with Joe Freeman (the publisher) the next book in this series, Second to One, which portrays forty drivers who finished second in the Indy 500 but never won. A tentative future collaboration will be a definitive history of Carl Haas and Newman/Haas Racing.

Copies signed by McGee and Kirby are available from the publisher upon request.