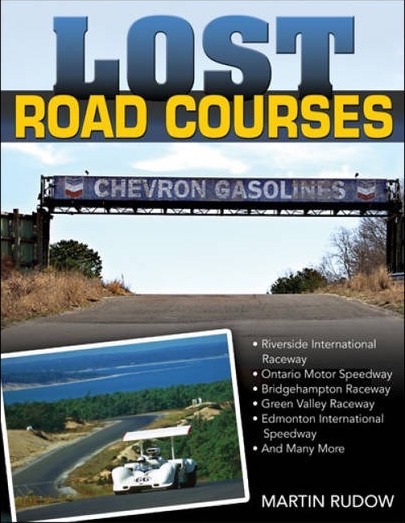 “They should be remembered and celebrated for being colorful, exciting, and sometimes dangerous arenas. They were simply and gloriously the result of the dreams of men and women whose reach exceeded their grasp.”

The subject of this commentary is one of the now numerous track history books that focuses on a specific type of track, lost road courses. And the way author Martin Rudow and publisher CarTech approached conveying the information does a real service by bringing some stories to closure that are presented, but not as fully, in other books.

As an example, Joel Finn in his book Bridgehampton Racing: From the Streets to the Bridge (2004) chose for reasons known only to him to stop the narrative at 1970 although the track continued to host and hold races through 1984 and other events up to 1999 before pressures of increasing land values finally forced its closure forevermore. 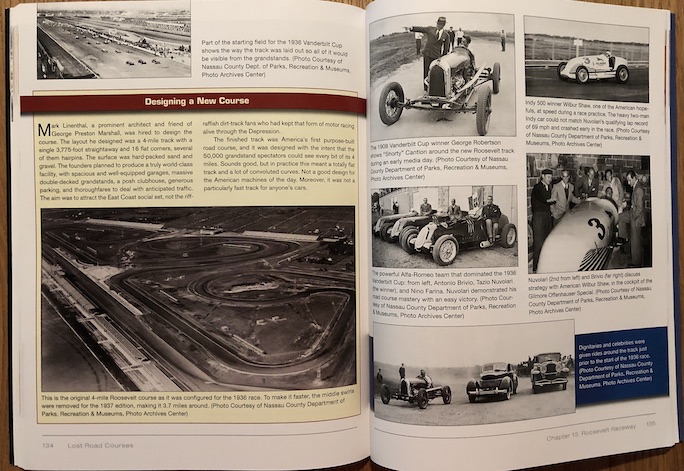 Another very early track history tome, Where They Raced (1996), actually began as author Harold Osmer’s graduate thesis. Nowadays, track history books are numerous. Your commentator has well in excess of twenty such titles and that’s certainly not all that are in print as there are books that cover North American tracks of all types and others that tell of European and British Isles tracks. Some books focus on a single specific track (Pete Lyons’ Riverside International Raceway published 2015 by Spry), others are themed by types (i.e. dirt, road courses, drag strips, ovals, etc.), and others by geography (Silent Speedways of the Carolinas by Perry Allen Wood, published by McFarland in 2007). 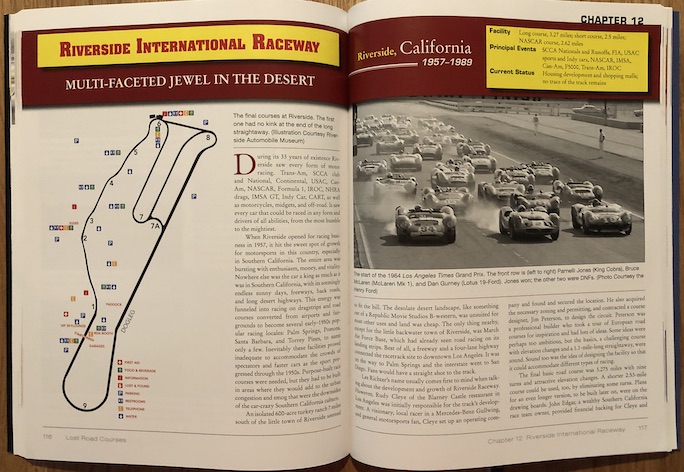 Each chapter of this book tells the story of a different no-longer-operating track in words and period photos with the information organized and presented in a most useful fashion. Each chapter opens with a clear and detailed map of the particular course as well as the basic statistics for each track. Thus Lost Road Courses is both an interesting read and later a useful resource in spite of it lacking an index. 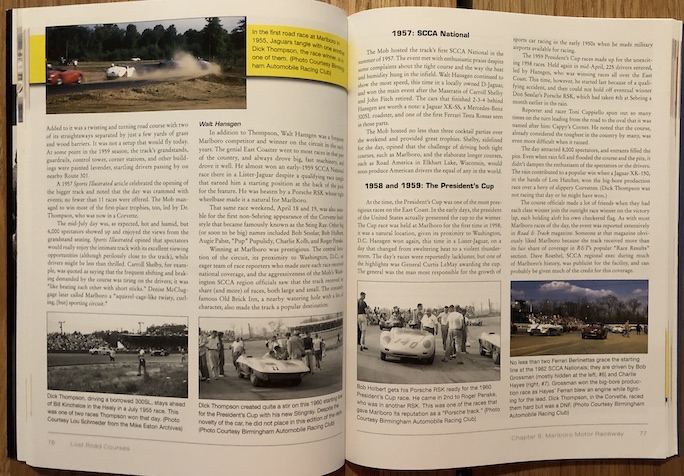 Martin Rudow, a lifelong fan of road racing, opens his book with a brief synopsis of road racing with many of the competitions run on purpose-built road courses and how it gained, then waned, in popularity with the ticket buying public. He also relates how he and his wife roamed the country in their little Rialta motorhome visiting the eleven states and one Canadian province where fifteen of the seventeen subject lost courses once were located. Traveling in excess of 8,000 miles they missed personally visiting only two of the track sites, the one furthest north in Edmonton, Alberta, Canada and the one furthest south in Nassau where the Bahamas Speedweeks party held forth from 1954 through 1968. 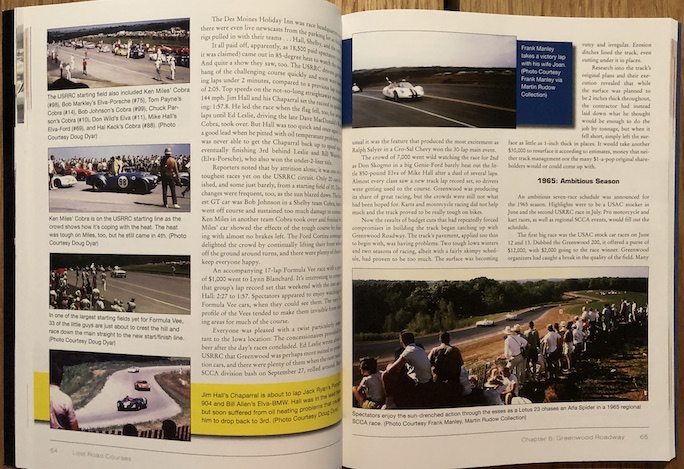 This is a typical CarTech book in the sense of its presentation being clear and straightforward. The paper stock produces clear, sharp images and bindings hold up well to repeated use as in reading, rereading and page-flipping just to enjoy the images again and again.

The timeframe covered may surprise some. Roosevelt Raceway on Long Island in New York state ran road races in 1936 and ’37 and not again until 1960, a revival attempt. The longest-lived of the “losts” was Bridgehampton as mentioned at the outset. In both instances and as with Southern California’s Riverside raceway (1957–1989) the “bad guy” was increasing property values, a reality against which even the most successful racetrack simply couldn’t “compete.”

The next to last chapter, number 16, concerns itself with the various iterations of Watkins Glen in upstate New York. In a very real sense the Glen is still viable as in this area vintage racing weekends are held and it is the site of the very fine and comprehensive Motor Racing Research Center. The Center is where SCCA’s official records, publications, etc. are housed and an annual racing history conference attracts speakers and attendees from the world over.

For those who have interest in or need of a reference tracing road course histories, Martin Rudow’s book Lost Road Courses provides a good, clear, well-presented read and merits inclusion on the library shelves.