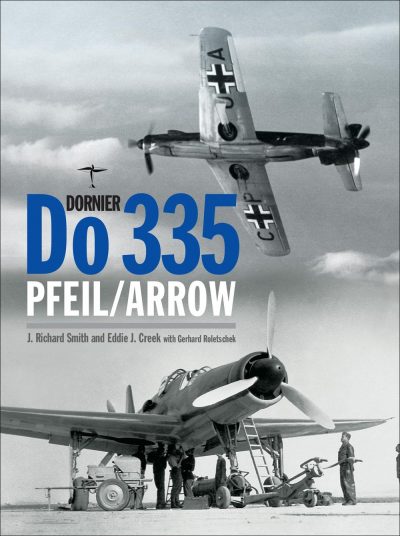 “What does emerge from the history of this remarkable fighter is the huge amount of futile work that was put into its development and production. It seems that like the proverbial Nero the German Air Ministry and aircraft companies alike were fiddling while Rome burned.”

Belying its quite enormous size, the Arrow did its name proud and was one of the fastest piston-engined aircraft of its time. Had there been time for it to become operational before WWII ended, who knows how many other good ideas this all-weather heavy fighter might have spawned even if its own specs and features already represented the end of an era. 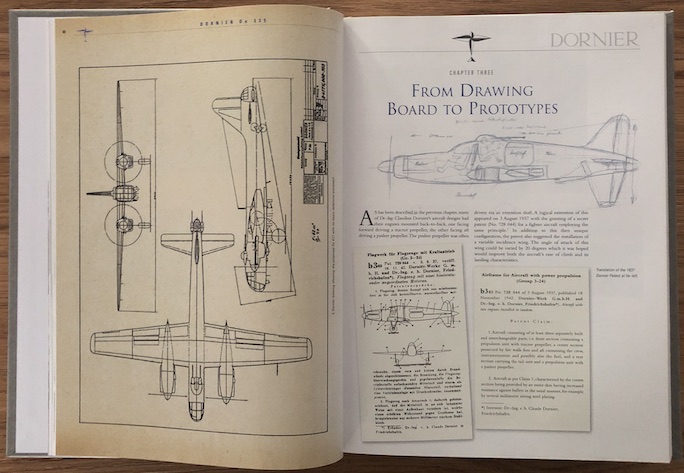 What little there is in terms of fully detailed literature about this unusual aircraft comes largely from these two British authors who first started collaborating in 1972 while still engaged in their respective professional lives. This is at least the third time they have produced a book-length treatment of the Arrow, this newest version being an expanded version of their last one, in 2007, for the same publisher and with the same German co-author, Gerhard Roletschek of the German air force whose 1981 academic thesis on this aircraft introduced many original sources such as interviews with Dornier personnel into the record. (If you have the 2007 book, sell it—asking prices are a multiple of its MSRP.) 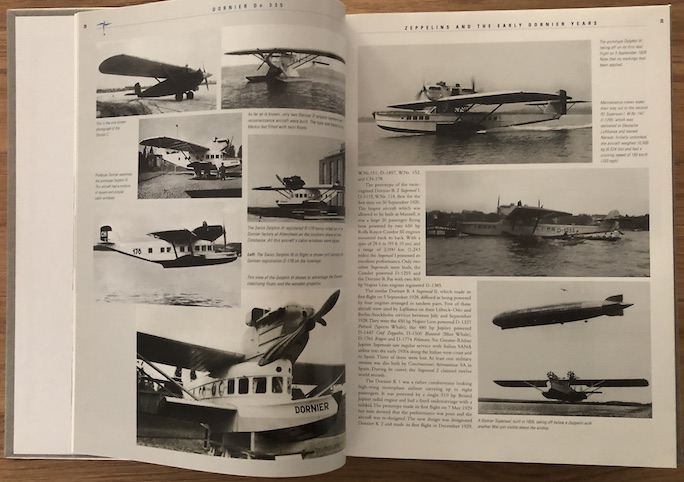 The new book adds some 80 pages to the 176 of the original and another 150 illustrations many of which new to the published record. Both editions follow the same outline and most of the new text appears to be concentrated in the first two chapters that deal with the early history of Claude/Claudius Dornier. Chapter 1 going into quite a bit of detail about Count Zeppelin and his airships will seem farfetched only to those who fail to appreciate that it was he who saw such promise in young Claudius that he hired him as his personal scientific advisor in 1910, only three years out of school and in his fist aviation job. This is a long time before the Arrow but the key thing to note here is that Dornier by then already had a number of successful puller/pusher aircraft in his portfolio. 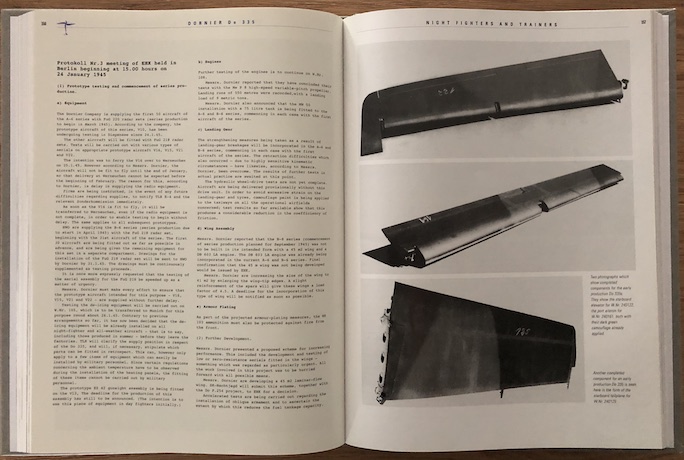 While the title of chapter 2, “Hitler takes Power and the Luftwaffe is Born,” might lead one to expect a comprehensive look at the German aircraft industry, which certainly would have yielded useful context, neither of those topics is given more than passing mention. Instead the emphasis is on all the Dornier flying apparatus that came before the Do 335. The Arrow had its problems but the authors make the case that it was and has remained a misunderstood and underestimated aircraft. 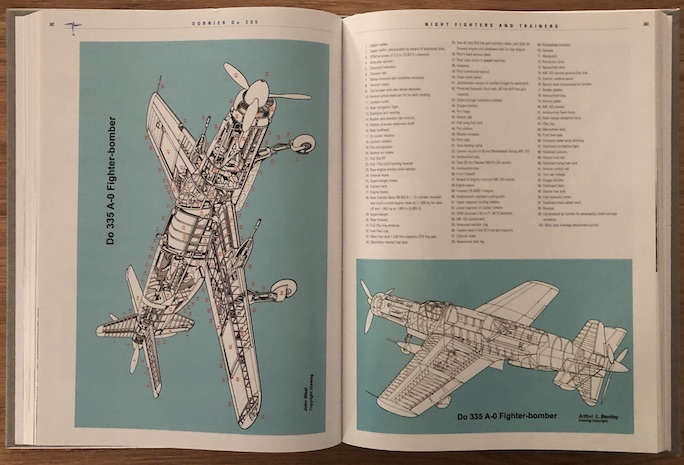 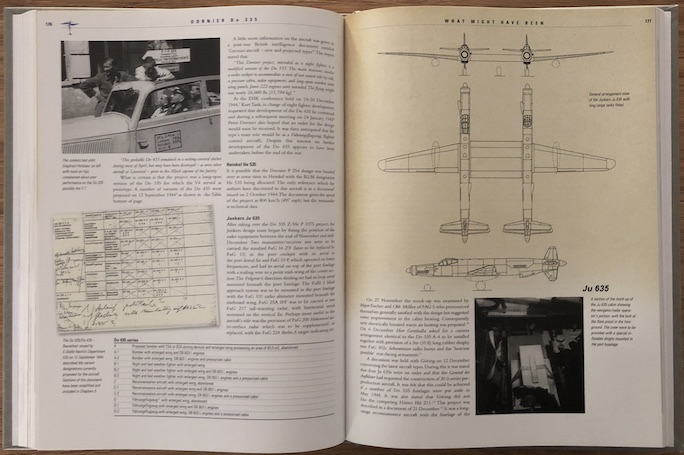 Among the few areas the book only glosses over is the situation at the end of the war and the relationship between the Allies engaged in Operation Lusty (probably not what you think: Luftwaffe Secret Technology) and the remaining German scientists, in this case Dornier personnel which the authors describe as being “seconded to the Americans.” There is also some lack of clarity regarding the moving to and fro between the US and Germany of the only surviving airframe, now on display in the US at the NASM that was sent to Dornier for restoration in the 1970s; quite a number of photos, mostly undated, show details of that project. 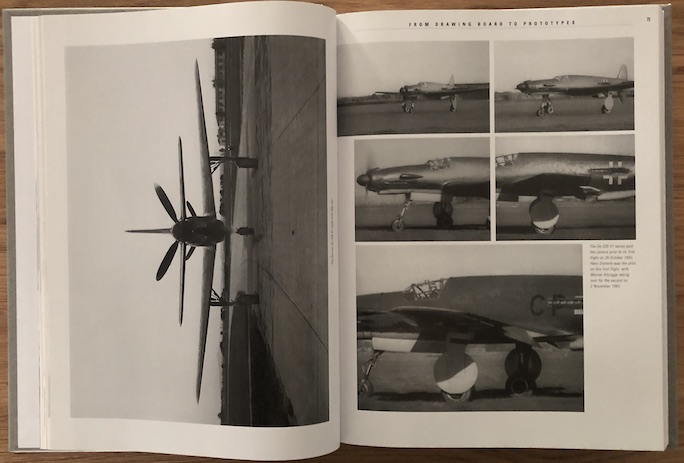 A global cast of characters is credited with supporting this book, quite a few in Germany which makes it surprising that some language mistakes have remained, mostly in relation to German ranks and abbreviations. As in all books in this series, the scope of the illustrations is exemplary. At 9 x 12″ the book is plenty large but some photos are given even more punch by printing them sideways. Everything the text talks about is shown, from design and production to operational use and camo/markings. There are lots of exploded drawings and of course a number of color profiles; modelers will find a wealth of detail here. 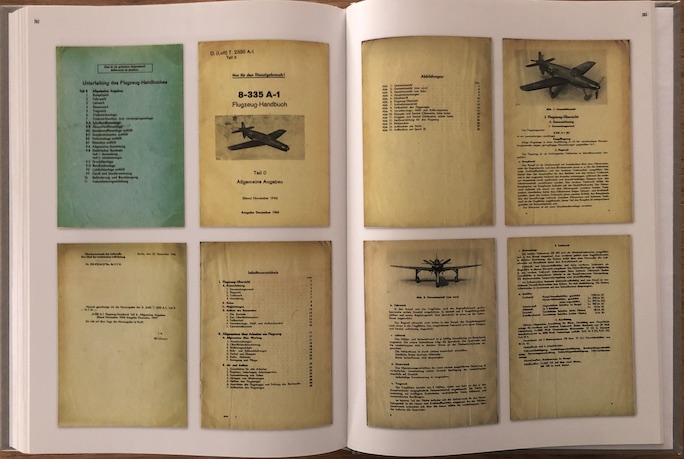 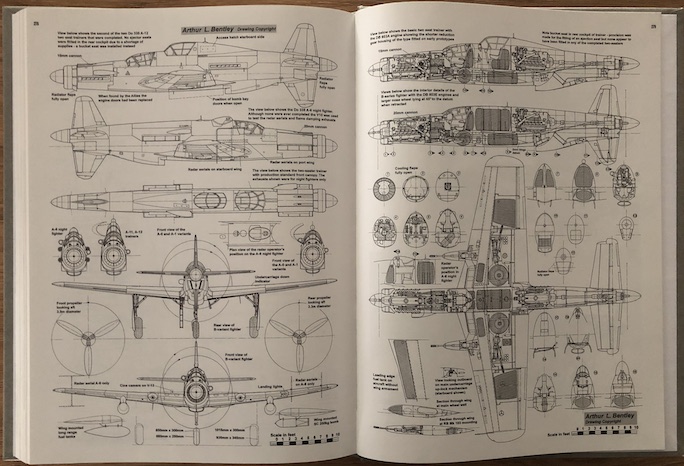 Appended are a facsimile of a Do 335 handbook from 1944, production details, multiple pages of 1/72 scale drawings by Arthur Bentley, and detail photos of an assembled Japanese-made 1/32 model kit. Glossary, Index.

Posted Under: Aviation, Military | Author: Sabu Advani | Comments not open.
The B-25 in the Backyard »
« Car Spy: Secret Cars Exposed by the Industry’s Most Notorious Photographer