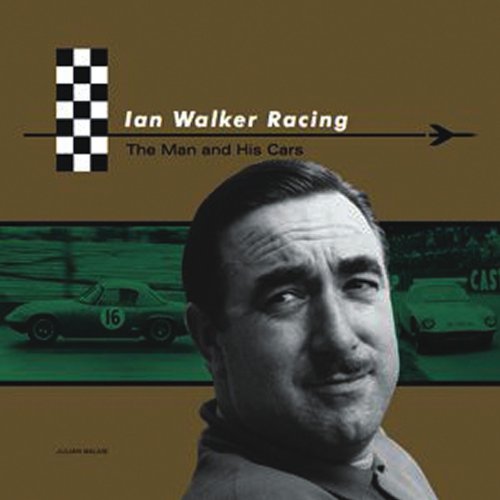 When Ian Walker died in 2008, an obituary by motoring journalist David Tremayne called him the Doyen of British motorsport. As a team owner, Walker played a key role in international racing at a key time for British motorsport in general and Colin Chapman’s Lotus in particular. That there has not been a book about him before this one is odd indeed, but, on the plus side, this one is so good that no one else needs to bother with another one.

Walker would have liked this book, because he was a stickler for doing things just so and had a short fuse for anything less than perfect. He also would have liked this book because he had a mind to do one just like it himself and had set up files of photos and ancillary material in a manner that would lend itself to writing it. Alas, he didn’t live long enough. In Julian Balme he has found an entirely capable and simpatico biographer who not only knew the protagonist but also has a knack for doing things just so. And he’s a Lotus man, preaching the gospel of classic-car ownership—in fact he is known to have never owned a single modern car—and his byline regularly appears in motoring magazines on both sides of the pond.

That this opulently spec’d, oversize book (12 x 12″) has such a purposeful and distinctive look is due to another side of Balme, his professional skills as a book and record sleeve designer in the entertainment business (Stiff Records, his own company Vegas Design Associates). Photos abound, many large, quite a few in color. A closing chapter is a parade of “significant survivors” among the cars with a Walker connection. 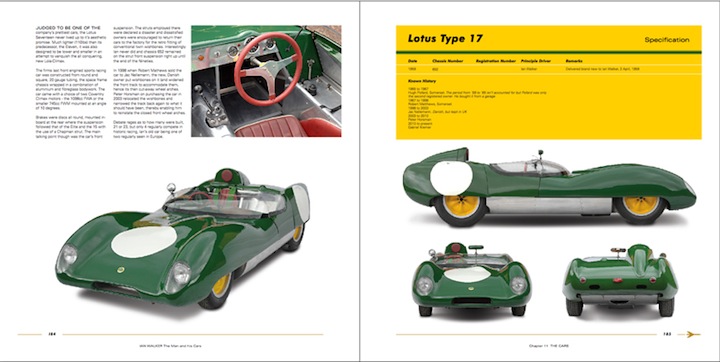 Walker too had several sides to his professional activities and it is not inconceivable that there are people who wouldn’t know to associate him with racing at all but recognize him as the man behind the Westway scale aeroplane replica business but it is that gig that really bankrolled the racing, more so than even his car dealing. (Next time you watch Dr. Strangelove look for that B-52, it’s a Westway model. There’s half a dozen other movies and Westway even made a 40-ft Eiffel tower for a park in Belgium.) 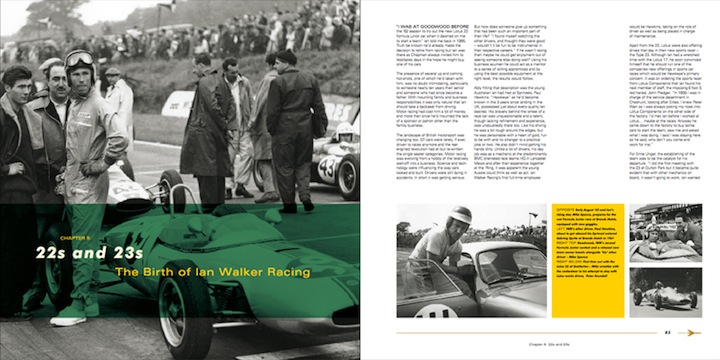 Walker kept his businesses strictly segregated and only close friends and associates crossed the various circles—what this means is that this book, which discusses all these bits, has many things to offer to a whole bunch of different readers.

Walker’s wife and his sons made themselves available for interviews, supplied photos, and surely took keen interest in the making of the book, and a long string of contemporaries shared memories of the man everyone seems to remember as “a real character” and “a great storyteller” and, yes, inveterate dealmaker which earned him the nickname Walker the Talker. Balme’s lively book is a splendid, thoughtful and thorough portrait that mostly focuses on the one great decade (each year is accompanied by a mostly full-page table listing the “Race and Racing Record”; but here and throughout, someone needs to read up on the difference between principle and principal!) in which an amateur rally driver could rise to private team owner who could duke it out the highest levels of international motorsports. 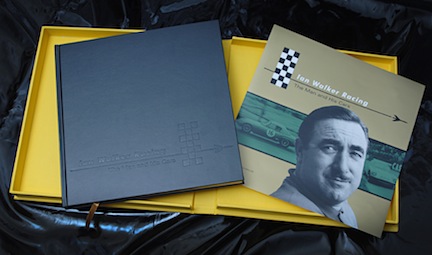 But, just to say it once more, aside from its top-notch contents the physical properties of the book itself make it immensely attractive. Lest we forget: limited edition, 1500 copies. Also available in a super-duper publisher’s edition of 100 numbered and signed copies (ISBN 978-1-902351-48-3, $195) in clamshell box.