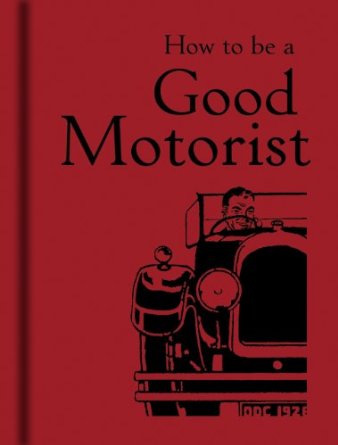 “It may sound uncomplimentary, but, when driving, look on all other drivers as fools.

When you meet a fool—there are plenty on the road—you will then be ready for him.”

The sentiment of that thought is almost timeless; only the lavish punctuation is a sure give-away that this was written in a time possessed of greater refinement than our 140-character-tweet era.

The time is 1923, the motorcar is enjoying widespread acceptance, new autoists—and of both sexes at that—are minted in ever-growing numbers. Advice is what people need, and one Harold Pemberton, Daily Mail motoring correspondent, is happy to dispense it. From buying to servicing to insuring a car, Pemberton enlists anecdote and scientific fact to take the mystery out of motoring.

Some of the pointers are as relevant today as then: “Finding the capital to buy a car is often a fairly simple matter; but earning the income to run it is a different proposition.” There is a reason a 1980s Rolls-Royce can be bought for an eighth of its original MSRP. . . . This undeniable truth apparently did not hold true in Pemberton’s day because he opines, “A car costing £500 will depreciate probably 20 per cent each year, for the four years of its life. The really first-class car in the £2,000 class will depreciate only 10 per cent.” We should be so lucky. (We are lucky inasmuch as our modern cars easily last longer than four years!) 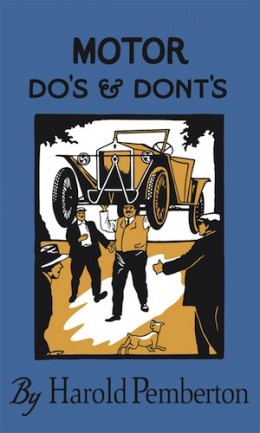 This little 2013 reprint is an abridged version of Pemberton’s 64-page book Motor Do’s and Dont’s (still available! Ebury Press/Random House, ISBN 9780091928322). The only reason the reprint has more pages than the original is its diminutive size of 4.8 x 5.8 inches. Its six pieces of line art were not in the original but are culled from a number of period publications.

The publisher is the Bodleian Library at the University of Oxford, founded in 1602 and today the largest university library in Britain. It houses over 11 million volumes plus manuscripts and rare books and its vast holdings make possible the reprint of a great number of these historical artifacts.

Next time you’re stuck in interminable rush hour, pull this little book out of your pocket—and dream of simpler times.

by The Bodleian Library, 2013   [US distributor: Univ. of Chicago Press]

Flying Boats of the Empire: The Rise and Fall of the Ships of the Sky »
« Betrayed: Secrecy, Lies, and Consequences