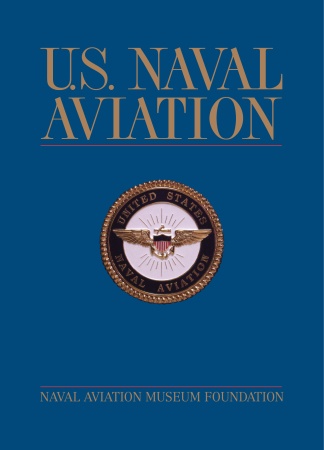 After taking a first, skeptical look at the newfangled flying machine in 1898 it would take until May 8, 1911 that the Navy placed its first order for a proper aeroplane, and that day was later designated as the official birthday of naval aviation in the US. First published in 2001, this now revised and updated version of the book celebrates a big round number: 100 years. (The new edition, incidentally, is cheaper than the old one was.)

As is fitting, such milestones are the occasion for pomp and circumstance—and reflection. This book offers a bit of both. As the other half dozen similar books by this publisher on all the various service branches, it sports the signature fancy padded covers and three-dimensional crest inset on the front cover.

Retired admiral Leighton Smith emphasizes in the first chapter that a naval aviator must possess two traits that seem uneasy bedfellows: fierce independence and a commitment to teamwork. Teamwork is also the tack taken in this book, published in association with the Naval Aviation Museum Foundation, which brings together 10 contributors under the guidance of editor in chief Goodspeed. As Director of the Emil Buehler Naval Aviation Library and Historian at the National Museum of Naval Aviation in Pensacola he can be expected to have the proverbial 64,000-foot view of the world. Goodspeed himself penned the 2003 opus U.S. Navy, A Complete History (ISBN-13: 978-0883636183) and one could fill several bookshelves with the output of the other contributors to this book. Half of them are retired officers, the other half historians specializing in military/aviation subjects.

The fact that they all have different specialties accounts for what one might call a lack of linearity in the presentation. In other words, the book skips around and is not a blow-by-blow chronology of the Navy, Marine Corps, and Coast Guard aviation arms. This causes both overlap and gaps. That said, a very comprehensive Index goes a long way towards helping the reader follow various threads and get a grip on the subject. Still, the new reader will find it difficult to make self-guided discoveries. There is, for instance, no timeline so if you wanted to discover, say, the first female Navy flyer you’d have to already know her name (Barbara Allen) before you could look her up in the Index (which, incidentally, would send you to p. 48—except that she’s really on p. 46. This discrepancy is true, annoyingly, for a number of entries.)

Following what might best be called “inspirational” comments on the naval flyer’s ethos and role in the service, Goodspeed lays out the basic history in broad strokes, from pioneering self-taught flier Eugene Ely with his football helmet and life preserver made from a bicycle inner tube to today’s advanced aircraft and highly specialized flight crews. Throughout the book, as in the fleet itself, aircraft carriers play a dominant role in this story. Ch. 3, “Sea Wings” will be of greatest appeal to readers interested in the aircraft. From dirigibles to helos to jets it shows a good sample of the overall inventory. Carrier flight deck operations are described in some detail, including a 1961 photo sequence of a Crusader going spectacularly into the drink. Uniforms, gear, recruitment, training, and theaters of operations are covered; one chapter each deals with the Marine Corps, Coast Guard, and the Blue Angels demonstration team.

At over 13” tall there is lots of room for photos. A good number of them are from fleet photographers and by Al Audleman, a commercial civilian photog who very actively writes about and teaches photography. Photo quality—and reproduction—is uniformly impressive. Even air-to-air photography is uncommonly sharp and detailed. The vast amount of archival material and realia is a special treasure. In most cases, individuals are identified by rank and name; if you come from a military background chances are you’ll recognize someone.

Nowhere but the chapter openers does artwork cross the gutter, loosing only minimal detail thanks to the book having a rounded spine which allows it to open more fully than a straight spine. There are also many examples of fine art from names such as Grinnell, Dietz, Wilbur, and R.G. Smith.

The book’s “mission” precludes it from being a detached appraisal. Even on the relatively innocuous subject of equipment don’t expect to find anything critical, to use just one random example, about the troubled Osprey tiltrotor. The book is meant to inspire and it does. If, at the end of it, you can think of nothing finer than to pin wings to your chest, read the first chapter again to be reminded of just how difficult this job is.

The Book of the Lamborghini Urraco: Includes the Silhouette and Jalpa »
« British Car Advertising of the 1960s