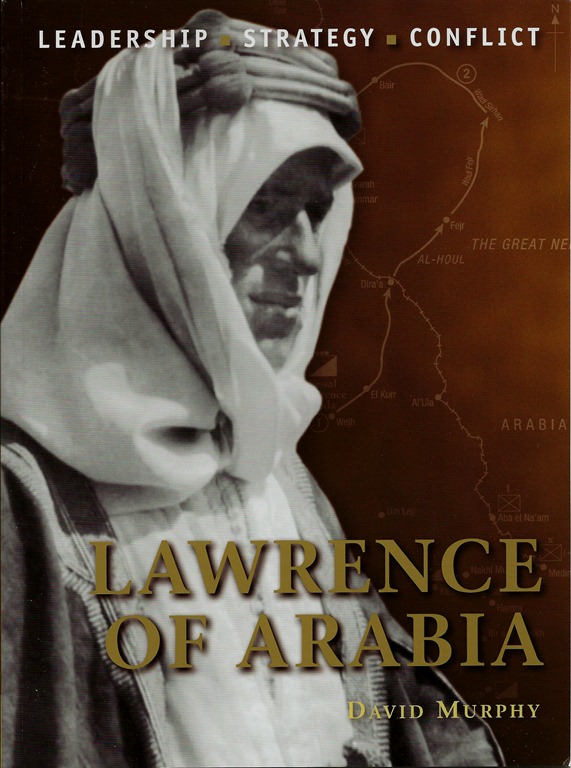 “Despite not being a career soldier, his World War I exploits had a major impact on the outcome of the war. Indeed, this amateur soldier was to play a crucial role in the creation of the modern Middle East.”

There’s hardly been a single year since his death almost 80 years ago that there hasn’t been something published about Lawrence of Arabia. Partly this is because his exploits, coupled with his enigmatic life choices captured the public’s attention and partly because the corner of the globe that put his name into the headlines has never ceased, for all the wrong reasons, to remain a headline itself. Syria, Arabia, and the Middle East in general are in the news every day and it’s all more or less directly connected to Lawrence’s and his government’s political and military actions lo those many years ago.

Still today, or rather especially today in the context of fomenting indigenous revolts and fighting insurgencies, Lawrence’s writings are as much required reading in military circles as are Clausewitz’s. That the two should even be mentioned in the same breath is a supreme irony, for Lawrence (1888–1935) was an “accidental” soldier, both in practical and in philosophical terms. “Nothing in his early life suggested that he would excel in a military career.” And even though he ended the war as a decorated full colonel, having entered military service via a civilian job and on the “Special List” (i.e. without a Regimental attachment), he did not “excel” in his military life nor, for that matter, his personal. The very qualities that would make his commanding officers see him as a round peg in a square hole are what set him apart: self-guided, resourceful, independent of thought, and capable of entertaining and then adhering to convictions however unbalanced. The Arab Revolt with which he is so singularly associated both spurred him on and broke his heart.

Lawrence, as so many of his contemporaries, left a voluminous paper trail in the form of correspondence and official reports. They shed much light on his actions and they also obfuscate—no wonder that the several T.E. Lawrence Societies don’t run out of things to debate. Author Murphy is a member of one of them and an academic historian with an interest in strategic and defense studies. The book is volume 19 in this publisher’s “Command” series that examines “the background, tactics and battlefield experiences of the greatest commanders of history.” Small as it is at 64 pages, it is a most suitable primer to Lawrence’s trajectory and provides the reader all the key talking points. It should be read before, or alongside, any of the many volumes of his writings or others’ commentary thereon.

Given the book’s purpose it is no surprise, and not a criticism, to note that it does not satisfactorily plumb the depths of the supremely difficult to pin down psychological stirrings of a deeply conflicted man. Without them Lawrence would neither have had the affection, then compassion, then obsession for/with his Arab friends nor suffered the disillusionment when their, and his, cause unraveled with the Sykes-Picot Agreement. 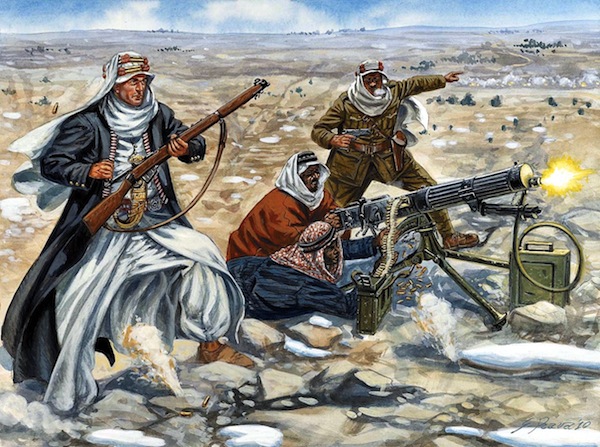 The book is very nicely illustrated with period photos (some actually new to the record), maps, and three full-page color paintings (including the Rolls-Royce Silver Ghost armored car) by self-taught Italian artist Giuseppe Rava who has established himself as a leading military history artist (the original paintings are available for purchase). Bibliography, Index.

The Lawrence of Arabia you’ll meet here is not the man you think you know from the eponymous movie!