The Handley Page Victor: The History and Development of a Classic Jet, Vol. 1 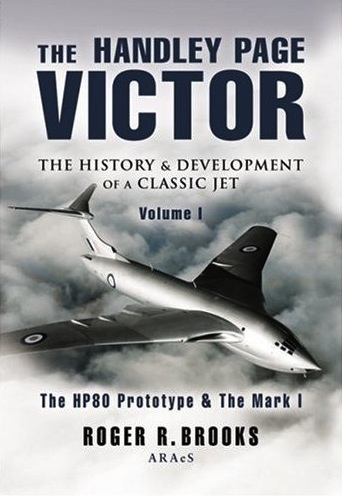 The HP80 Prototype & the Mark I

“66 (e) Special White Lighting, now under development, is to be fitted in the pilots’ cockpit so that the pilots can see the instrument panel after an atomic explosion.”

All of Britain’s three V Force Cold War bombers had remarkably unusual looks but the Victor’s shape is surely the best-looking, at least in the air. Conceived in 1945, started in 1946 and entering service in the 1950s, it was the longest-serving of the three, none of which were ever used in their primary role as long-range nuclear deterrent. All, and most especially the Victors, saw out their days as tankers.

The literature on these important aircraft is truly large. Even if you have every book on the Victor, you’ll want this one and its companion volume because these two focus on the primary sources that make the other ones possible. The reason for that is that only this author could put together this sort of book. Brooks is an RAF veteran who was crew chief on Mk1 and Mk2 Victors. Strictly speaking, even in retirement he still is, looking after one of the three privately owned Victors, XL231 Lusty Lindy. It is, in fact, his involvement in aircraft restoration/conservation that adds an important layer to his qualification for writing this book, as does his (past) chairmanship of the Handley Page Association. He’s also an Associate of the Royal Aeronautical Society and professionally involved with air show flightline operations.

Brooks is quick to point out that this book is conceived as a reference-level Data File to be used in research. It contains minimal overarching narrative and thus does not lend itself to a cover to cover read. You are encouraged to skip around guilt-free: “You do not have to read it all, just the relevant items that appeal to you.” And skip you will, weather for joy or because you’re going cross-eyed from staring at reams of data and pages of reproductions of manuals and memos. All these bits are absolutely important, to the right sort of reader, so don’t fault the book for not being the run of the mill coffee table tome brimming with sexy photos.

The Foreword by Handley Page Chief Aerodynamicist Harry Fraser-Mitchell who spent much of his working life on the Victor points to the merits of Brooks both having been on what he calls the “sharp end” of Victor operations and having developed an uncommonly deep interest in its design and development which led to the building of a substantial archive over some 35 years. Brooks interviewed several key HP folks for this book; many of them are quoted here, often extensively, sometimes even in the form of having entire technical papers reproduced. The latter will have annotations/comments by Brooks interspersed in italics. He casts a very wide net and some of these papers (cf. from Handley Page Bulletins: “Safety in Aircraft Design” or “A Turbojet Wind-Tunnel”) have application beyond the HP80/Victor project and will be of interest to general aviation readers. Likewise, the reproduction of ministerial-level paperwork (requirements, specifications etc.) sheds light on the inner workings of procurement and planning not normally accessible to people outside the process.

The book is about evenly divided into development/testing and series production of the Mk1 (the Mk2 is covered in vol. 2). Especially the first section features many General Arrangement drawings, design studies, and models. If you ever handled GA drawings you know how big they are; their small size in this book means you’ll either have to whip out the magnifying glass or pass them by. The tech art in the second part mostly consists of sectioned views of specific assemblies and control panel diagrams. There are a number of fuel flow diagrams, a whole-plane cutaway, and a 3-view.

Every aircraft system is covered and the all-important crescent wing gets lots of attention, down to welds and joints. Each variant is introduced by several pages of commentary and then each airframe’s life cycle is described in list form. This section is amply illustrated by photos of many of them. The photo captions are very specific (serial numbers, locations etc. but not always dates; all are credited and many are from Brooks’ collection). Color images are bundled into one 16-page section, three of which show seven color profiles by David Windle (left or right side views only; gear up/down, with different stores, refueling hoses extended etc.—modelers will be happy!). The observant will note that some of the color photos are shown again elsewhere in the book in b/w; if you’re even more observant you’ll also note that the color photos are dated differently than the identical b/w ones!

The vastness of detail buried in these primary sources means you’ll have a problem if you ever want to find anything the next time you’re looking. There is no index (and, realistically, it is hard to imagine what an index for this sort of book would look like) so your copy will probably end up sprouting a forest of post-its in no time!

A very useful 2-page list of abbreviations opens the book, followed by a short Bibliography that is not entirely helpful. Most of the items are logbooks, crew reports, internal Handley Page reports, RAS transcripts etc.—the sort of thing an ordinary reader would be hard-pressed to obtain or check, and then simply refers to “my extensive collection of a wide variety” of material.

All the data offered here may seem plenty—but more still is contained in volume 2! While each book stands on its own, what’s the point of having one without the other? It is Brooks’ intention to release a revised edition in a few years and invites readers to share pertinent information via the publisher. 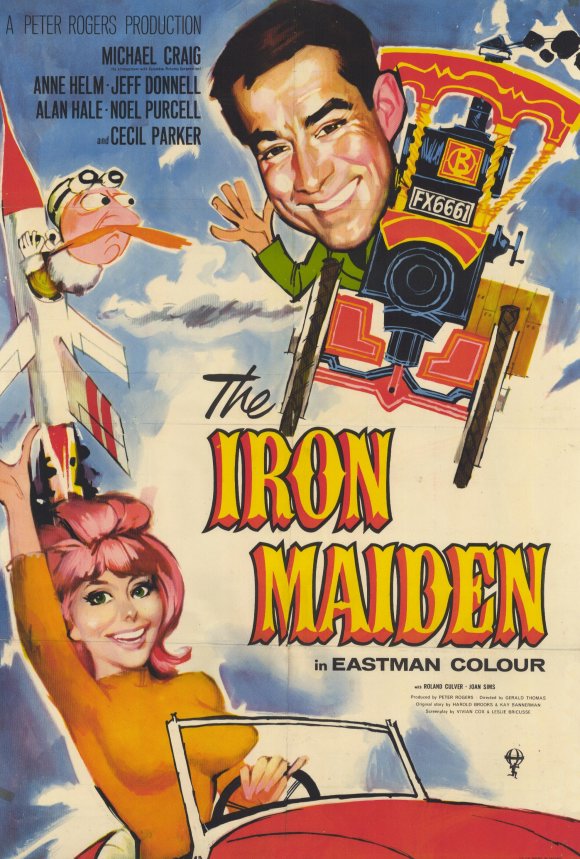 If all this whets your appetite for getting up close and personal with a Victor, hop on over to Yorkshire Air Museum where the only complete example left lives. This 1962 model is the one Brooks works on in his spare time and while it is not flown it is maintained in theoretically flyable condition. If that’s not on your itinerary, the next best thing is a movie, 1962’s The Iron Maiden which follows aircraft designer Jack who has a passion for—old-time traction engines.

The History and Development of a Classic Jet

Why Has America Stopped Inventing? »
« The Handley Page Victor: The History and Development of a Classic Jet, Vol. 2