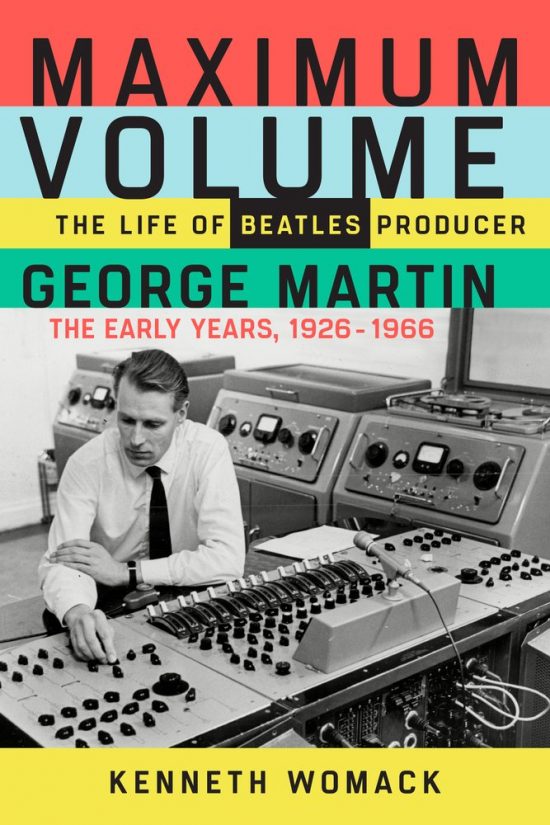 Perhaps you heard of record producer George Martin. Back when British satire rose to prominence in the 1950s and early ‘60s, he produced Peter Sellers, Peter Cook, Dudley Moore, and Spike Mulligan. Later he produced Ella Fitzgerald and Judy Garland. His was the blistering theme from Goldfinger by Shirley Bassey. As the ‘60s progressed and with British rock flooding the airwaves, he produced Cilla Black, Billy J. Kramer and the Dakotas, Gerry and the Pacemakers, and The Fourmost. Oh, yes, and there was this other group that he had a hand in popularizing: Hmmm, from north of England, four young men who had played rock-and-roll at the Star Club in Hamburg and The Cavern in Liverpool . . . .

Womack gives us a detailed, seldom told history of the years before the Beatles stumbled, almost clumsily, into Martin’s life—his family, upbringing, education, Navy career, musical background, and the luck that found him working for Parlophone, a branch of EMI. Martin’s rise through the hierarchy in the class-conscious postwar England is observed, and, to underscore this, Womack tells the anecdote, early on in the Beatles career, of a diplomat’s wife cutting off a chunk of Ringo Starr’s hair: “In an instant, George and the Beatles had been reminded, in a deeply personal way, about the role of class in British social politics.” 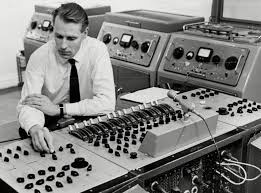 Martin’s marriage is detailed, along with his long-term affair with an EMI company secretary—although no salacious details are given. The relationship he had with the obtuse EMI executives—the bottom line being that they did not pay him anywhere near his worth to the company—is also told. The book clearly shows, too, the extraordinary time and effort Martin put into his job, and how much he worked with the Beatles as a fellow musician—and how much Martin truly loved and cared for them. The collaboration between Martin and Beatles manager Brian Epstein is detailed. Womack tells of the frustration Martin experienced with his dealings with David E. Dexter, Jr. In Beatle lore, Dexter is the small-minded, hidebound suit (still maligned by knowledgeable fans) who initially refused to release the Beatles on Capitol Records, EMI’s American subsidiary.

The last several chapters tell in detail how the Beatle albums were painstakingly crafted in the studios, and how swiftly Ringo Starr, George Harrison, Paul McCartney and John Lennon progressed, how their musical knowledge, studio skills, experimentation and creativity, often under Martin’s watchful ear, grew exponentially. These chapters show the steadfast professionalism of these musicians, something that too often gets lost in the many romantic tellings and retellings of their career. And the tale is told of how Lennon, during the Beatles For Sale sessions, accidentally leaned a guitar against an amplifier, liked the sound of the electronic distortion, and incorporated it into the recording. To quote Lennon: “I defy anybody to find a record . . . that used feedback in this way. Everybody played feedback on stage, and the Jimi Hendrix stuff was going on long before . . . . So I claim for the Beatles . . . the first feedback on any record.” There was a lot of such sonic experimentation going on, and Martin must be credited with being among the very first to utilize to a great degree of use of the entire studio as a musical instrument in and of itself.

Although the book gets the job done, there are times when Womak’s writing becomes distracting. When an early mentor of Martin’s, Sidney Harrison, is mentioned, inevitably it will be followed by “George’s fairy godfather,” and Martin himself is too often referred to as “the Parlophone head.” And now and again it seems as if we had been given the same information a chapter or two before. It seems that too often Womak is cutting and pasting.

There is another nit: Womak retells the story of how Ed Sullivan witnessed firsthand Beatlemania at the London airport and decided then and there to book the Beatles for his television show—but this story is legend, not fact. And, fair or not, even one slipup brings the integrity of the research into question. Much of the book is given over to quite detailed accounts of the recording sessions (Womack most likely relied greatly on research published by Mark Lewisohn), and after a while this becomes tedious. For fans who want this much detail, why not go directly to Lewisohn? Could Womack have found more to relate concerning the relationship among the Beatles and Martin rather than who was playing the harmonium? But these are minor complaints. Maximum Volume will remain important for fans who just cannot get enough of the Beatles, especially for those who are intrigued by the importance of Martin’s contribution to their recorded music. The next volume will be keenly anticipated.