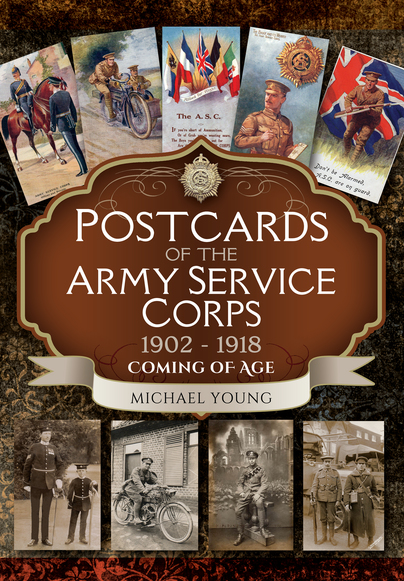 Since the Army Service Corps (renamed the Royal Army Service Corps after 1918, where this book ends, and divided into Transport and Supply Branches) is tasked with land, coastal and lake transport and also air dispatch, this book is obviously brimming with transport-specific imagery. But, see quote above, it also illustrates the more personal side of soldiering. From making snowmen and baking bread to more mission-specific activities such as supplying any manner of consumables and hardware to the British Army, some 540 mostly b/w images paint a rich picture. 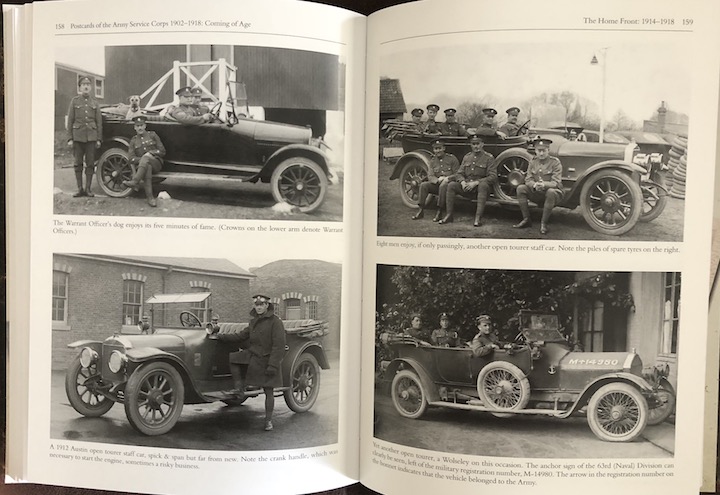 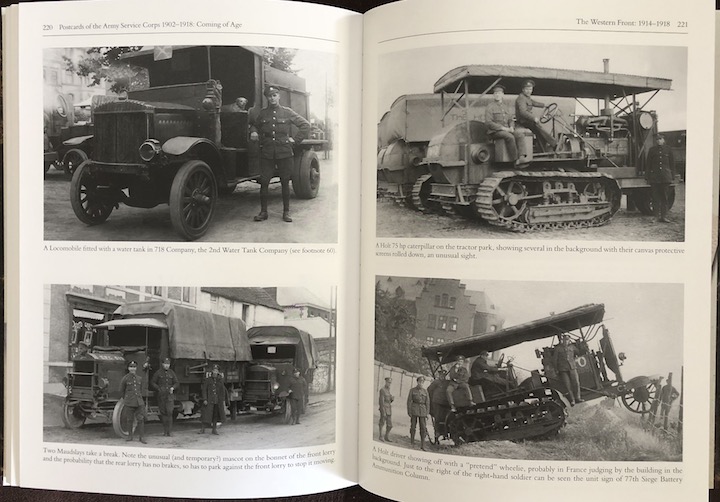 In the Great War era this book examines, the AST was the unsung hero of the British Army and although it exists still today, under a different name (the Royal Logistic Corps) and a restructured mission, even Brits seem to have lost sight of the complexity and importance of the AST. Consider that at its peak it numbered an incredible 10,547 officers and 315,334 men to better appreciate the capabilities of this organization. 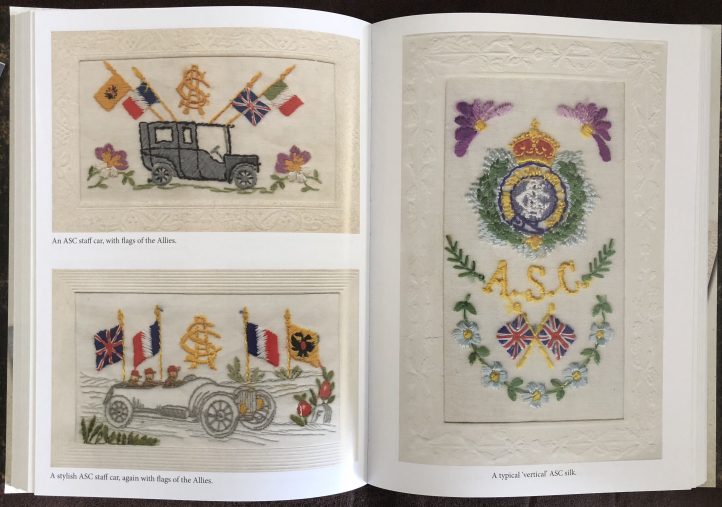 And who better to tell the corps’ story than someone who served in it for over three decades? Not only that, after retiring as Lieutenant Colonel he became the curator of the RASC and RCT Museum and Editor of the corps journal, The Waggoner. That last name harkens back to the earliest days of a uniformed transport corps in the British Army in 1794 and Michael Young does indeed begin his exposition that far back. In a few pages he brings us into the modern era though it is the pre-WW I days of training and then the actual fighting on the Home Front that get the lion’s share of attention. Even foreign theaters of operation are considered, but only briefly. 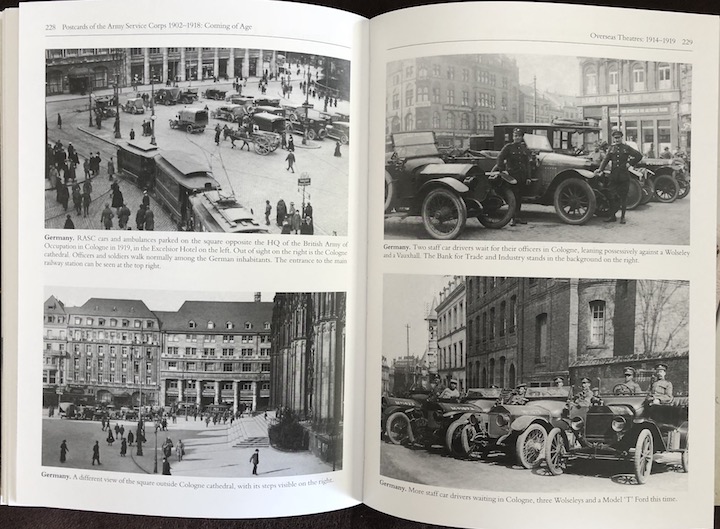 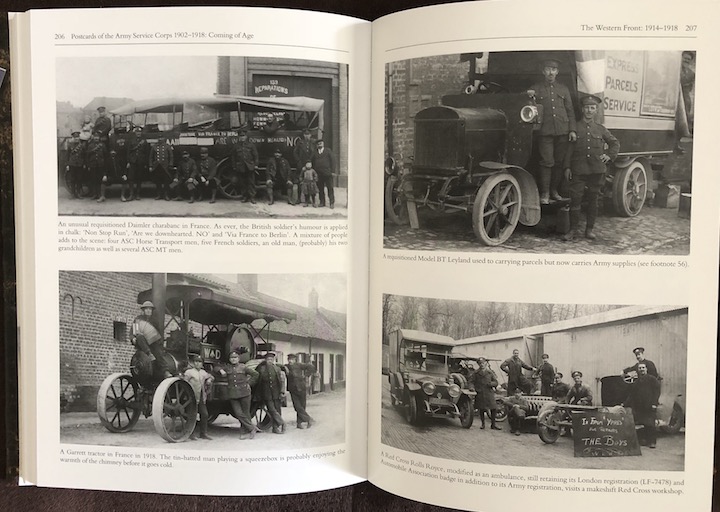 As far as machinery is concerned, it is mostly road and utility vehicles the book shows. From the ubiquitous Rolls-Royces and Lancias and Ford Model Ts to exotica such as tracked earthmovers or captured German trucks and steam-powered apparatus, Young not only shows a wide variety but in his captions (they are the only text in the book other than an introduction) offers detail and background that go far beyond what a photo depicts. Obviously he has the benefit of being able to see the backs of the cards so he is able to relate ranks, names, locations etc. but it is really his museum background and resources  that gives him such a large frame of reference. If his name already sounds familiar it is surely because of his 2000 book Army Service Corps 1902–1918, a thorough 400-page treatment now much sought after (same publisher, ISBN 978-0850527308).

This book of postcards is both an ideal companion to the other one and also, and perhaps more importantly, an ideal introduction to a time of which there are almost no more living witnesses.