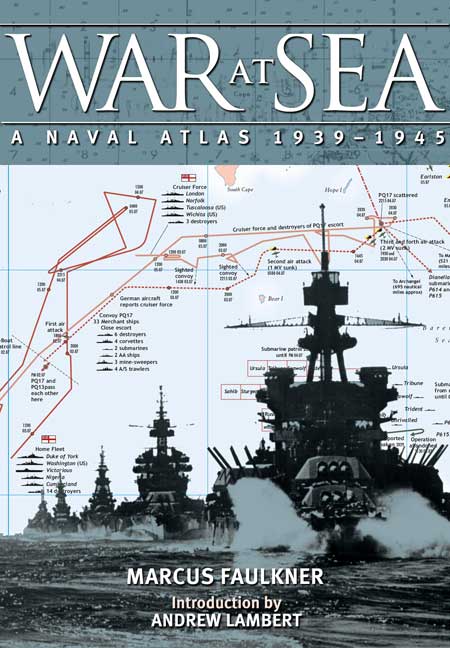 One of the great things about the advent of rapid communications in the early Twentieth Century is that momentous events are typically chronicled very shortly after they’ve taken place. It has quickly become commonplace for an accurate, timely description to get into readers’ hands while the dust still settles, or so it seems. The naval battles of the Second World War have had their share; more than their share some might say, of historians diligently tracking down the pertinent facts and telling their stories in a manner that serves history and timeliness, yet also entertains. Samuel Eliot Morrison’s magnum opus, the 15-volume History of U.S. Naval Operations in World War II is an early and classic example.

One major problem facing historians of naval conflicts on the high seas is the need for a useful reference to geographic locations. As all the world’s oceans look much the same once you’re away from land, this lack of geographic reference points compounds the difficulty in describing the action in a way that makes sense to the landlubber. Typically, naval histories are heavy on text with a relatively small section of photographs and illustrations of the key players, usually official portraits of the ships, aircraft, and the opposing commanders. Charts (charts are used for navigation at sea, maps for navigation on land), when they are present, are typically scaled to fit on a single page or far more often a mere portion of one. Due to the vast distances involved between opposing forces, and absent land masses constituting useful reference points, these small charts must necessarily depict such large areas that only the most basic details can be represented. While the experienced nautical mind can usually adapt to this scale and visualize the spacial relationships of the actions, the “armchair admiral” will lack that clarity. This shortcoming is typical of the genre. 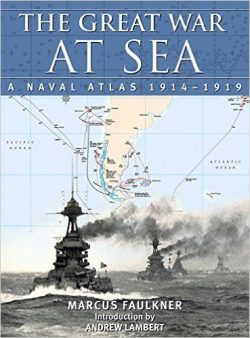 What is needed by the reader who doesn’t just want to gloss over such matters is the naval equivalent to the battle atlases that cover land campaigns. Faulkner’s book (there’s another volume for WWI, The Great War at Sea – A Naval Atlas 1914–1919, ISBN 978-1848321830) fills that gap exactly. As a visiting lecturer at King’s College’s Department of War Studies, Faulkner has hands-on experience with actually using charts so he’d be the first to suffer if his own work in this area were not user-friendly.

Arranged chronologically, each of the seven calendar years involved receives its own chapter, beginning with an overview and Mercator projection indicating the location of that year’s major naval events. Each event then receives at least one full 9 x 12½” page devoted to it. For example, the Midway Operation and the battle itself are covered on two successive spreads. The charts themselves are rendered in basic colors, with the colors associated with individual nations and/or geographic regions being consistent throughout. Tracks of opposing forces are depicted in contrasting colors for clarity. 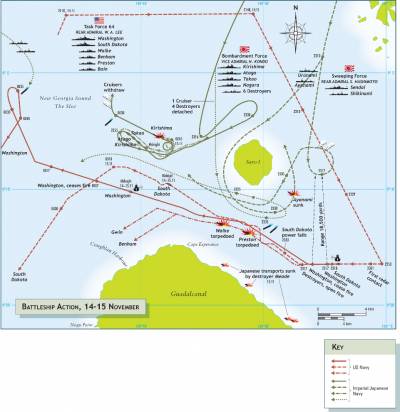 This in itself is a major improvement over those charts that only use b/w lines (dashed, dotted, solid etc.) that make it hard to really follow individual tracks when they lie so close to each other that they practically overlap which happens more often than not in real life.

As a graphic device, charts/maps are the very embodiment of the adage that a picture is worth a thousand words. It should be noted, though, that the type of sea chart used in books such as this is not topographical because depth has no immediate impact on surface action. This aspect does come into play in real life (and not just when submarines are involved!) so the really curious reader will have to do some digging elsewhere.

Everything you may have picked up from reading texts about naval engagements will come into sharper focus—if not an entirely new understanding—thanks to Faulkner’s book/s.