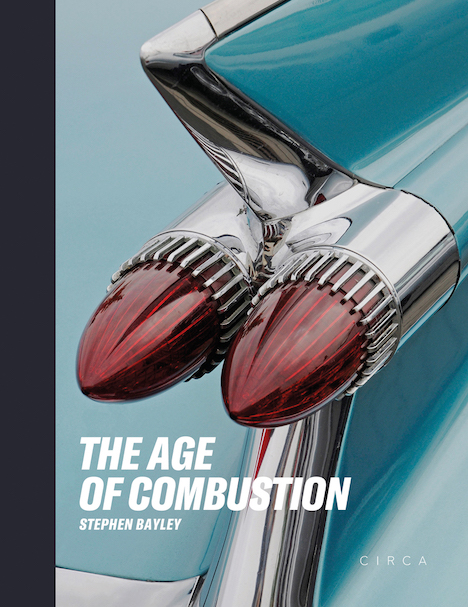 “Although I was brought up with automobile culture, it was a happy accident that I began to write about cars. I’d really been destined for less serious things.”

Rudyard Kipling’s famous poem “The English Flag” asks “What do they know of England, who only England know?” Substitute automobiles for England and the same question might be asked of many car journalists. Give the typical hack a new Toyota or Ferrari to review, and he or she will apply the familiar metrics of their trade, as if a litany of numbers were enough. After all, there are so many to chew on, enough to satisfy nearly every appetite surely? There’s bhp, lb/ft, kW, mph, mpg, CdA, kilos, hundredweight, tons, gear ratios, tire and wheel size,  0–60 mph, and there’s the Nordschleife lap time, as inevitable as it is irrelevant. But how many journalists can reflect on a car’s subtext, its subliminal messages of potency or virtue, and on the artistic and political influences that shaped it every bit as much as wind tunnel or regulation? Stephen Bayley, by his own admission, is not a keen driver, but he has such an ability, and in spades. Since the passing of LJK Setright, Hunter S. Thompson and Tom Wolfe, arguably Russell Bulgin too, he is now in a class of one. Perhaps if Jonathan Meades ventured more into automobilia, there might be a pair, although Google would get even more of a hammering, if my own experience of Meades’ exuberant vocabulary is typical . . . 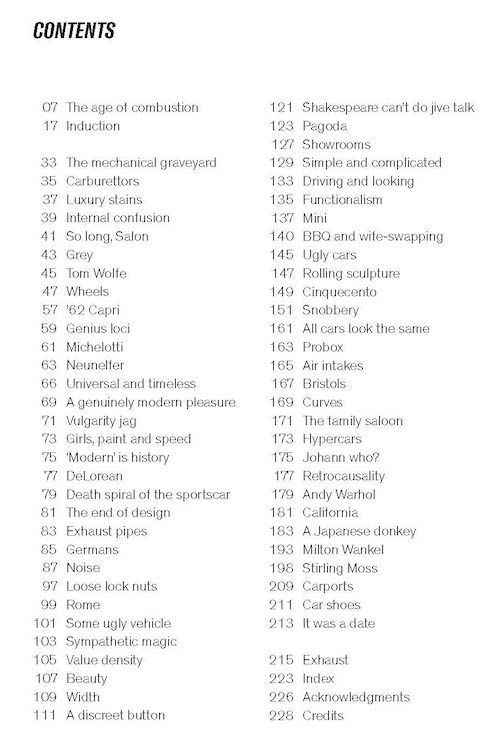 This compact book is an anthology of the opinion pieces Bayley has written for Octane magazine, which means I have already read them all at least once. I managed to avoid succumbing to the temptation of a gourmand binge, and instead I savored them in installments, enjoying every nuance and wry aside. And I could end this review right here and simply say Buy This Book, because you won’t find a more enjoyable or better written book on automobile culture.

This is not an expensive book, but it feels like one, with a pleasing heft and a classy appearance. I expected nothing less, as Bayley’s Death Drive: There Are No Accidents (2016), also published by Circa Press, punched a long way above its modest weight and price. The Age of Combustion features sixty short articles, rarely longer than two pages, but their brevity isn’t indicative of their quality. It is the literary equivalent of Colin Chapman’s “added lightness” credo but—oh my—here is prose which is deft, informative, funny and delightful, making rival efforts feel clumsy and leaden. Like Setright, Bayley’s erudition may bemuse some readers as much as it pleases others, and I fall firmly into the latter camp although I’ll own up to looking up some of Bayley’s (many) more arcane references. The Introduction gives a flavor of what is to come, with references made to Georges Roesch, Tom Wolfe, Constantin Brancusi, Nikolaus Pevsner, Marcel Proust, and Max Friz. Oh, and a Beatle too—“Soon we’ll be away from here, step on the gas and wipe that tear away. Paul McCartney never wrote anything more moving.” I’d argue that he wrote many better songs than You Never Give Me Your Money, but enjoyment of a book should never be conditional on consensus with its author.

There is an elegiac tone to the book, and while the author is not in denial of the need to move to cleaner, more sustainable personal transport, there is never any doubt that he is smitten with the internal combustion engine: “This bizarre mechanical circus, this theatre of physics, this catalogue of heat, noise, speed and waste . . .” 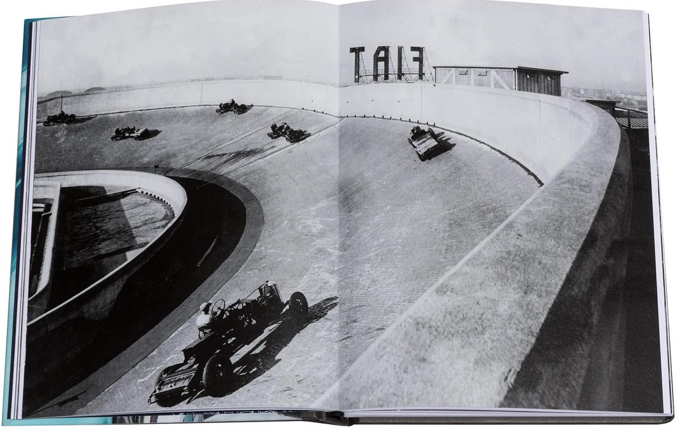 Ever the iconoclast, one of Bayley’s apercus, to which he refers in several chapters, is that the widespread conviction that “Form Follows Function” is a nonsense. “The hell with it! Form follows fiction.” Because, as he points out, how else could a Nissan Juke and a Maserati Quattroporte ever co- exist? There’s no automotive brand which takes itself more seriously than Rolls-Royce but its recent excesses (Cullinan Black Badge, anyone?) are elegantly speared: “(Rolls-Royce) currently on a vulgarity jag that would shame Heliogabulus . . .” Who he?, you might wonder, as I did. Wikipedia tells me he was the Roman Emperor who had a taste for “the grossest pleasures” and led “an unspeakably disgusting life.” What would Henry Royce have made of that? And there’s more, much more—in common with many commentators, Bayley argues the Alfa Romeo Tipo 33 Stradale is the most beautiful car ever made, but he qualifies his judgment by the killer rhetorical question “How can the beautiful be so shockingly disconnected from the useful?” Bayley doesn’t lack chutzpah either—I can’t have been alone in speculating what Toyota thinks about its Hilux truck having become the transport of choice for ISIS and Somali pirates, but Bayley actually asks “is it to any extent damaging your brand values?” Ouch . . .

The chapters cover a gallimaufry of subject matter, from “Girls, Paint and Speed” via “Andy Warhol” to “Neunelfer,” and in respect of the latter, I doubt if a smarter, more incisive commentary on the Porsche 911 has ever been written. 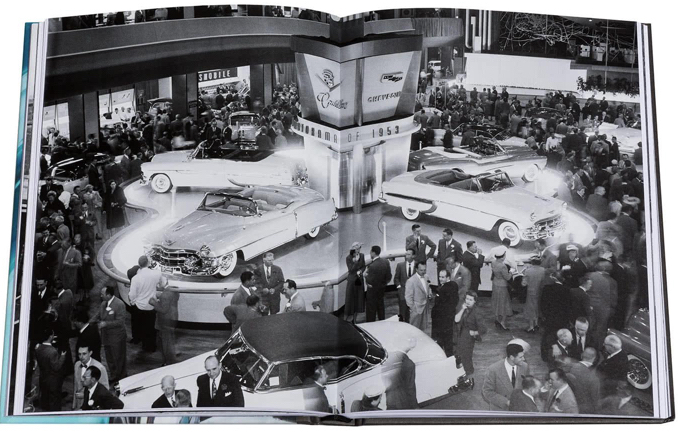 One buys this book for its words, not its pictures, but as you might expect from the founding director of London’s Design Museum, the illustrations are shrewdly chosen. They are all in black and white (and better for being so) and their subjects range from Buckminster Fuller’s doomed Dymaxion to a moody looking Rod Stewart posing with his Lamborghini Miura and Rolls-Royce Phantom V on a suburban driveway. The reader almost hears the distant echo of Stewart’s 1971 album Every Picture Tells A Story.

Frank Zappa notoriously argued that “Most rock journalism is people who can’t write, interviewing people who can’t talk for people who can’t read,” and you don’t have to be a cynic to repurpose that quote to describe a lot of automotive journalism. But not this book, because it is an absolute gem, and look, there’s a gap in your library just waiting to be filled by it. I suggest Bayley’s book be flanked by Leonard Setright’s Drive On and Tom Wolfe’s The Kandy-Colored Tangerine-Flake Streamline Baby. Trust me, it is that good.