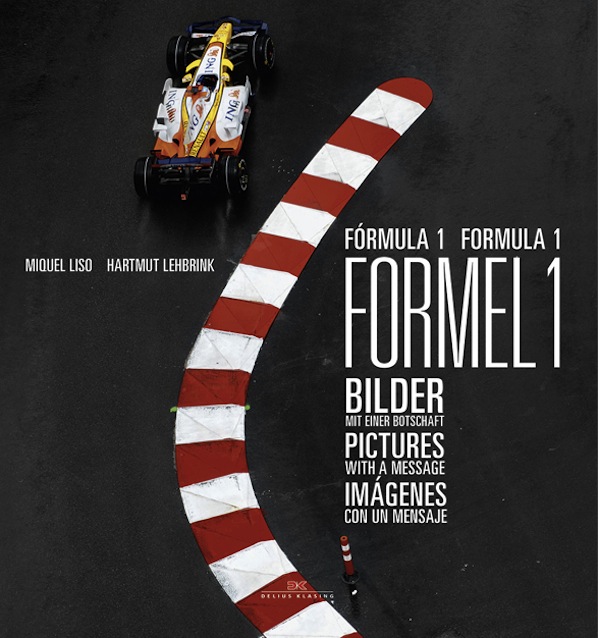 “Strictly speaking, the job of a racing photographer is a paradoxical one. He singles out a fraction of a second of a process performed at dizzying speed on a tiny piece of tarmac.”

(German, English, Spanish) This book consists largely of photos—and you’d be hard-pressed to find more than a few that even sorta/kinda look like anything you’ve seen before. Obviously Lehbrink, who has over 20 racing titles of his own under his belt and probably knows the existing literature inside out, recognized that too when he came across Liso’s work at a 2012 show in Barcelona and was so taken with it that the idea for this book came about.

Liso (b. 1969) is the first to lament that boredom and uniformity prevail in his profession and set out to show that this does not have to be all there is. He also knows that there is no virtue in novelty for novelty’s sake—artsy camera angles, unorthodox exposures/film speeds, post-shoot computer manipulation etc.—and so he seeks and/or creates opportunities to compose photos that go beyond the mere journalistic “documentation” of a moment in time. Lehbrink, who penned what little text there is in the book also wrote an appreciation of Liso’s approach in which he observers: “His photos are refreshingly different. They tell mysterious stories, set the viewer thinking and readjust proportions that have been thrown off balance. Occasionally, a glimpse of social criticism shines through, inflicting a scratch on the gleaming paintwork of the showcase project aptly called Formula 1.” Hence the subtitle: Pictures With a Message (Bilder mit einer Botschaft / Imágenes con un mensaje). This is not just idle talk: race driver Niko Rosberg says in his short Foreword that he himself finds the photos move him to ponder the deeper meaning of what for him would otherwise be just another day at the office. 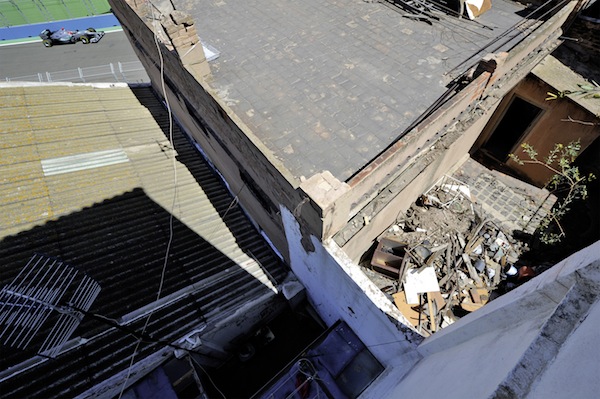 Studying Liso’s photos, and mindful of the enormous challenges inherent in photographing a fundamentally unpredictable, unmanageable, and [mostly] unstaged environment one wonders just how Liso is able to either pre-plan such context-rich, “message”-rich moments or, alternatively, have the uncanny ability to [a] recognize the emergence of such a moment and then [b] have the mental and motor skills to immediately seize the opportunity and convert it to a properly fleshed-out and technically and esthetically fully realized image. A photo of a shattered champagne bottle is, superficially, a photogenic enough “snap” but the fact that one shard is emblazoned with a laurel wreath encircling the number “1” immediately elevates a random (?) image with a storytelling potential that goes beyond the obvious. That the photo is sharp and the textures (glass, asphalt) rendered correctly only goes to show that Liso’s abilities are out of the ordinary. An extreme close-up of just one of Bernie Ecclestone’s eyes—to look for the soul of the man—is clever beyond words, whether Liso took the photo specifically with that idea in mind or it occurred to him later during editing. 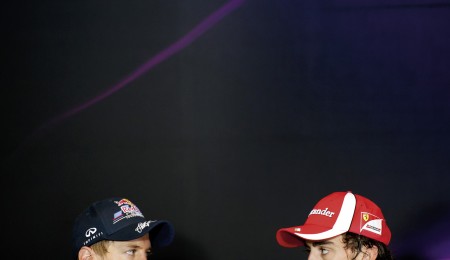 To capture rivals Vettel and Alonso in a staring contest and then crop the image area so that nothing below their eyeballs is visible while their heads are dwarfed by ominous blackness is thought-provoking on a visceral level.

The photo captions are sparse, and Lehbrink’s text does not specifically talk about the photos but general themes so the book requires of the reader to have an overall awareness of people, places, and dynamics. This is, in a good sense, an “insider’s” book. It shows scenes from the 2005–2013 seasons and is divided into nine topics, from racing action to grid girls. 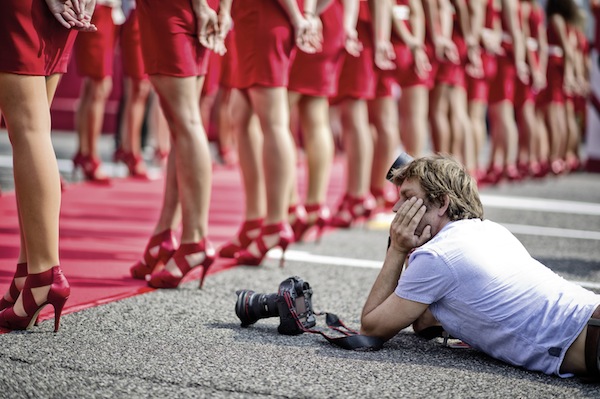 A photo-intensive book with minimal text gives a book designer only a limited arena in which to shine. This book does and features graphics and typography that complement the subject matter—a quality it shares with quite a lot of this publisher’s output. Excellent paper, printing and binding, and even a rounded spine that allows the book to open fully flat so as to savor the many large photos crossing the gutter.

Lancaster: Reaping the Whirlwind »
« Ask the Man Who Owns One: An Illustrated History of Packard Advertising