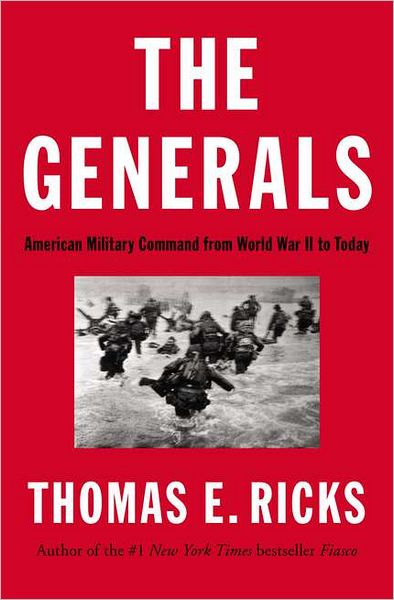 When General Stanley McChrystal was relieved from command of International Security Assistance Force in Afghanistan in 2010, following remarks attributed to his staff in a Rolling Stone article, there was no small amount of surprise and even shock that a general officer could be relieved. Indeed, prior to McChrystal (who on 1/7/13 released his own memoir My Share of the Task), the number of general officers in the Army relieved in the previous few decades would scarcely be enough to be counted on the fingers of one hand. This, as Tom Ricks points out, was in sharp contrast to World War II where the relief of general officers was almost routine.

The chasm that exists between a general officer and even a colonel is difficult for most to even begin to grasp. Becoming a general officer in the United States Army is no easy task, but once selected and promoted, you are very much a “made man.” One wears the stars of a general literally forever. You are among the elite, you are different.

Author Ricks is a fellow at the Center for a New American Security, a contributing editor to Foreign Policy magazine, and covered the U.S. military for decades for first The Wall Street Journal and then The Washington Post. His 2006 bestseller Fiasco was a finalist for the Pulitzer Prize.

The late Dave Hackworth used to refer to the majority of the Army’s general officers as “perfumed princes.” Given the often lavish lifestyles of more than a few general officers, one can easily see his point. Recent controversies concerning Army generals behaving badly have made the appearance of Ricks’ book all the more timely.

As Chief of Staff of the Army, George Marshall rarely hesitated to relieve a general officer when he felt that either the conditions or the situation warranted such action. That said, Marshall was also inclined to give many of those general officers a second chance. In more than a few cases, the relief of a general officer was not the career-killer that such action might seem. Indeed, many went on to command once again and have highly successful careers. Not all, of course, but more than one might otherwise assume.

Part of this was that Marshall—and Eisenhower—understood that an essential part of leadership was knowing when to make changes in command and best utilize the talents of those available in other ways, often giving them opportunities to once again assume commands or positions of great authority and responsibility. One need only consider the case of George Patton for an example of Marshall’s—and, once more, Eisenhower’s as well—thinking of keeping a general on hand for a mission that he was perfectly suited for—in this case, the conduct of the pursuit of the enemy, a role at which Patton excelled.

After World War II, however, something changed. While company, battalion, and even regimental commanders might be relieved during the Korean War, the relief of general officers was a rarity. Ricks uses the performance of MG “Ned” Almond, commander X Corps, and MajGen O.P. Smith, USMC, commander 1st Marine Division, to contrast the difference in not only the leadership of the two general officers, but with the notion of not relieving general officers. The performance of Almond during the Chosin Reservoir was, to be charitable, less than stellar and certainly in marked contrast with Smith, whose Marines’ performance was in sharp contrast with those of the Army units during the battle.

By Viet-Nam, Ricks makes it clear that there had been a sea change in how general officers were managed and treated. Again, while those in command at the company, battalion or even brigade level might be relieved, it was rare that a general officer’s performance—or lack thereof—would warrant admonishment, much less relief. The careerism that was in place by Viet-Nam, that Ricks suggests already existed by the Fifties, scarcely missed a beat up until the present day. The case that Ricks presents regarding Gen. Tommy Franks during the invasion of Iraq makes for both interesting reading as well as a testament to the issue of careerism of the Army’s general officers.

This is a very interesting and timely book!

Posted Under: Biography/ Autobiography, Other Genres | Author: Donald Capps | No comments yet