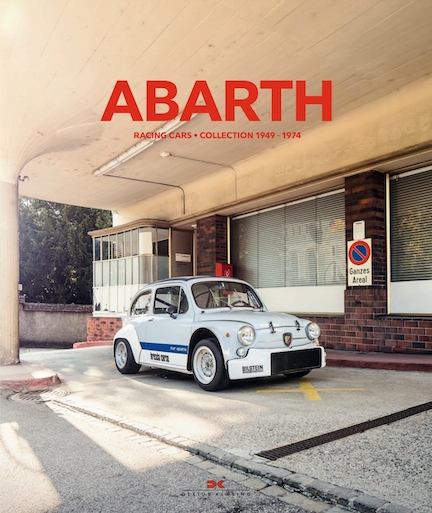 “‘My name can only be forgotten through ignorance.’ This is how Carlo Abarth judged his life’s work. True, there are more famous names in motorsports. But considering that he had only about 15 years at his disposal for the full bandwidth of the automobiles he built, from the first race-ready Fiat modifications to his own distinct sports cars and prototypes, and also considering the fact that there was neither an existing family tradition nor a successor to take over, and that the brand was not resolutely retained following Fiat’s acquisition of it in 1971, then it is indeed Abarth’s unique greatness and not just his astrological sign that shines in the skies.”

(German, Italian, English) German publisher Delius Klasing makes very pretty books—but sometimes you have to wonder if they have a special department for thinking up new ways to make things obscure. Who, for instance, wrote this book? The Impressum page lists “Franz Steinbacher, JB”. Let’s be optimistic and say you are so totally plugged into the European classic car scene that you actually know who Franz Rudolf Steinbacher of Austria is. It isn’t until page 79 that he is further identified as co-author. So who is JB and what is his role? Only the 1-page Preface, which does manifest a good grasp of the Abarth story (the intro quote above is from it), is specifically attributed to him. And why does nothing in the book title give a clue that this book is not a history of Karl/Carlo “King of Small Cars” Abarth but a survey of 48 mostly sporting Abarths in the collection of Swiss businessman and erstwhile amateur racer Engelbert Möll?

The literature on Abarth company and personal history is not exactly plentiful. For the former Luciano Greggio’s 2002 book Abarth: The Man, The Machines remains the stand-out and for the latter a biography published the same year as this book is a useful resource, Carlo Abarth: Mein Leben mit dem genialen Autokonstrukteur (Herbig Verlag, ISBN 978-3776628517, only in German) by Carlo’s wife Anneliese who nowadays is president of the Carlo Abarth Foundation and quite active in the classic car scene. 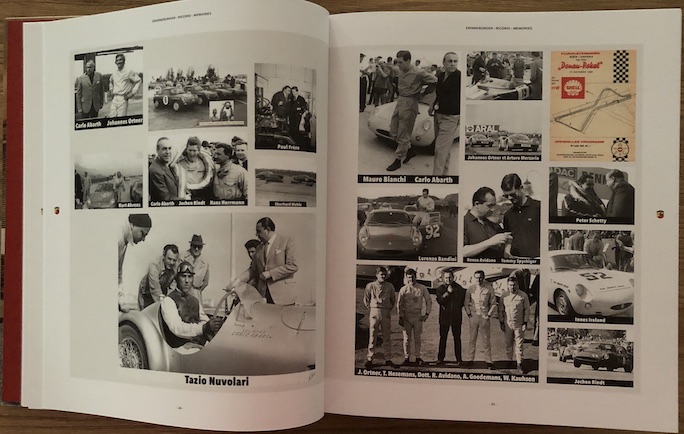 At 420 pages the Steinbacher books seems expansive but being trilingual, and containing some 300 mostly very large (but !@#$% mostly uncaptioned) photos means there’s not that much text. Following a 1-page biographical snapshot of Carlo, personal recollections, mostly a page each, by people associated with Abarth—and there are some big names here: Forghieri, Derek Bell, Hans Herrmann, Schetty; also Möll himself, and Anneliese—take up 50-odd pages before the focus shifts to the cars in the collection Möll built over four decades. So important and pedigreed are they that 22 of them were on display at the 2018 Rétromobile show.

They are shown here in no strict order of year or co-maker (Fiat Abarth or Abarth Simca) or type of racing class/series. Each begins with a panel of specs and then discusses the specific car, in the context of overall Abarth history. The main draw here are the photos, several pages for each car, and here too you’ll find big names: Dargegen, Zumbrunn, Bogner, Orel, Singhoff and others. 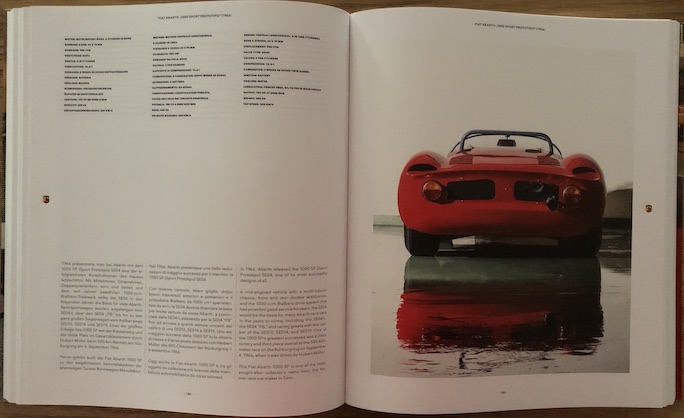 Steinbacher (b. 1944) does bring unique Abarth and also Möll connections to the table: he comes from a multi-generation family of car dealers, including an Abarth/Cisitalia agency in the 1950s to which he later added a Pirelli franchise and later still an auction company and then the international classic car consultancy his name is most associated with nowadays. (He is also active in vintage racing, under the name Scuderia Velsecco, a nod to another long-time family business over which he presides, making sparkling wine.) He was around 10 when his family started the Abarth dealership, in Carlo’s old hometown of Vienna, so he not only personally knew the man but, later, found himself being offered an internship at Abarth. This turned into a 5-year stint/apprenticeship as a race mechanic, including the year 1963 in which Möll, a freshly minted works driver (never mind that he had to actually buy the car first), suffered his career-ending accident in only his second race. 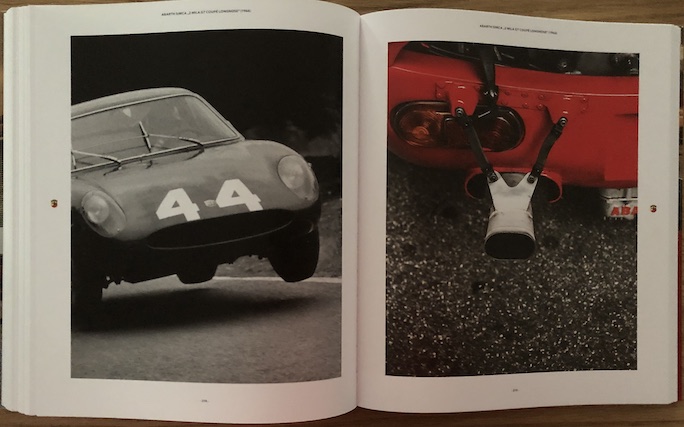 The quote in the quote above is from a message Carlo (1908–79) left for his wife, and it is preceded by the words “I am proud to have created this name.” Despite the long, long list of race wins, the quality parts and the peer respect, for many years that name was something only aftermarket/tuner folk cared about. Only in recent years, especially after the nameplate came back in 2007, have Abarth cars become almost cult objects and so a book such as this does shed light on the reasons why. 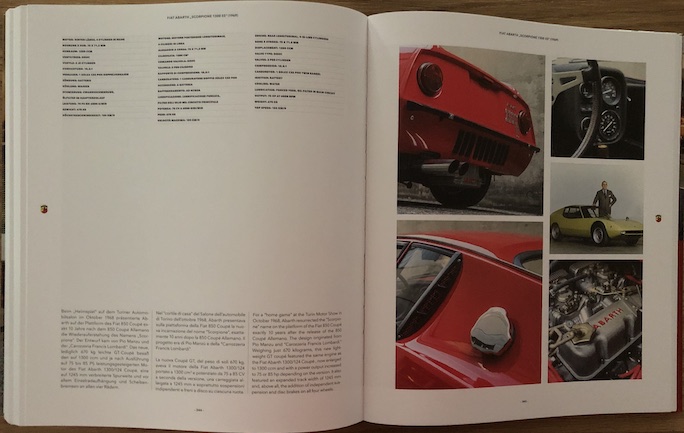 As the photos we use here should demonstrate, the book is visually quite the feast. As most Delius Klasing automotive books it is beautifully presented on good paper, with smart design and properly reproduced photos—with the exception of one, unfortunately right on the first full spread. Considering the size of the book, it is also inexplicably cheap (in fact it is cheaper in the US than in its home market)!