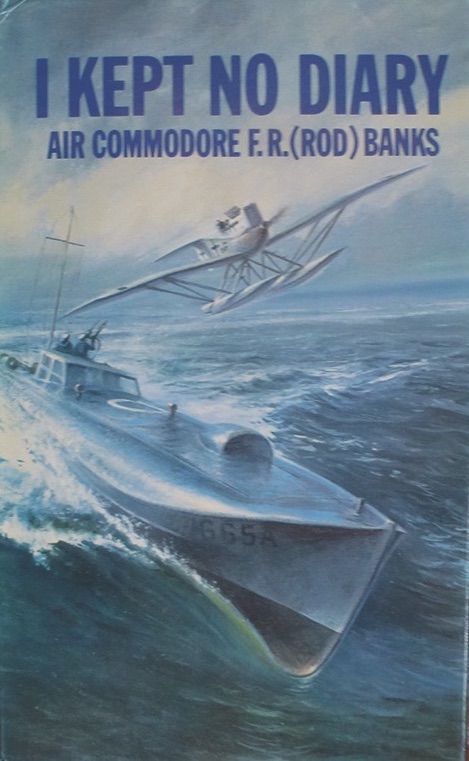 Rodwell Banks was born in 1898 (d. 1985); learned to drive at the age of 8; picked up the skills required to tune friends’ motorcycles soon after that; and left Grammar School at 14 for an apprenticeship at a small machine shop in London owned by his father. Another family member owned a refrigeration company, and Banks continued his apprenticeship there, also learning engine design from the chief designer of Brooke racing motorboats. This led to the contrasts of a voyage across the Atlantic as engine room greaser, and a mechanic billeted at the Hotel Bristol at the last International Motorboat Meeting at Monte Carlo before World War I changed the world.

At the outbreak of war in August 1914 Banks attempted to join the Royal Flying Corps and the Royal Naval Air Service, but at only 16 he was turned down. He was successful in joining the Royal Navy at the port of Lowestoft by declaring himself to be 18, and a new rating of Motorboatman, equivalent to Petty Officer, was established. After a spell aboard the Brooke class fast launches came the more arduous role of minesweeping and mine defusing, then to “Q Boats,” decoys to hopefully nullify the German submarine presence. By early 1916 he was commissioned as a Sub-Lieutenant in the Royal Naval Volunteer Reserve and dispatched to guard duties from an armed small boat on the Suez Canal, with side activities including intercepting gun-runners and observer aboard Short seaplanes. He was still just 17 years old.

A command of a 75-foot wooden gasoline-powered motor launch followed. These were capable of 19 knots, but were hazardous vessels; the 2,000 gallon fuel tanks leaked with flexing of the hull, so there was a constant aura of gasoline fumes, with the threat of fire. Coastal motor boats, 45 or 55 feet long, of diagonal double-skinned mahogany, were powered by 6-cylinder FIAT aeroplane or Thornycroft V12 engines, and were capable of 37 knots, and Banks’ command required skills even including instruction to the conscripted chef. In the autumn of 1918, Turkey was rumored to be close to giving up active wartime activities, and Banks was appointed captain of one of twelve CMBs, and engineering officer of the flotilla, to break through the Dardanelles; that led directly to action with a Royal Navy contingent against the Bolshevik forces.

An amazing career, and his expertise as a fuel expert led to a close association with Rolls-Royce, and the Schneider Trophy, after which he worked for the companies that introduced tetra-ethyl lead (“a clean bill of health”) into aviation and automotive fuels. Along came the war in the autumn of 1939, and this led to his joining the Royal Air Force, and vital work in coordinating production of airframes and engines under Lord Beaverbrook, the Canadian press baron who had been appointed Minister of Aircraft Production. Banks lived to be able to make trenchant comments about the failure of the Rolls-Royce company as they developed the RB211 engine, Concorde, and much else.