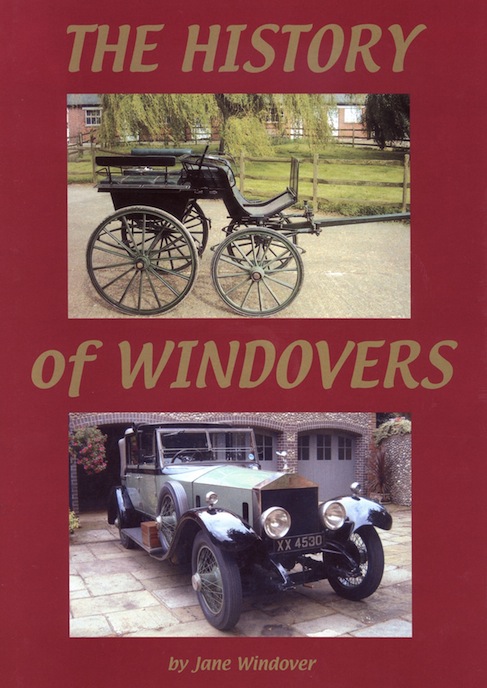 The grandest British carriage and coachbuilders called themselves “houses,” and Windovers, though not one of the truly early makers, certainly counts as a grand house‚ with two showrooms in London and branches in Paris, Bombay, and Sydney (Australia) and works in Manchester, Huntingdon and north London. By the late 19th century they held many royal warrants and were responsible for maintaining some royal carriages until the late 1950s.

Mrs. Hutchinson (née Windover 1935) has done an enviable job in tracing her family’s connection to saddlery from the 1600s and the later move into carriages from the late 1700s. There was a brief division in the early 20th century when W.C. Windover split from the main C.S. Windover and set up with a Mr. Turrill in Long Acre (the old center of London coachbuilding) and South Audley Street. The latter became Barker’s showrooms when the Windovers again reunited.

Coverage of the motorcar period is rather more patchy. A selection of mainly modern photographs and some short lists give an indication of Windovers’ range but this is not a closely researched study of their design and designers or technical advances. This is a pity because Windovers’ designs, though mainly conservative, could also be adventurous and up to the minute. The author does, however, cover Windovers’ successful move into commercial vehicle, bus and coach bodymaking after 1945.

This limited-edition book blends family history and genealogy with the crafts and companies that brought fame and some fortune. It will seem expensive for its size, inevitable for a self-published work on a specialized topic, but it is in color throughout, with fascinating period memorabilia included. Cars are not always identified, and typos can be confusing as well as some text being repeated in several places. Nevertheless, anyone with an interest in coachwork history or, better yet, with a Windovers car will want this book.