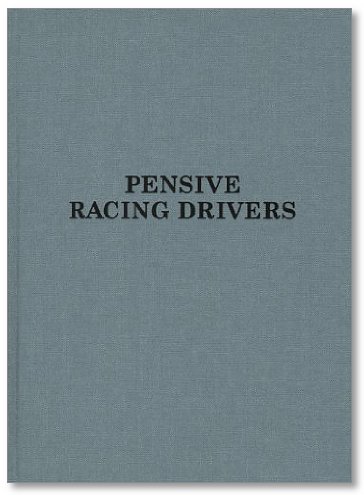 How to review a book that contains no words, is small, short, and not cheap? Call it a book for connoisseurs then. And bibliophiles. And people for whom motorsport is more than dry stats.

The title, not to mention the austere cover, already hints at a book that won’t be one-dimensional. It is probably inspired by one of the few photos that is reproduced here with its original newspaper caption: “Pensive: Jochen Maas.” There certainly is a lot of biting of nails, pulling on chins, kneading of temples, staring into space and all the other signs of body language that signal a state of rumination. Most of the photos are close-ups and even in the ones that aren’t there is a 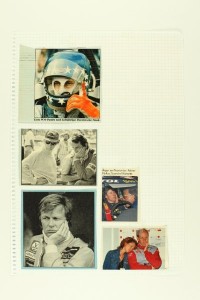 certain quietude, the very lack of action from which the life of the racing driver is inseparable.

Küng is a Swiss journalist—who finds words, sometimes, disquieting. There are too many, he once said. And so this book contains none. Born in 1969 and later to train as a banker he described his childhood self as “a fat, unathletic boy with glasses, I didn’t have any friends—not counting the pile of automobile magazines.” Knowing everything about cars saved him from the village bullies, and he never forgot that. He also never forgot the day Colin Chapman died. He remembers it as the first day he cried in his life. What all of this means is that he early on formed the opinion that life can be hard, that setbacks and disappointments and pain and weakness probably outnumber the days of champagne and laurel wreaths. 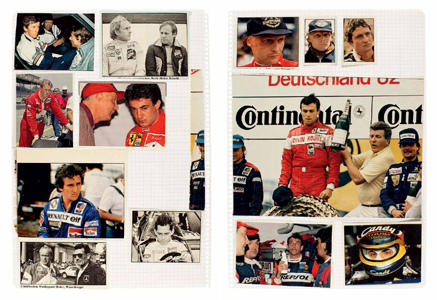 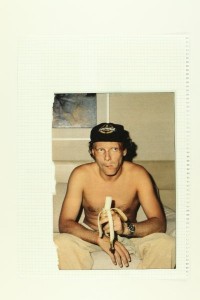 Being an avid follower of racing, young Küng kept a scrapbook of newspaper clippings, which at last brings us to this book. Reviewing his scrapbooks some time ago it struck him that mishaps, even death were reported differently in his younger days. He speculates that moments of weakness are today allowed to only occur behind closed doors so as not to deflate the superhero image the PR machinery perpetuates. 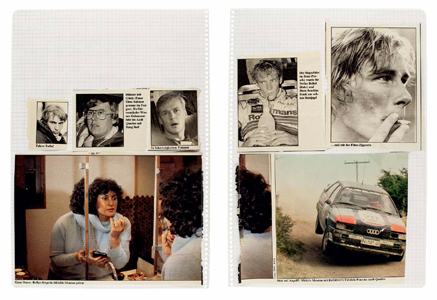 This book, then, is a reminder of a time of less artifice and more honesty. Do realize that even the reader will have “pensive” moments—when 30-year-old faces don’t ring a bell! None of the photos is captioned, only some reproduce the original newspaper caption and everything is in German anyway. Even if you do recognize a face, you’d have to have an uncanny memory to recognize the location, date, or specific circumstance of any one photo. Maybe the publisher should post a webpage that lists all the particulars! (The book has no folios so that could be tricky.) 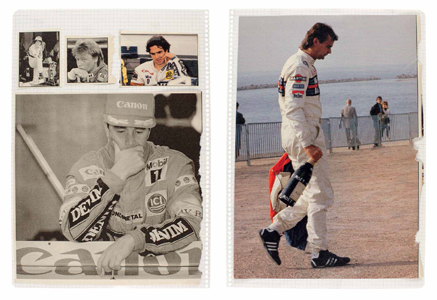 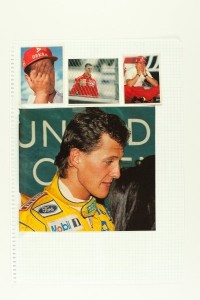 All the photos are printed on a facsimile of gridded “notebook” paper; the book is 6¾ x 8½”. So, what sort of publisher would take on such an unusual project? The Swiss house Edition Patrick Frey has produced about 20, mostly art-themed books a year since they started in 1986 (this is no. 137) and they like to feature the work of new artists, both Swiss and international (they’re always looking for new projects so send them a proposal). 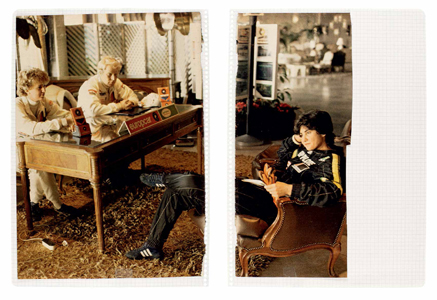 The Avro Manchester: The Legend Behind the Lancaster »
« Steve Magnante’s 1001 Corvette Facts