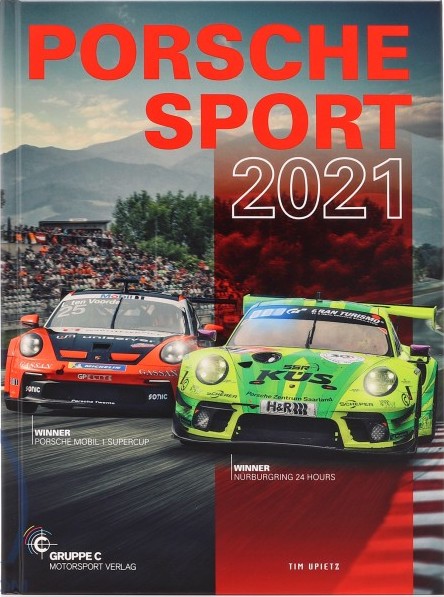 (German / English) Ok, so you say you’ve heard of the Asian Le Mans Series. What about S-Tai? You’d have to be quite the GT Racing geek—or live in Asia, specifically Japan—to know such a thing as Super Taikyu even exists. It’s been around since 1991, just a few years less than this Porsche yearbook.

So why are we reviewing this particular one, the 29th edition? Well, it had to happen sometime—besides, in 2021 Porsche pulled a neat, first-ever hat trick at the Nürburgring, winning overall, class, and the manufacturers’ title at the NLS,  the Nürburgring Endurance Series which is the largest grassroots series in the world.

You’d have to live under a rock not to know that the multitude of Porsches you espy around town have legitimate sporting heritage. Unless you are involved on that scene you may not realize just how wide-spread and active it is. A good way to get a sense for that is to start with the book’s final chapter that offers a little bit of background on various countries, clubs, and racing series. 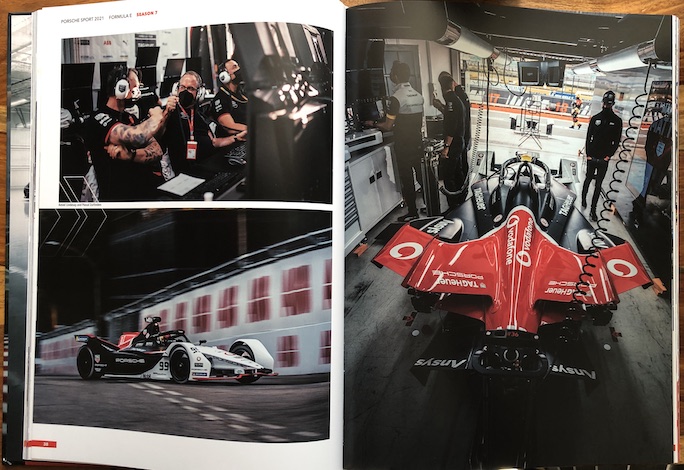 If all that the name “Porsche” brings to mind is “911” be prepared to be surprised. 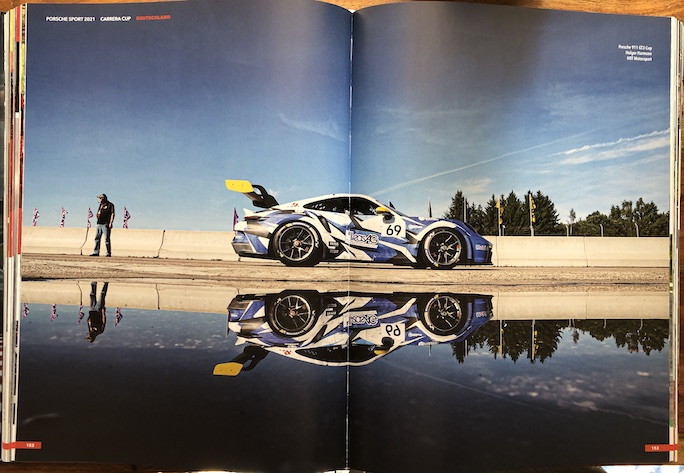 Ok, so some of the photos are just snaps of thumbs-up/champagne hoisting/trophy waving but some are . . . art.

This being a yearbook means it is a record of the crucial events, milestones, and, most importantly, the people. Obviously, as is its nature, it will mean the most to those who were/are involved—and who will recognize themselves and their BFFs in the piles of uncaptioned photos—or those who are possessed of boundless curiosity. 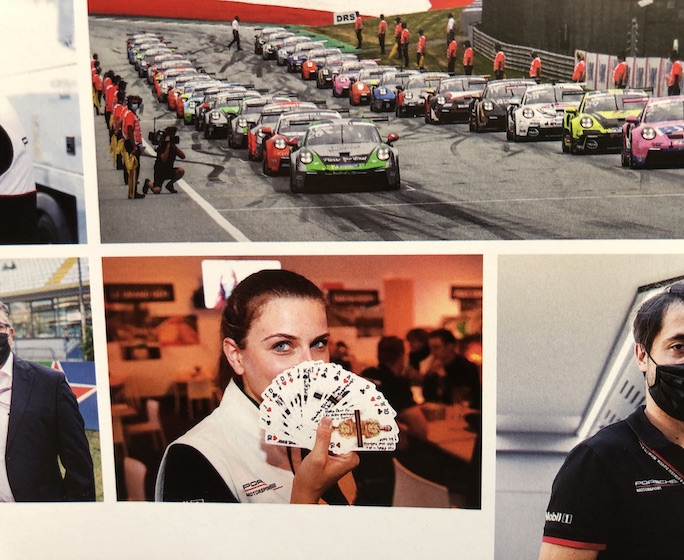 You’d have to have either foreknowledge or extreme curiosity—not to mention a magnifying glass—to notice that the playing cards have handwritten felicitations on them. 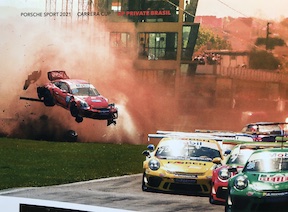 By way of introduction the book begins with six reports on matters of overarching interest such as the launch of new race cars, new assignments for key Porsche people (to wit, Porsche Motorsport North America has a new chief as of January 2022) and, in this edition, the 25th anniversary of the important German team Manthey Racing (which, incidentally, Porsche recognized with the release of a limited edition 911 GT2 RS Clubsport at a cool €525,000). Speaking of money, the reason this massive book rings up at a paltry €55 is because it contains about a dozen full-page randomly inserted third-party ads. 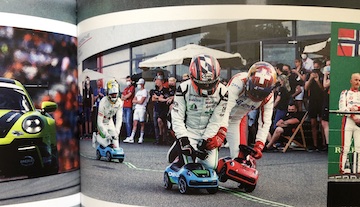 Hey, one driver grabbing the other guy’s steering wheel?? Good thing these are “toy” cars!

This book covers Formula E, GT, Mobil 1 Supercup, Carrera Cup, Sprint Challenge, and Endurance Racing. For each series (on five continents) all events of the year are listed by date and location, and then described in the form of a brief synopsis. Quite remarkable is that for each there is a results table (driver/team/manufacturers standings; example below). More remarkable is that the data wrangler is none other than János Wimpffen! Which really deserves a second exclamation point: “!” 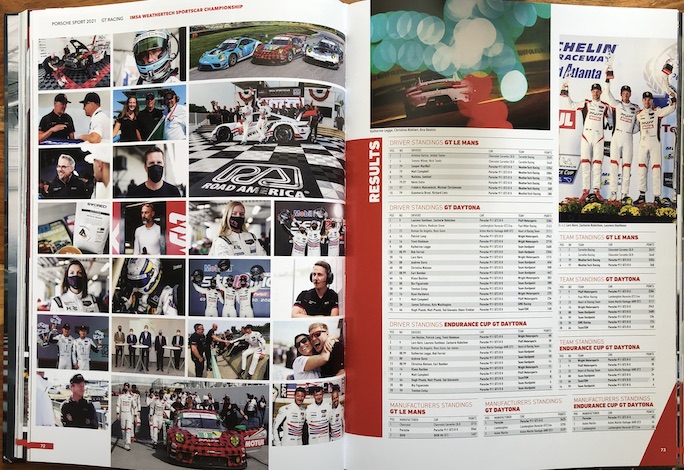 Also remarkable is that the publisher has presently 23 previous issues still in print, all the way back to 1998 (it started in 1993). And the early ones are under €20. The yearbook has gotten bigger most every year, by now having almost doubled in size from the early ones. The 2021 and 2020 editions came to 350–400 pages and 1000 photos, excellently reproduced on good paper and sturdily bound. If you need way, way more race detail the publisher probably has you covered with other offerings, cf. a 224-page honker about just the 2021 ADAC GT Masters. 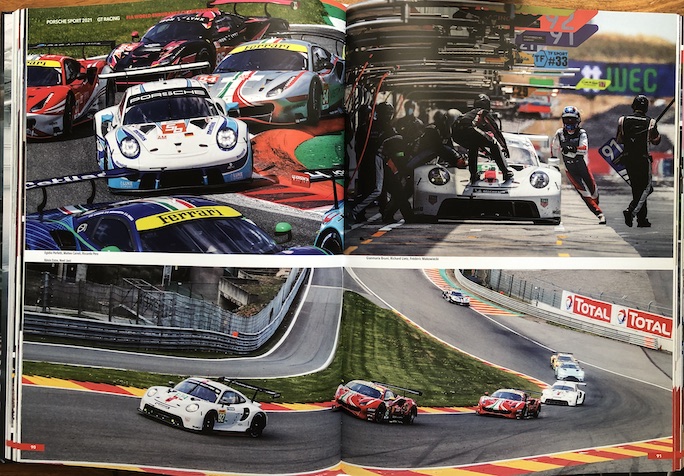