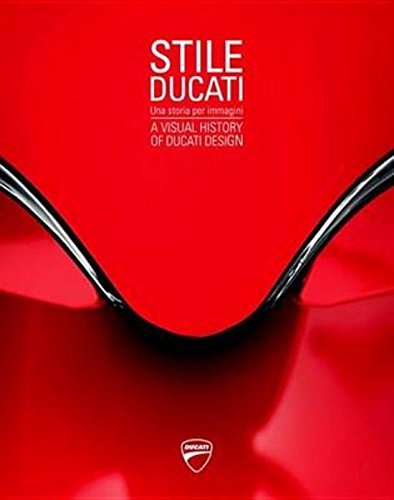 (Italian, English) On the 4th of July, Americans celebrate Independence Day—and Ducatisti celebrate the founding of Società Scientifica Radio Brevetti Ducati in 1926. As the name implies, the Italian firm produced radio components—vacuum tubes and condensers etc.—and it wasn’t until 1946 that the first Ducati motorcycle came out. Built in collaboration with SIATA, which already had put out more than 200,000 of its little pushrod engines for bicycles, the 48 cc Ducati Cucciolo was more bark (hence it’s name, puppy) than bite but the firm always managed to grow with its customers and often enough lead the competition. 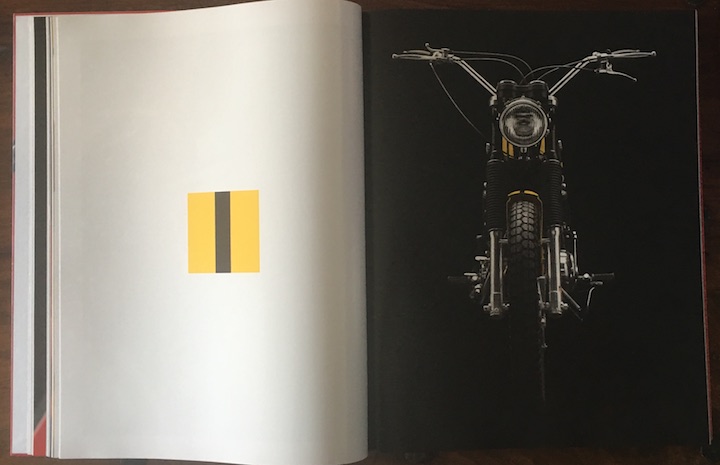 Ninety years later there’s much to celebrate, not least that the company once owned by rival Cagiva, then Texas Pacific Group and its successor, and nowadays Audi (through its Italian subsidiary Lamborghini which itself is part of Volkswagen Group), still exists and prospers.

The publisher, Skira Editore, is, incidentally, also Italian and only two years younger (1928, Milan) and has for many years partnered with various renowned “Made in Italy” brands to produce high-end, design and photo-intensive, large-format commemorative coffee table books like this. This one clocks in at a stately 12 x 15″, so clear the decks. 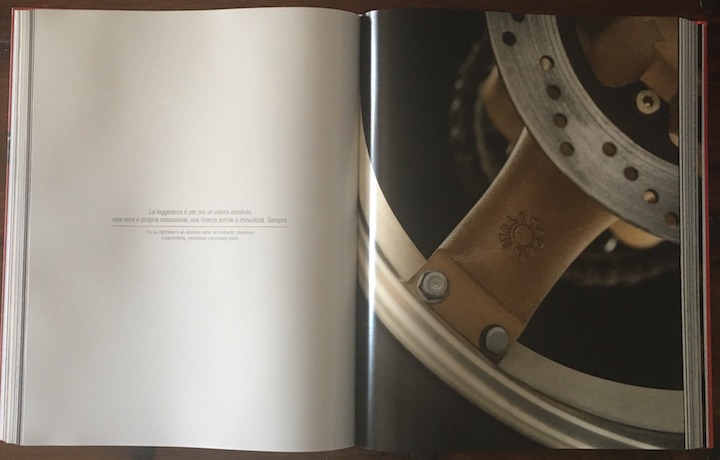 Text and design were created by Ducati. As the subtitle suggests, this is a visual history. It covers 19 emblematic machines, mostly in close-ups. The over 150 photos are by Giovanni De Sandre, from the 1946 Cucciolo to the 2016 XDiavel, Multistrada, and Panigale S. Since the book is created by the company one can’t very quibble with what its top people seem to think best represents their brand values (no 999 or SportClassic for instance). 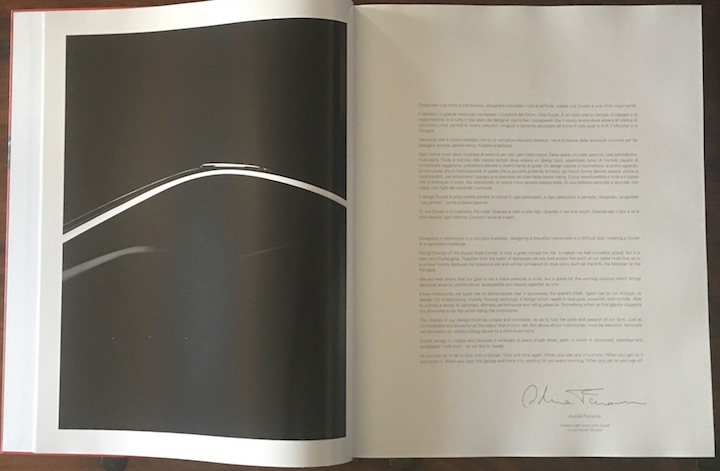 Other than brief intros by CEO Claudio Domenicali and Design Director Andrea Ferraresi (above) there is no further text except for the short but well-crafted synopsis preceding each of the bikes and the occasional quote. A 2-page timeline at the end (below) presents highlights in the company’s history. 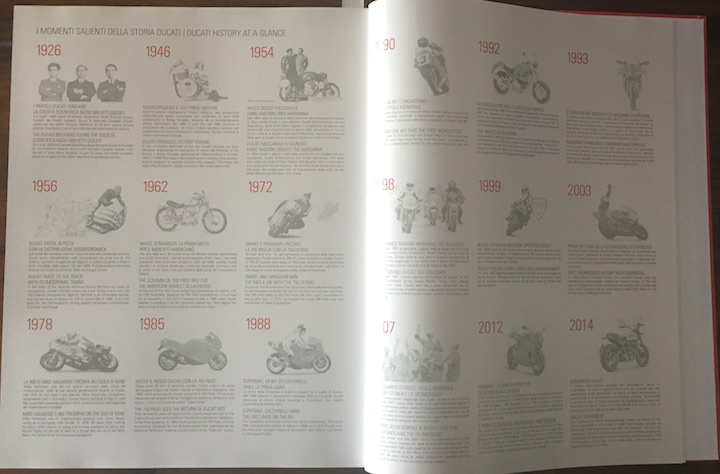 There are no page numbers, no table of contents, no index, no photo captions accompanying the photos (more on which later)—this book is in every way geared towards the reader who is already fluent in all matters Ducati and simply wants to salivate over the photos.

If the brand is new to you, the sumptuous images may well entice you to want to find out more but the photos on their own really do not suffice to “reveal” the considerable technical wizardry that has rightly made Ducati famous.

A gratuitous comment, simply because it’s a bit of an inside joke: in the early days of motorization, certain countries/cultures “earned” reputations for various characteristics of the machinery they built. We all know the nationality of the Prince of Darkness, we all know who used spent espresso grounds as rustproofing, we all know that Italian cars and bikes have a reputation for being, to put it politely, not robust. This anniversary book is all about saying that Ducati stands for professionalism, competence, sophistication, allure. As an aside, followers of the marque know that this is really only true after around 1994 but in the context of this book, which claims “attentiveness to style and design”, it does not make a good impression that it contains glitches. For instance, the list of photo captions for the last bike contains 7 captions—but there are 8 photos and the last 3 are out of order: 7, 6, no ID, 5. 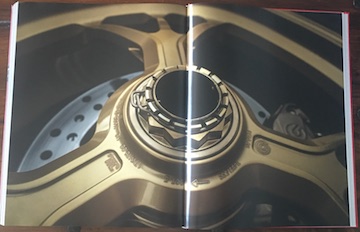 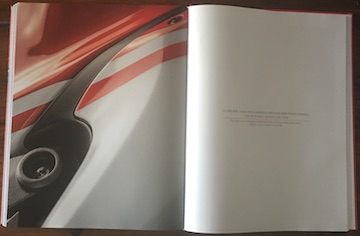 To some this is amusingly “Italian,” to those who don’t yet know which of these two photos is the seat attachment and which the rim it’ll be frustrating.

A more substantial anniversary book is Ducati, 90 anni di eccellenza italiana (no English version) by Daniele Buzzonetti but it has an entirely different flavor and purpose.