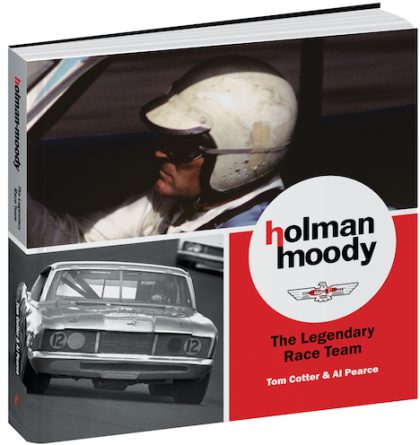 by Tom Cotter and Al Pearce

“Decades before Roush Racing, Hendricks Motorsports, Penske Racing and the other mega NASCAR teams emerged, two guys with no formal training built a racing business empire the likes of which the world had never seen. Hundreds of employees, multiple locations, national and international programs, multiple disciplines and success on all fronts, Holman-Moody answered the question nobody had asked: Could racing be built into a successful, profitable business?”

“Competition Proven” was not just an idle marketing boast: Holman-Moody had such wide-ranging and lasting influence that it was inducted into the Motorsports Hall of Fame of America in 2005. They are still in business today, albeit no longer as a race team. And if the movie Ford v Ferrari, which basically skips over H-M’s entry in that 1966 Le Mans race, has you yearning for your own proper GT40, H-M is the one place to go for a brand-new authentic continuation model. This book was the first to introduce that story into the record and devotes almost 40 pages to it. 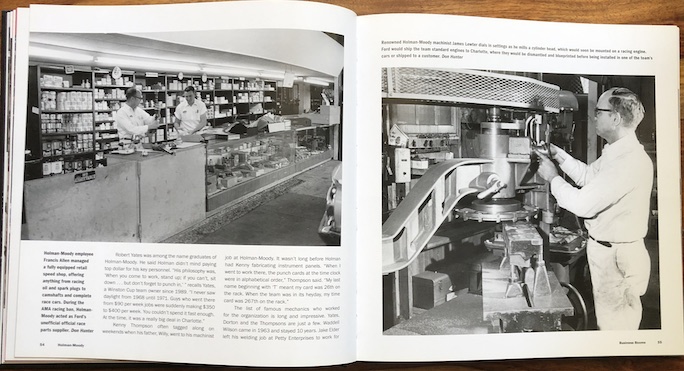 H-M was way more than a Speed Shop. From the retail side to the engine shop, everything is discussed here, even boat racing and marine engines. 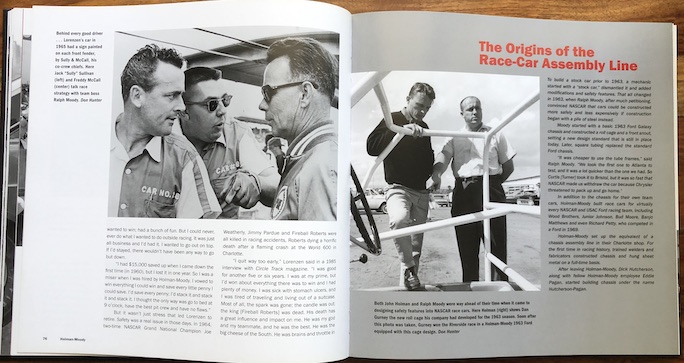 Founded in 1957, the firm’s multitude of activities could fill a much bigger book than these 256 pages. Penned by Tom Cotter, also a name attached to a multitude of car-related activities (not least the Barn Find series of books and videos) this is in fact his very first book effort. If the book title sounds familiar it may be because you’ve seen it years ago, when it first came out in 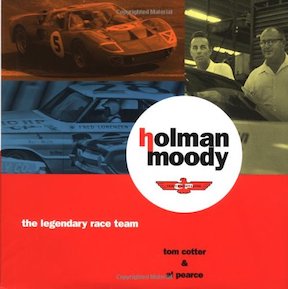 2003 published by Motorbooks (with a different dust jacket and ISBN, 978-0760308752). That edition, reprinted several times, had been edited by one Lee Klancher who would go on to start his own publishing company, Octane Press. Noticing that used copies were fetching hundreds of dollars, Klancher and Cotter took that as a sign of continued demand and decided to bring out this second edition in 2013. Why then? Ah, the book doesn’t say, even though there is an updated Foreword so let’s speculate that it had to do with Ford launching in 2014 a special Mustang with a Holman-Moody TdF package. TdF, as in Tour de France (the 4000-mile auto rally)—which explains “2014”: that was the 50th anniversary of the “secretary’s car”—as some pundits had been calling it—locking up the Touring class podium with 1st, 2nd and 3rd places in Mustangs campaigned by Alan Mann Racing. And that 1964 Mustang had been breathed on by H-M too. So, it all adds up, don’t it?

One other thing the new Foreword doesn’t say is why the second edition is a few pages longer than the first. It’s because of a new final chapter—about the busy post-2002 era including the aforementioned TdF car. Audience participation is all fine and dandy, but wouldn’t it be easier to just spell things out? On the downside, that one new chapter introduces Edsel Ford’s name into the record but then renders it inconsistently (on the same page no less) and, to add insult to injury, fails to include the name in the Index altogether. Grrr. Speaking of Index, not all occurrences of any one thing/person are reflected. Grrr. On the other hand, that there is an Index at all must be applauded.

Co-author Al Pearce, award-winning racing journalist, refers to the book as Cotter’s “labor of love” and you do get that sense right from the beginning, not only because he chipped away at the project so many years but because right from first clapping eyes on the old H-M building right in his own backyard (Charleston, NC—“which is to stock car racing what Hollywood is to the movie industry”) Cotter ruminated: “if only these walls could talk.” Well, they do now. 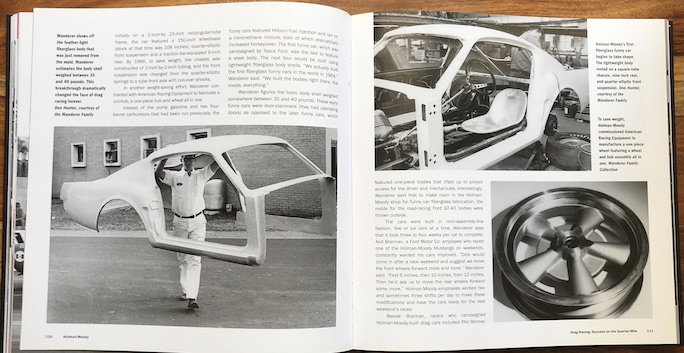 Shelby American fans will gird for battle when they read here that Shelby copied the setup of his race cars from H-M. There certainly was no love lost between the two companies.

Just because it is obvious does not make it any cheerier—if this book were written today it could not have drawn on so many first-person reminiscences that add such color and authenticity to the story. If you picked up pretty much any book about post-1950s racing, especially US teams, you’d come across scores of people who cut their teeth at H-M. This long roster of alumni is all the more remarkable when you consider it in the context of the two guys that started the operation who are said, time and again, to “never agree on much.” Thus, Chapter 1 is aptly named “Opposites Attract” which is something you hear often in the context of relationships but is an exhausting way to live. John Holman and Ralph Moody made this dynamic work for 15 years in which H-M became “as much a religion as a racing business.” 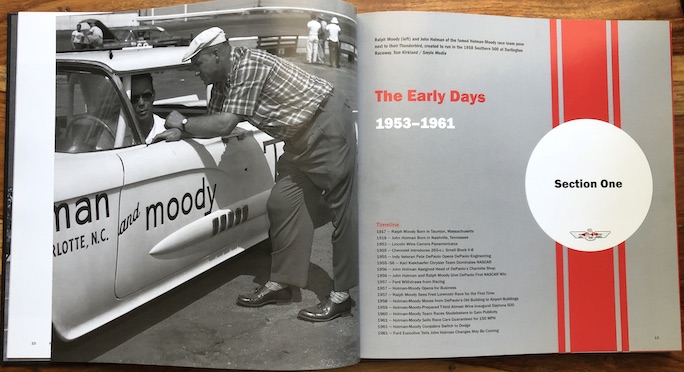 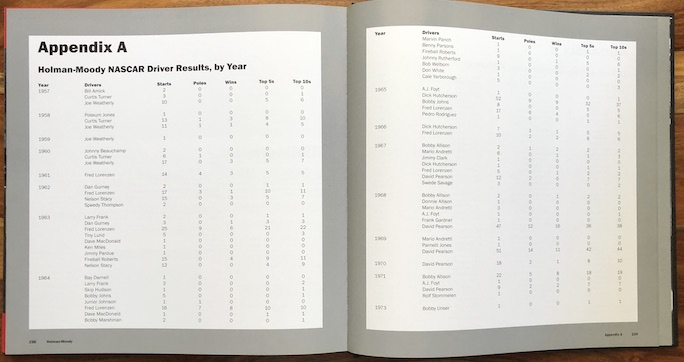 Sixteen pages of tables! Even the prize money is listed!

NASCAR impresario Humpy Wheeler says in his Foreword that “H-M was to motorsports what the Packers are to the NFL, the Brooklyn Dodgers to baseball, and the Celtics to basketball.” After reading the book you’ll know why. Thinking back on the first edition, it is odd that its price escalated so quickly and remains a multiple of its MSRP still today whereas this new and improved second edition is not sold out, still in print, still listed at the original price. Grab one, people . . . the publisher has it right now on their website for only $50!

by Al Pearce and Tom Cotter

The Coca-Cola Trail »
« Powered by Porsche, The Alternative Race Cars