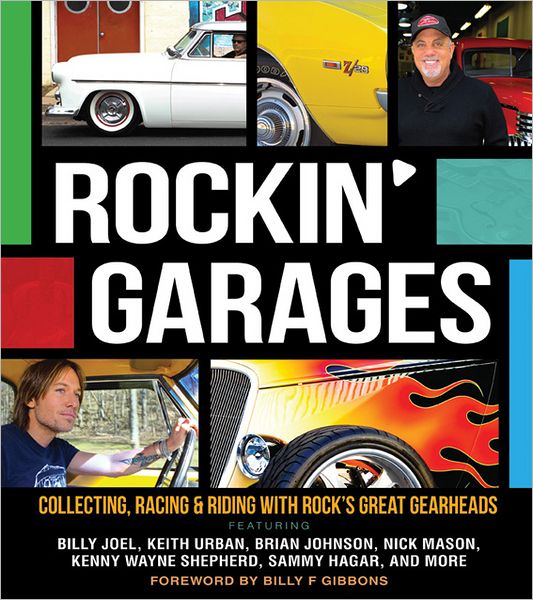 Whether it’s Pope Benedict’s Mercedes, Bill Clinton’s El Camino, or Cary Grant’s Duesenberg, there is always interest in celebrity rides. The music and car culture/s seem particularly and almost inevitably connected which is why this book gives us a look at twenty stars from the popular music world who are also car enthusiasts. 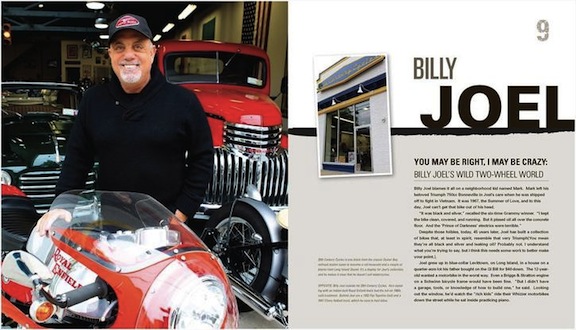 The writers cast a wide net both musically and automotively. Their ecumenical spirit dialed up to eleven, they cover everything from heavy metal to folk with pop, country, and hip hop in between. Included are AC/DC screamer Brian Johnson, blues virtuoso Kenny Wayne Shepherd, hip hop’s Sir Mix-A-Lot, folkie Arlo Guthrie, Billy Gibbons, Mick Fleetwood, Nick Mason from Pink Floyd, country’s Keith Urban, Billy Joel and a dozen other MTV alumni. The number of surprisingly alive old rockers might suggest that car collecting is the thirteenth step in their twelve step programs. Notable for their absence, however, are A-listers Eric Clapton, Jeff Beck, and Neil Young. 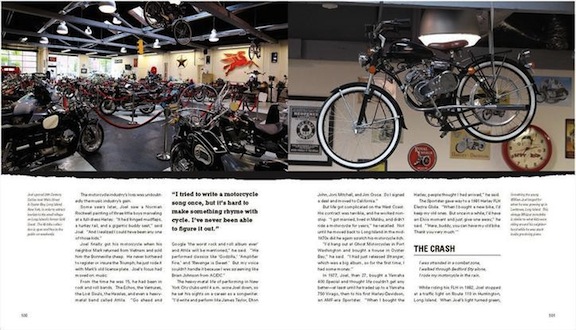 Each chapter is devoted to one of the stars with pictures of them posing, stylin’, or clowning in the midst of their machinery. Ross shoots the favored cars and bikes in their natural habitats to give us an informed insider’s look at the workshops and garages. The writers, for better and worse, pass on the opinions, observations and sometimes meandering narratives of their subjects. We are reminded that the stories, like those we hear at Saturday breakfast with the car club, have certain similarities. The themes are familiar, the names interchange, some are well told, some not. In the case of this book, the weight of the story derives from the teller’s celebrity.

For the reader hoping for some insight into the creative process or the aesthetic and cultural linkage between cars and music, Cotter offers, with academic back-up from a rock musicologist, the familiar—and faulty!—caricature of the alienated and marginalized kid finding solace in the “low culture” of the garage or garage band. On behalf of all the young heroes who built cars that could lay 300 ft of rubber leaving the high school parking lot or who caused riots playing with their bands in the gymnasium, we reject this weary stereotype! Imagination, ambition, and skill are required for both disciplines and the subjects of the book are certainly high achievers. If anyone has had the experience Cotter describes, it speaks more to the irrelevance of those schools than any universal condition!

Cotter considers this “the coolest book I have ever written” and Gross waxes about “true car guys.” The key criteria for inclusion is said to have been “availability” of the artists. Certainly plausible but was it really only that, or lack of truly grasping the big picture, that accounts for there not being a single woman among this group or 19 of the 20 musicians being white? For the authors not to preemptively raise this issue begs many questions.

Motorbooks, the publisher, has put some effort into the production of Rockin’ Garages. It is a large and colorful book. The production values are modest, however, and the rough edges indicate that it may have been rushed to print. The retro cover design is a curiosity—surely there is a single Ross image that would have told the story more effectively.

Although Rockin’ Garages may fall short in the estimation of hard core car people or musicians or people who really think about cultural stirrings, it is often entertaining and should find a home with a more general audience.

Posted Under: Automobiles, Motorcycles, Music, Other Genres | Author: Other | No comments yet