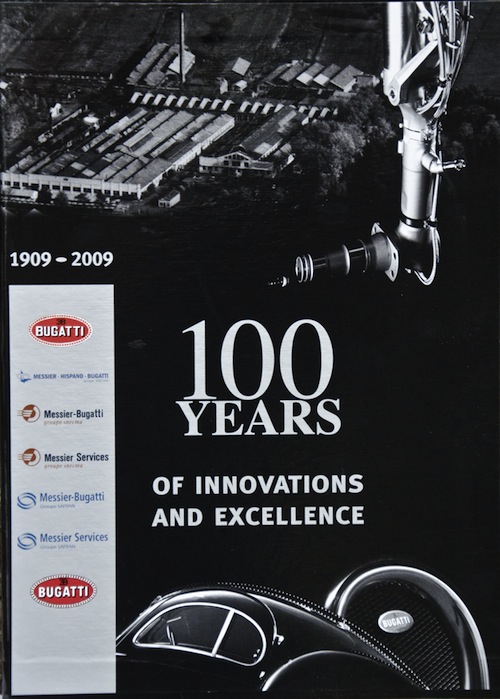 Another Bugatti book, you say? (Yes, I can hear you think.) But this one is neither the usual coffee table tome nor the erudite and exhaustive work of a hyper-specialized historian. It covers such diverse angles that at first sight the book seems almost disconcerting because its eight chapters seem to have nothing to do with each other—except that they all have a Bugatti connection. While they are in chronological order, the eight authors must have worked in complete isolation from each other.

An Appendix presents Bugatti logos from 1920 to 2009 in 35 illustrations. Taken all together, this book is a transversal study of the Bugatti history. Many readers will learn quite a lot about private matters, patents, factory issues, and even those enthusiasts who are already familiar with the history of the marque will find useful bits here.

The French original (Cent ans d’innovation et d’excellence) is not currently in print; the English translation often reads like a word for word job without any attempt at fluidity and readability in the target language.

Posted Under: Automobiles, French | Author: Andre Blaize | No comments yet