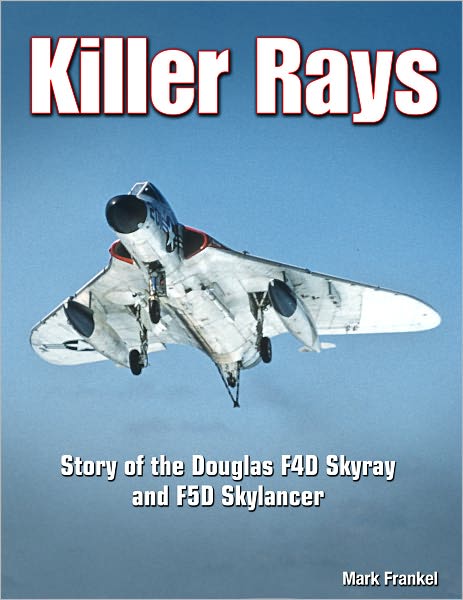 There are times when you can judge a book by its cover.

The striking photograph of an F4D-1 of VF-23, gear down and tail hook at the ready, crossing the fantail of the USS Hornet (CV-8) only a moment away from hooking the arresting wire, definitely captures the undivided attention of anyone seeing this dramatic sight, even if secondhand. The photograph gives an excellent reflection of the contents of the book. It is a great start to what can only be described as a very good book.

The one thing that the cover photo does not show is the very feature that makes the F4D a delta-wing aircraft from an aerodynamic standpoint: it has no horizontal tail, which is why, for instance, its stablemate Douglas A-4 Skyhawk is not considered a delta wing. Although vaguely familiar with the Douglas F4D Skyray, I readily admit not being very familiar with its development and rather short operational life. I also admit that when it comes to delta-winged aircraft, Douglas is not necessarily the first company that springs to mind: Convair, Northrop, and the Mirage series being those I think of first. Yet, there was both the A4D (the A-4 after the round of aircraft redesignations in late 1962) and the F5D from Douglas.

Yet another product from the team led by Chief Designer Ed Heinemann at Douglas Aircraft, the F4D—officially the “Skyray” but known to those who flew and maintained it as the “Ford” (nothing to do with the car but the “Four” and “D” of its designation)—was the first of the Naval carrier jet fighters to really give the land-based Air Force jets a run for their money. That the Skyray was the first carrier aircraft to hold the world speed record, a feat the XF4D-1 accomplished in October 1953, gives some indication as to its potential. 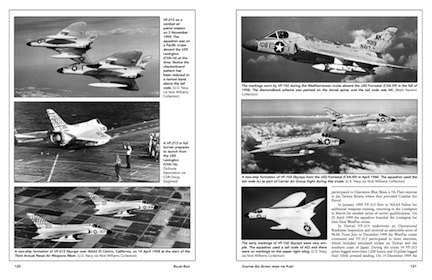 Author Mark Frankel lays out the history of the “Ford” so that there are several related stories that intertwine and which has the benefit of turning the book from yet another aircraft book into something a bit different. Frankel uses the Skyray to also track the parallel development of Air Force delta-winged aircraft, beginning with the XP-92 and its follow-on, the F-102 Delta Dagger. Another storyline that Frankel pursues is that of the engine that was originally to power the “Ford,” the Westinghouse J-40-WE. These two storylines add immeasurably to the book, in my view, providing the sort of context, even Zeitgeist if you will, to the story of the F4D. 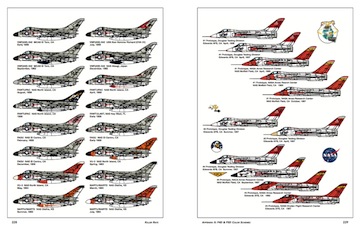 The photographs alone are reason enough to have Killer Rays on the bookshelf. The selection and placement of the photographs are excellent. Combined with the superb drawings by Jack Morris of the color schemes of the “Ford” and the F5D Skylancer in an appendix, the modeler, aviation historian, or anyone who is simply an aircraft enthusiast will find here a treasure trove of images regarding this aircraft.

So, yes, in this instance, the cover does justice to the contents. Mark Frankel provides the reader with a well-written account of the “Ford” and, more importantly, places it within the context of its time. This is the sort of book that one wishes he came across more often. Highly recommended.

Author Frankel—a former U.S. Navy lawyer—flies his own Skyray, a 78″-long turbine-powered radio-controlled version to his own design! He’s been an avid RC enthusiast since childhood but also flies full-scale planes such as the Piper PA-28 Archer he owns.