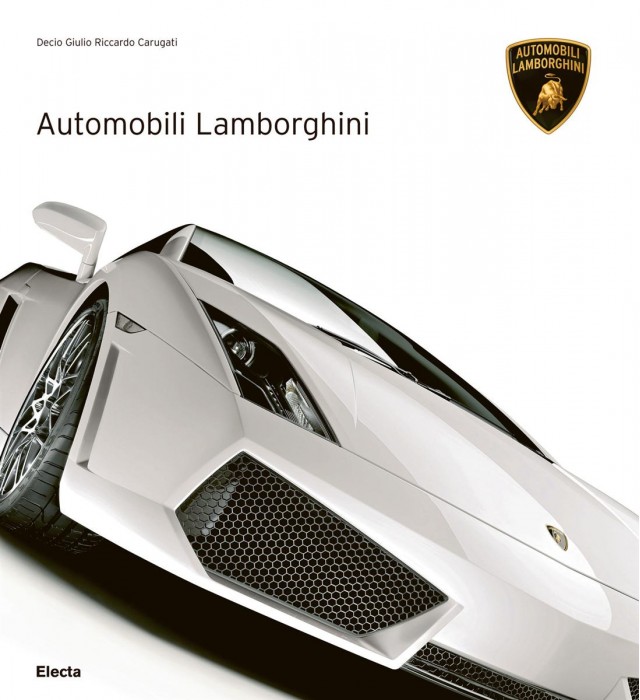 “Countach!!” That’s what you’d say if you were Italian, northern Italian specifically, and beheld a beautiful woman. It’s also the word stylist Nuccio Bertone is said to have exclaimed upon first laying eyes on the prototype then known merely as Project 112. The name stuck (so much for the tired yarn that all Lambos are named after bulls) and countless posters of the Lamborghini Countach were stuck to the walls of countless impressionable youngsters who wasted countless hours scheming how to get to first base with either it or that other iconic poster child of the day, Bo Derek. Little did they know that they weren’t missing anything.

This book is a praise of the marque, not an appraisal. It is a beautifully presented undertaking, brimming with most delectable photos. It’ll make every Lambo owner proud to have a key fob with a charging bull on it in his/her pocket—but it won’t tell you that that Countach tore your arms out of their sockets trying to park it, was deafeningly loud and swelteringly hot inside, had a dour cockpit and notchy shifter and abysmal visibility.

It is understandable that CEO Stephan Winkelman’s Foreword should sing his firm’s praises and there’s nothing intrinsically wrong with author Carugati’s enthusiastic, uncritical treatment of the topic—as long as the reader who is asked to part with a not inconsiderable $95 knows what’s what. Other than featuring the marque’s logo on the cover the book itself draws no attention to it but in its press material the publisher emphasizes that it is “the first official book on the master car manufacturer to be certified with the exclusive Lamborghini quality trademark.” This book is an inside job then, a promotional product.

“The text tells the story rapidly and readably, often in the words of those who helped create the carmaker, while the images pursue the story or anticipate the excitement” and, as Carugati says elsewhere, “. . . with words and illustrations tracking each other in riveting sequence, like the crescendo of a musical figure.” “Rapidly” is certainly an apt choice of word inasmuch as the story races through some movements while lingering in others, not quite playing every note in the opus. It is a fun book, serious and thorough only where it wants to be. And while there is a lot in here, it’ll be up to you to find it: no Table of Contents, no Index, no page numbers.

Carugati has established himself as the dominant commentator on all things related to design and culture, especially of an Italian flavor, from furniture to yachts. This book is part of the publisher’s “Design & Industry” series of which Carugati is since 2004 the Scientific Director. He is widely published, active in academia, and certainly does have a large and sound frame of reference for offering meaningful commentary on the brand values and design language and even manufacturing aspects.

The story arc goes from the 350GTV to the Estoque, from the 1960s to the current era. It begins with a somewhat ponderous exposition of literary and cultural reference points for the idea of speed, how “a certain kind of physical build expresses an innate tendency towards defiance,” how, in other words, Ferruccio Lamborghini and his cohorts couldn’t help build the cars they did. Less excitable folk will find this all a bit contrived—“Speed is in the DNA of the men ‘who speak like nature, like things, the successive layers of things and what they tell us about human affairs,’ writes Giuseppe Raimondi in Cara Italia. ‘Speech springs on the mouth to the cadences of the heart, the laws of custom, and the character of every living being, enfolding and endowing it with sound and sense.” At some point this does lead to valve timing and wheel bolt patterns but you’ll have to work for it. . .

It is the photos that make this book really, really nice. All are attributed to Lamborghini’s Archivio Fotografico but they are not run-of-the-mill promotional photos. Even if you’ve collected every factory brochure ever made, most of these photos were never seen in them. They are properly staged, technically and artistically sophisticated museum-type photos of cars and their details and many are reproduced here at a formidable size across two pages. They are accompanied by scores of period illustrations including PR shots, photos of the plant and prototypes, ads, and technical and fine art renderings. The only reference to Lamborghini’s sporting exploits is in form of the Miura P400SV but there’s nothing about the 1989–1993 Formula 1 engines (supplied to Larrousse, Lotus, Ligier, Minardi, Modena) or the V12 marine engines (8,171 cc/940 hp) powering the World Offshore Series Class1 powerboats.

Readers with an eye for book design will marvel at the production values, use of two different types and weights of paper, and a layout as bold and brash as the (modern) cars themselves.