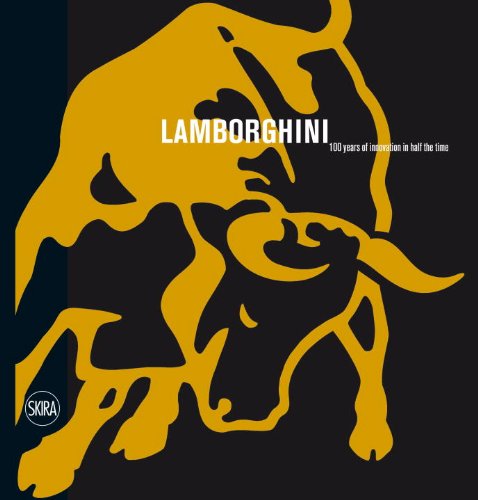 “Browsing through pictures of Lamborghini cars is like embarking on a mesmerizingly intense and swift journey to explore the deep-seated aspirations of an Italy which has just made it out of the war—of a people who have found not just the energy to rebuild their country, but also new symbols capable of representing it and bringing about a radical transformation of their way of viewing, employing and eagerly yearning after things.”

Yearning . . . hordes of schoolboys, Italian or otherwise, grew up lusting after the Countach they all had hanging on their bedroom walls. The few that would actually drive one some day would come to find out that looks aren’t everything. (It’s referred to as a “masterpiece” here, indicative of a certain bias we will talk about more.)

Somewhere in this book is a quote by engineer Gian Paolo Dallara who had joined Lamborghini after stints at Ferrari and Maserati (and whom he did not exempt from this comment): “The customer knew that if he wanted to take his wife to the theatre he had to use another car. You drive a Lamborghini partly for the pleasure of helping to develop the car.”

Nowadays, Lamborghini is absolutely on the cutting edge of a number of technologies, especially in regard to composites. 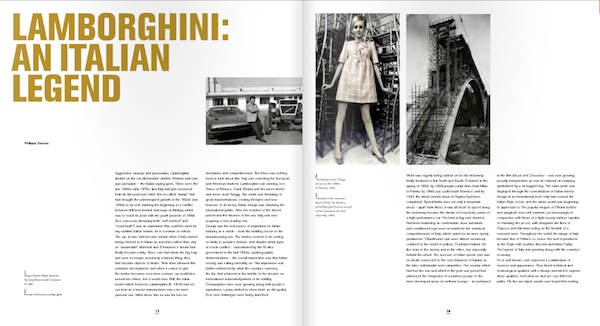 If the subtitle—which is also the firm’s official anniversary slogan—made you think Automobili Lamborghini must be fifty years old, you’d be right. Whether they’ve crammed a hundred years of innovation (cf. such industry firsts as engine placement, gearbox architecture, twin cams, elimination of rocker arms, or today’s Stop & Start and CDS etc.) into fifty, or how universally relevant a maker that builds less than 2000 cars in a good year can hope to be . . . well, those are questions that realists will answer differently than dreamers.

Realists may of course not be the sort of people who are tempted by Lambos—or who might be disposed to dismiss a company-sponsored anniversary book as idle chatter. Dream and myth and legend are words used often here and don’t make it easy to search for deeper meaning. Its first words are: “Leading a Legend into the more welcoming embrace of History is no easy task.” Even parsing what this might mean is no easy task! 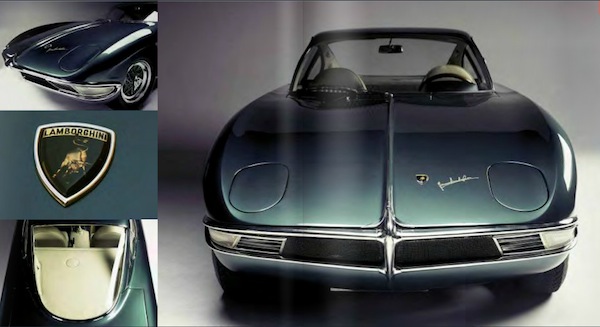 While to some degree such ornate language simply reflects the way Italians express themselves (the book was first published in Italian as Lamborghini, 100 anni di innovazione in metà del tempo, ISBN 8857218731), it also reflects the challenges faced by a book that by definition is expected (by the people that commission it) to be positive, upbeat, forward-looking.

However, the editors found an honorable way to keep this book from devolving into superficial advertising fluff. Porro is a PR veteran and here represents the corporate side, wearing since 2009 the hat of Director of Communication and External Relations at Lamborghini after many years as Head of Corporate Communications at Fiat Group and Director External Relations at Lancia. He started as an art and film student, and this begins to tick some of the boxes here. 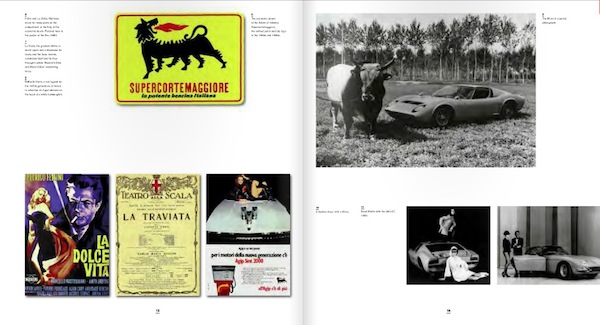 Molinari (b. 1966) also comes from a background that, broadly, fits under the “art” umbrella inasmuch as he concerns himself with the formal aspects of esthetics. He teaches Contemporary Architecture History, is a prolific writer and activist in this field, and is in charge of the Architecture and Design offerings at this book’s publisher. 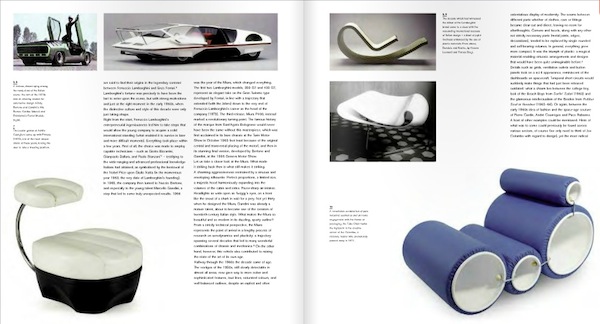 And that is the angle from which they approach this subject. Molinari sets forth in his introductory remarks that they mean to offer something “different” from your basic car book, combining “the voices and expertise of many different authors to help convey the complexity and richness of the Lamborghini world” to shed light on Lamborghinis both as cars and as expressions of a specific and specifically Italian esthetic.

That Italian Connection is not just artifice: in his architecture writings elsewhere Molinari likes to point out that in Italy there is an architect for every 470 inhabitants, as opposed to a European average of 1:1353. Also, Italy, with a population of only ca. 60 million vs seven billion worldwide, publishes 44.8% of the world’s architecture and design magazines. Meaning? Italians have design on their brain.

So, a number of experts with long resumes in their respective fields proffer insights: Philippe Daverio and Massimo Martignoni address design  issues; Emilio Brambilla deals with matters technical and mechanical; Alessandro Benetti looks at Lamborghinistas, i.e. what makes people at the automaker and among its customers tick (on several counts one of the most car- or industry-specific chapters here); Till Neuburg discusses advertising and Gian Luca Farinelli looks at Lambos in film; and Porro buttons it all up by talking about the Grande Giro he organized, the multi-day Grand Tour from Milan to the factory in Sant’Agata that was the main event of the anniversary year, 2013. (350 Lambos with a combined horsepower of over 190,000. You do the math.) 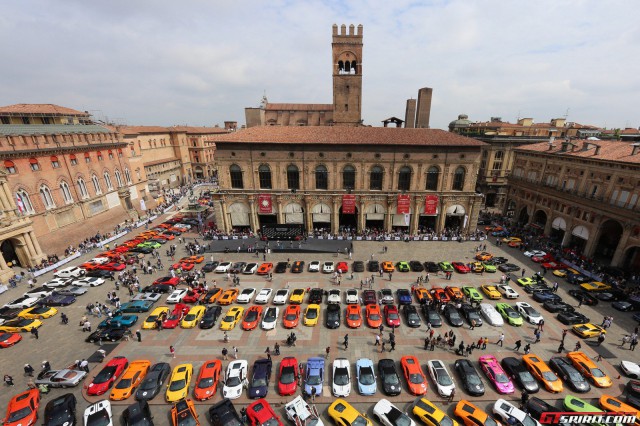 Every aspect of this broad approach is nicely illustrated and 23 Lamborghini models are shown (but not described) in detail.

If the measure of a book is whether or not it has enough substance to engage the reader, this one does. And unlike the cars, the book is cheap enough to be a painless indulgence.

For the sake of readers who care about such things it should be pointed out that the book is a hardcover but trimmed like a softcover, i.e. will sit flush on the shelf.