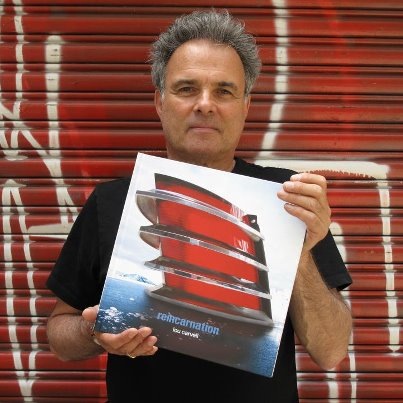 “Much like animal lovers, I have an affinity for strays. Every waking hour is spent scheming how to afford yet another vehicle. I fraternize with other automobile addicts. I deprive my family of valuable quality time by attending various car shows. I find ingenious ways of diverting hard-earned family funds to keep them all running. To me, batteries, brake jobs, and tires rank right up there ahead of food, clothing, shelter and education. I secretly think about raiding my son’s sacred college fund in hopes of expanding my garage to feed my four-wheel habit.”

No, you can’t. Come up with images like these, that is. It is always the danger with art that a viewer may end up thinking, “Big deal. I could have done that! My dog could have done that!!” Well, try. Picasso’s fragmented angular faces look easy. Keith Haring’s stick figures look easy. Egyptian hieroglyphs look easy. But there’s a world of original thought behind them. And nothing is harder than to look at a blank piece of paper / canvas / clay / screen—and see that which does not yet exist. And then have the technical skill to make it happen.

You could think of Carvell’s images as collages but they are more than a mere grafting of one image into/onto another, they are—some more successfully than others—so symbiotically integrated that the resulting composite looks so believable that your mind has to make an effort to disassemble it into its constituent parts: 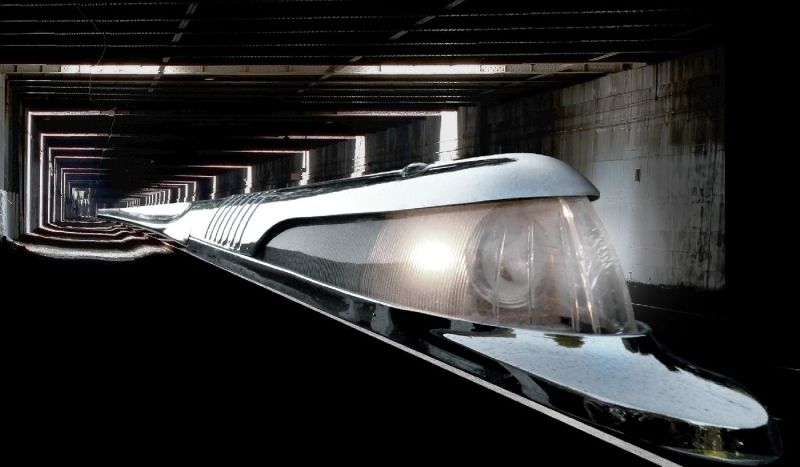 The more obvious, seamless, convincing the composite looks, the more the viewer is tempted to consider the end product “inevitable.” Anyone could have seen that! Anyone would have put the parts together that way. Where is the ART in this? 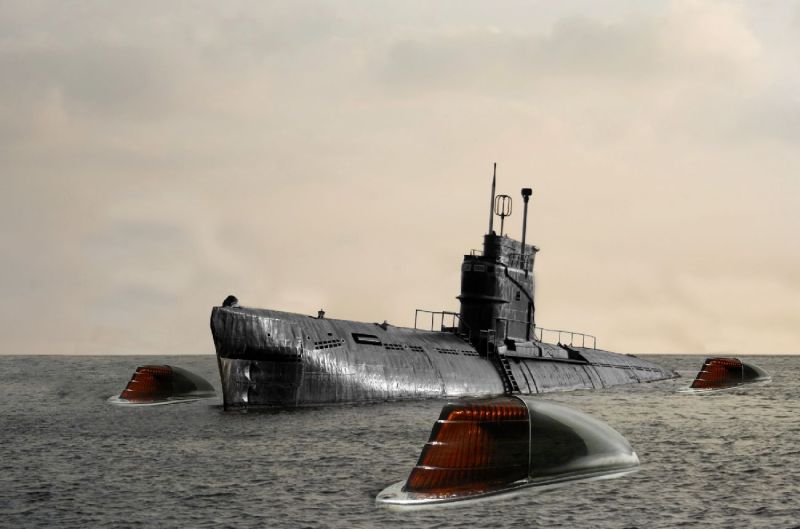 Again, try it yourself. Even Carvell doesn’t usally have a fully fleshed out idea in his mind when he starts. What he does see is potential, and before that, simply the beauty of pure form. In fact, the project started by just shooting the pieces by themselves, against a white background which accentuated their sculptural qualities.

Imagine finding a part like this at the flea market: 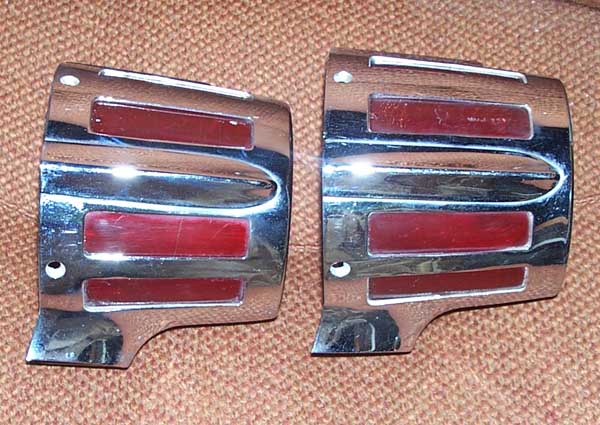 Then letting it spark associations: 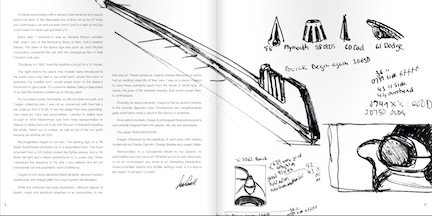 And ending up here, with a clever title to boot: “We are not alone” 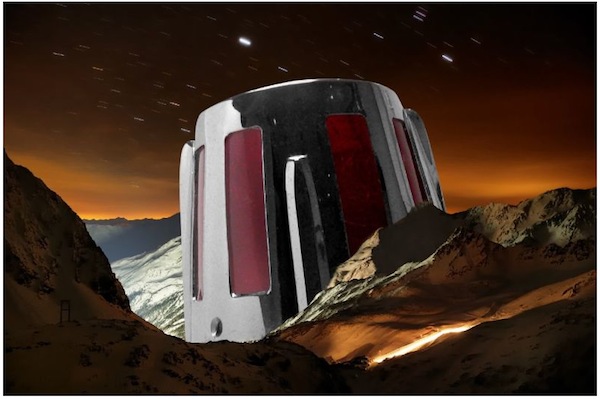 Only in hindsight does it look obvious!

Reincarnation is an obvious, an inevitable title for a book that gives old car parts a new purpose, or at least context. For Carvell it has another meaning: surviving a heart attack, being given a second act. Already before that schism Carvell dealt with visuals as an ad man, running award-winning campaigns and his own NYC agency. He says he had a thing for cars already as a young boy, not only knowing one brand from another but the exact model, who designed it, and what was under the hood. Where other boys rattled off baseball stats, Carvell rolled around Figoni and Tatra in his brain. And he could draw, well enough to attend the School of Visual Arts, a multidisciplinary college of art and design in Manhattan founded in 1947 by Silas Rhodes and Burne Hogarth as a trade school for illustrators and cartoonists that would become one of the premier US schools for art and design. He’s also a collector of cars and car parts so, yes, a book like this seems a natural fit. 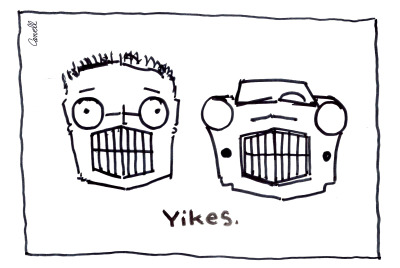 Speaking of book: these images don’t necessarily have to come in this coffee table 12 x 12″ book format. You could buy them as prints, individually or collectively. Probably in different sizes. Probably in different applications. If you were at the Greenwich Concours in June 2012 you would have seen these pieces in printed and framed form at a size you could comfortable carry but they are also available in wall-sized format. This is the beauty of buying art from the artist: it is as scalable as your wallet is.

Posted Under: Art, Artists and Design | Author: Sabu Advani | No comments yet