Squire: the Man, the Cars, the Heritage 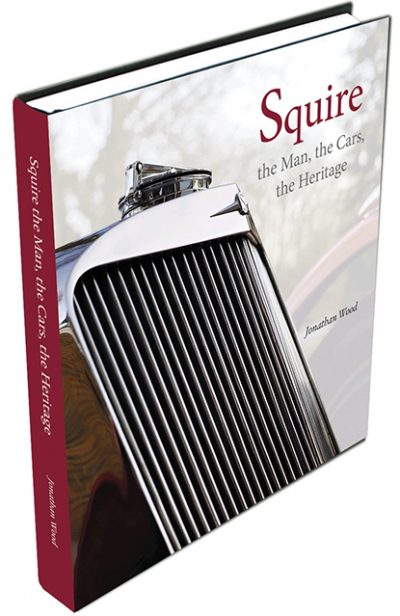 This is one of those rare books that happily comes to life against the usual odds of adverse happenstance. After all, a company that produced seven chassis and then goes out of business could easily be discounted and lost to automotive history. Yet, the sporting Squire motorcar solidly occupies its own niche in the twinkled eye of the prewar enthusiast and historian. It could be a story for the silver screen; the tale of Adrian Squire, the dashing young man enamored from an early age with the vision of creating a special car, with his first iteration of its specification and appearance drawn out by hand at the age of 16 in the form of a sales brochure. But the odds against this book’s creation go further. 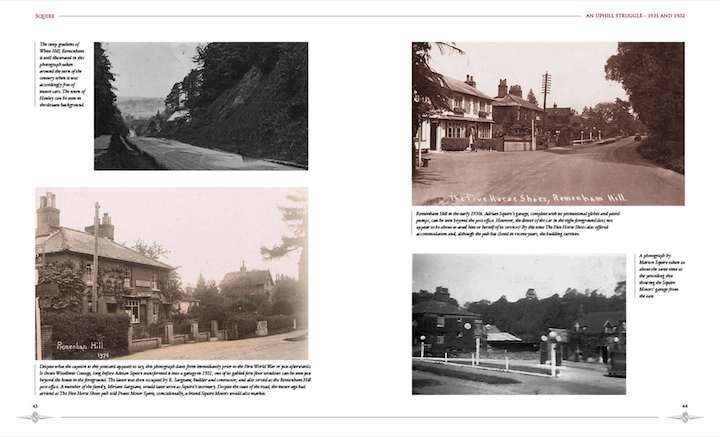 Author Jonathan Wood wrote: “If my retirement had gone to plan, this book would never have been written!” His last book, published in 2012, Rippon Bros.: A Coachbuilder of Renown, is clearly the seminal work on the subject, and it was recognized with the SAH’s Award of Distinction for a book in the English Language in 2013. But earlier that same year an idea grew resulting in four Squire owners coming together to pool their resources to commission Wood “to write the definitive history of the Squire,” who stated “I have to confess that I would not have changed my retirement plans for any other marque.” This is no surprise: the Squire was the first marque he had researched and writ- ten about in 1964. He first met Adrian’s son Anthony in 1965, who provided him with much information about his father’s life, as well as photographs and documentation. And for those who collect “Profile Publications,” issue number 64, The 11⁄2-litre Squire, published in 1967 was written by Wood. Clearly, the Squire twinkled in the author’s eye for decades. 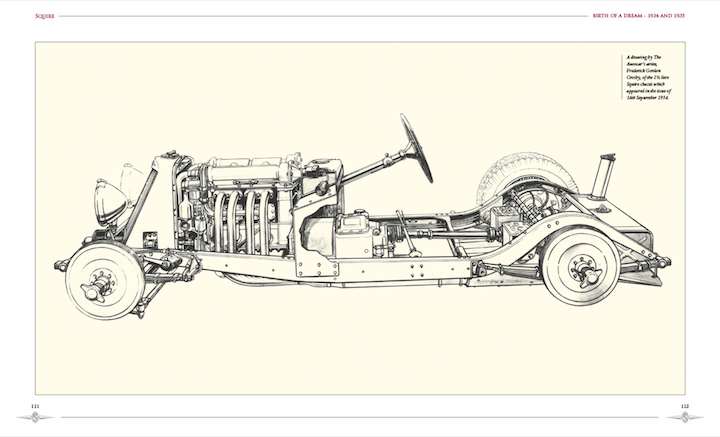 The author covers the subject in nine chapters, followed by a 108-page section called “The Squire Car-by-Car,” which tells the story and pedigree of each Squire made—the seven completed at Squire and the two completed by Adrian Squire at Remenham Hill. The next 28 pages cover ten appendices with interesting reference material. The index thoughtfully accommodates the reader by boldfacing all page numbers that refer to illustrations. 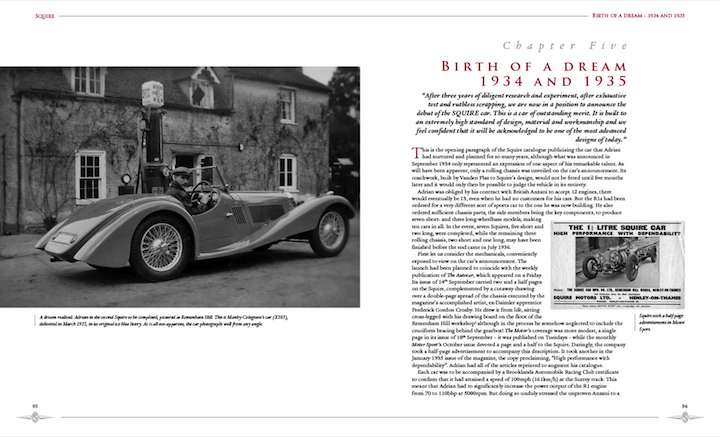 The £100 price is well in keeping with the size and print quality. It will look great on any coffee table . . . but it’ll never sit there for long; it’s irresistible to page through and enjoy the pictures, illustrations and captions. Read through with inquisitive attention—or just pick any page at random and let it suck you in. To heighten that book-lover’s experience, there’s a £200 version limited to 101 numbered copies (to resonate with the first chassis number of X101), signed by Adrian Squire’s son and daughter and the author, and bound in green leather with matching slipcase featuring a Squire radiator badge.

Like the light that shines brightest, it goes out soonest—Adrian Squire lost his life in 1940 at the age of 30 during an air raid on the Bristol Aeroplane Company’s Fulton factory. Beyond an interesting story about an interesting car, there’s a feeling of pleasant humane resonance to learn about someone that made happen all that he did so early in life, told by a skilled author who spent more years connecting with the subject than the years the subject lived—along with the legacy tale of all the surviving Squire cars. This authoritative work is highly recommended.

Bibliography, index, 10 appendices. Also available in a £200 leather-bound edition in slipcase. Society of Automotive Historians 2016 Cugnot Award winner. Winner of the 2016 Specialist Book Award in the RAC Motoring Book of the Year competition.

This review appears courtesy of the SAH in whose Journal 278 it was first printed.

Squire: the Man, the Cars, the Heritage