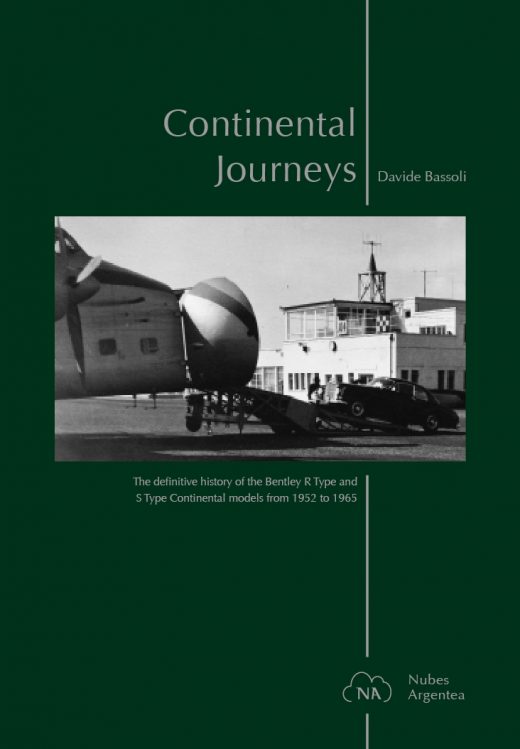 It was an important model in the history of the company, radically good-looking, ultra fast, and painfully expensive. The book will go fast too: there are only 600 copies (plus 25 of the deluxe leather version). And if you’re really fast with your order, the first 50 books ordered directly from the publisher will include a gratis numbered lithography of an R Type Conti for which everybody else will have to pay an extra €60. (Well, not everybody . . . only 150 lithos were printed.)

Speaking of piggybanks: not ten years ago the prices that R and S Type Continentals command these days, especially the fastbacks, would have seemed utterly absurd. (The market is still rising so maybe this book will motivate you to get one!) 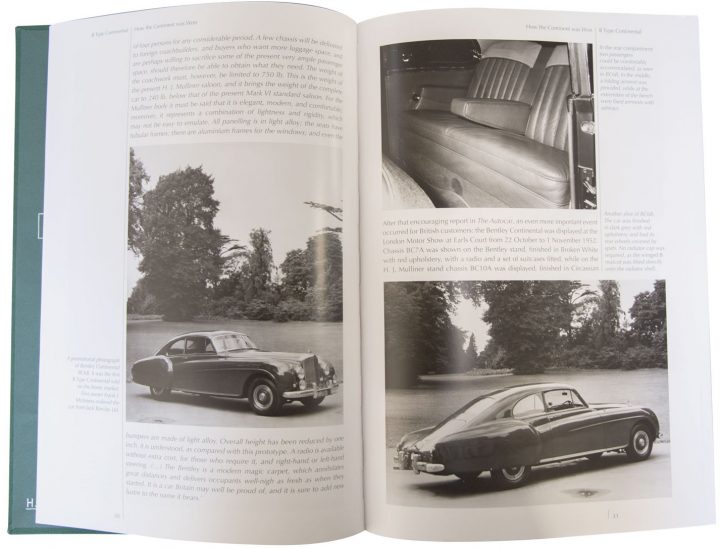 Books about well-documented, iconic 60-year-old cars can hardly be expected to contain anything totally new in regards to facts and figures; if anything, the greatest service they can provide is in weeding out inaccuracies that have crept into the record over time and establish a new, reliable baseline. Bassoli has done that, having gone directly to primary sources such as factory and coachbuilder records, recollections by principals, and traveling the globe to examine and photograph the actual cars. 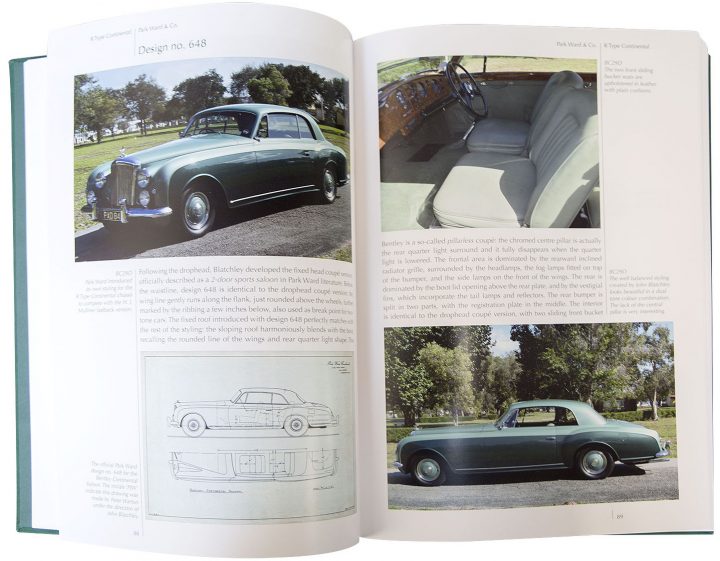 As to the latter, all the modern-day color photos are wholly new to the record and even 99% of the b/w period photos have not been used in those of his earlier books that cover this same period of time, 1952–65. The Continental was at the top of the food chain and so each and every one was coachbuilt—45 distinct designs by various coachbuilders. There is a lot of detail to describe and illustrate and on that score alone this book represents a thorough, reliable, reference-level benchmark. 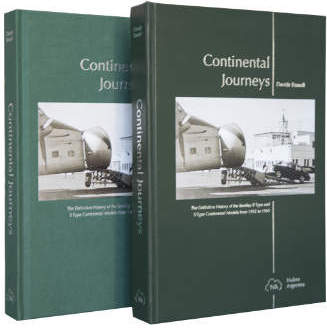 Anyone who is not already an owner or otherwise familiar with the Continental range should probably consult Appendix III first to sort out chassis number series, cf. BC1A is R Type but BC1AF is S1 whereas BC1AR is S2. (Newbies need to realize that the chassis number is the absolute critical data point among RR/B folk, thanks to meticulous record-keeping throughout the ages by the companies, marque clubs, and private enthusiasts.)

The book is dedicated to Chief Project Engineer Ivan Evernden in recognition of his heroic, often tilting-at-windmills effort to get this model off the ground. A quick tour of early high-speed Bentleys such as the Embiricos car and the Corniche and Cresta (note that the prototype, p. 14, is mislabeled as B477CD here but should be B447CD) ends with B9EW of 1949 as the direct jumping-off point for the methods of “lightweight” construction that would make the Continental possible. 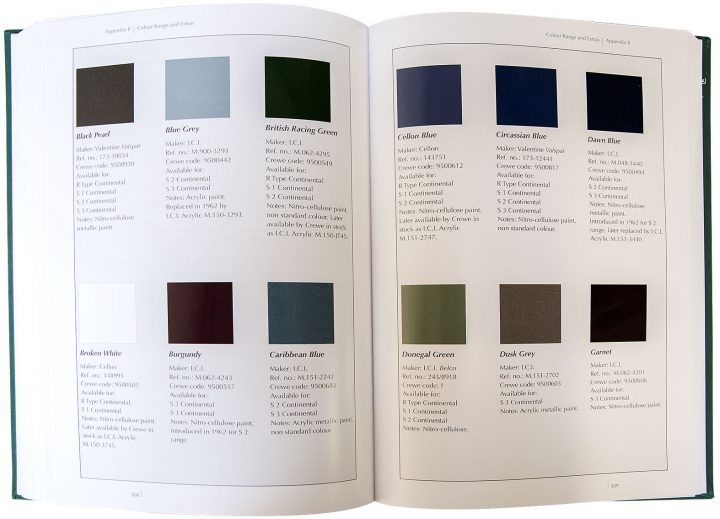 As both author and publisher Bassoli had only his own arm to twist to add several truly complicated production features: he reproduces pages of true-to-life color chips for exterior paint (above) and upholstery, something that takes many rounds of (expensive) trials to get right in print. Another treat is a cutaway drawing of a chassis overlaid with a piece of acetate showing the coachwork that you can peel back; see below: 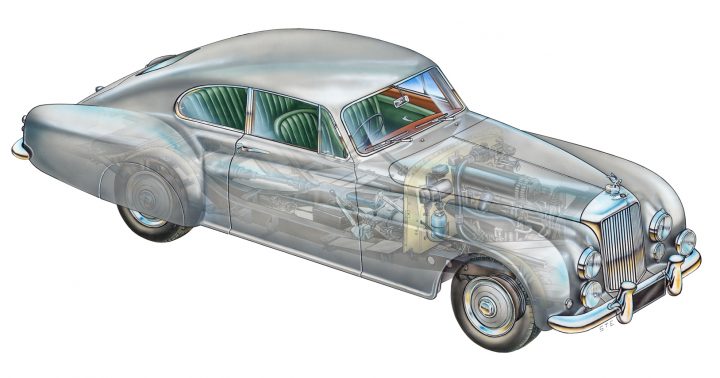 If Rolls-Royces and Bentleys are on your radar, all the marque books by this publisher need to be on your radar—and ideally on your shelf!